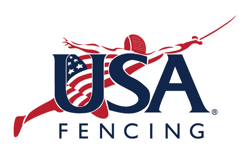 Click here to view the proposed Bylaws amendments that are scheduled to be voted on at the Annual meeting from Sept. 29-30 in Colorado Springs, Colo.

The procedures for amendment are as below:

Comments can be directed to members of the Board at officers@usfencing.org.