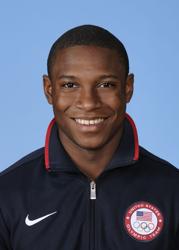 Homer’s finish allowed him to move up to ninth in the FIE world rankings – the highest position of any U.S. men’s fencer in any of the three weapons.

In the table of 32, Homer came back from a four-touch deficit in the second period to defeat Richard Huebers (GER), 15-13.

Igoe went undefeated in the pools on Friday and entered the table of 64 as the 19th seed.

Top eight and U.S. results, including athletes who placed outside the top 64 on Friday, are as follows: