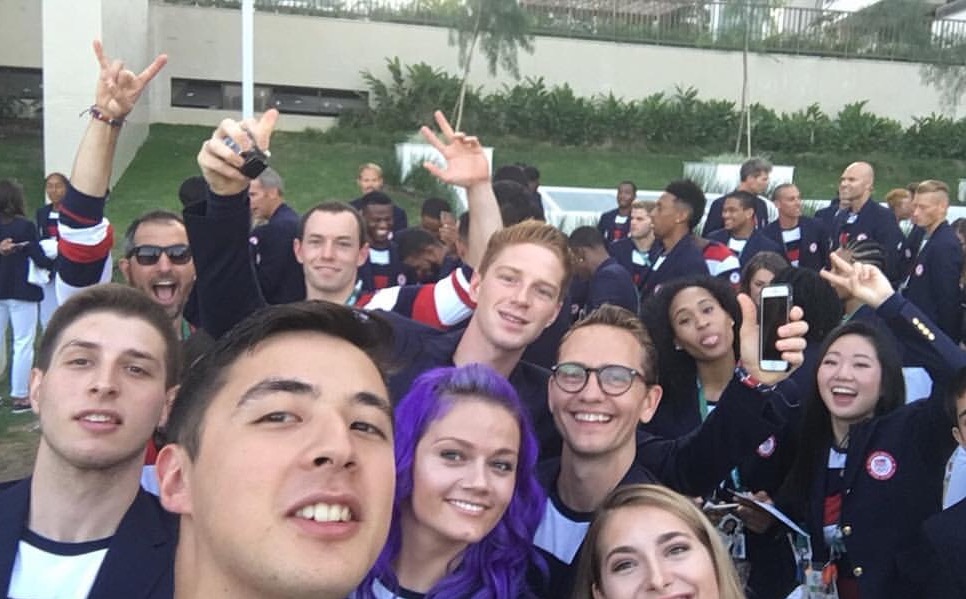 RIO DE JANEIRO – With dancing and drumming, a supermodel sashaying and a superstar leading Team USA, the Rio 2016 Olympic Games Opening Ceremony planted seeds of hope for the future.

Each athlete who marched into iconic Maracana Stadium Friday night for the Parade of Nations received a seed of a native Brazilian tree and a cartridge of soil. They inserted these seeds from 207 species – one for each delegation – into mirror towers to later plant the Athletes' Forest in Deodoro.

In one of the signature moments of the nearly four-hour night, the towers opened to reveal lush vegetation, forming the Olympic rings in green instead of the traditional five colors.

The “save the planet” theme carried over to the Olympic cauldron, a small, low-emission fire to symbolically reduce warming caused by fossil fuel and greenhouse gases.

Alas, the highest-wattage Brazilian sports figure was unable to light the cauldron. Soccer legend Pele, the odds-on favorite to do the honors, announced earlier Friday that he “was not physically able to attend the opening of the Olympics.”

Marathoner Vanderlei Cordeiro de Lima – famously obstructed by a spectator during the 2004 Athens Games and forced to settle for bronze instead of gold – was the final torchbearer and ignited the cauldron.

It then rose in the air, stopping in front of an undulating sun sculpture by artist Anthony Howe. Following the ceremony, the Olympic flame was taken to the center of Rio de Janeiro where a second cauldron was lit ... more>