(Colorado Springs, Colo.) – USA Fencing is pleased to announce the 2017-18 season’s final group of recipients for the Fencing Spirit of Sport Recognition Program, recognizing six members of the fencing community who have exemplified outstanding dedication to the sport and are an inspiration to others.

The six recipients for the fourth quarter’s Fencing Spirit of Sport Award are as follows:

Click here to view the selections from the first three quarters.

More information on each of our winners can be found below: 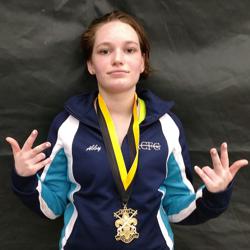 When Barr started fencing seven years ago, she was shy and the sport has helped her find confidence. Whether she won or lost on the strip, Barr maintained her positive attitude, remained dedicated to fencing and persevered despite being the only competitive fencer at her club, always making sure she was improving and having fun. In 2015, when she had outgrown her club, she began commuting 160 miles round trip for lessons and open fencing. Having once been the sole fencer from her club at tournaments, Barr remembers what appreciated receiving support from other fencers and now returns the favor, offering advice and encouragement.

“I think that Abigail personifies the ‘spirit of fencing,’" Bess-Marie Barr said.  “It's not about being an A-rated fencer that rarely loses a bout. It's about growth, sharing what you have learned with others and achieving a lifelong love of fencing.” 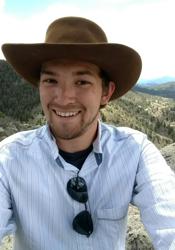 Fencing since he was eight years old, Ulm has been involved at several clubs, always willing to give help to anyone who needs it. He has volunteered at fencing classes, and has worked to grow the sport and share his love of fencing with others. He does anything possible to include everyone in the sport, starting a club in high school and in college at the Colorado School of Mines. This spring, Ulm graduated with a bachelor’s degree in geological engineering.

“Max is passionate about the sport and will most likely be involved for a long time,” Cindy Ulm said. 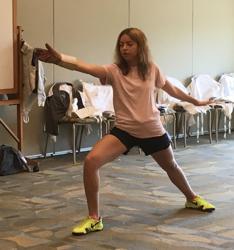 From the time she was in high school, Weiss has been incredibly involved and passionate about fencing. As a high school fencer, she was known as one of the most dedicated and as a captain in her senior year, she created team spirit and inclusion within the team. After graduating, she still spent time with the high school team when she was home from college, coaching the new and advanced fencers. In 2015, Weiss was elected chair of the Western Pennsylvania Division, helping to grow and promote the sport and visiting clubs as she created a referee development program. Now in her second term, she is working to grow fencing on a grassroots level and organized the inaugural Western PA Division Fight Strong! Fencing for the Cause Tournament, which raised more than $2,000 for the National Breast Cancer Foundation.

“My nominee, Olivia Weiss, is a person, fencer and coach for whom I have a lot of respect,” Dreyer said. “Despite her varied commitments, Olivia still finds time to regularly come to USCFC practices, encouraging and working with the fencers in foil, as well as beginning some epee instruction.” 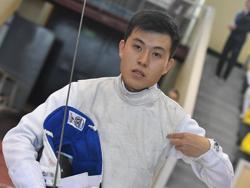 One of the most committed fencers at Le Club Touché, Chang is not only at the club practicing four to five times a week even with a full-time job, but he works with the kids at the club on his own time. He is a great teammate, always going out of his way to help others during practice or giving advice to the younger fencers. He is also involved in many other capacities, serving on the USA Fencing Athlete Council, working as a referee and helping out fencers at his alma mater by driving them to the January North American Cup in Virginia Beach.

“Jason is one of the most hard working fencers in our club. He is always kind and thoughtful towards his teammates,” Ostatnigrish said. “He is passionate about the sport … Jason always puts the sport of fencing first before everything he does.” 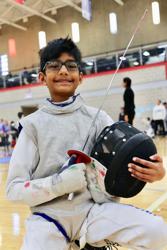 Even at just 10 years old, Deshmuk has been involved in many aspects of fencing. In addition to training and competing in Y10 and Y12, his interest in technology led him into armory work, and he began volunteering as an armorer at his club’s competitions at nine years old. At age 10, he attended a referee clinic and passed the referee exam, becoming one of the youngest qualified referees in the country, and has started refereeing at tournaments such as the Wang Memorial RYC/ROC.

“Arjun brings a spirit of dedication and good cheer to everything he does, and truly makes the most of every opportunity fencing offers him,” Mallet said. 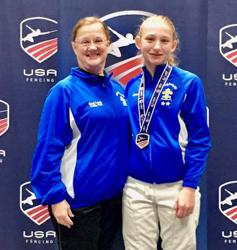 Vail may as well be known as the godmother to high school fencing in Georgia. As the vice chairman of the Georgia High School Fencing League for 14 years, Vail has helped develop thousands of fencers. She started the first fencing club recognized by a public Georgia high school in 2003 and has now brought 15 of the 19 member schools into the league, coaching all except two during their first year. In 2015, she expanded the GSFL to include B.E.S.T. Academy (Business, Engineering Science & Technology) at the Benjamin S. Carson Center, a Title 1 school, marking the first high school fencing team in a Title 1 school in metro Atlanta. Still coaching at four high schools, Vail also has organized demonstrations to promote high school fencing in the Capitol Rotunda the last three years.

“None of this would ever have happened without Kathy's passion, vision, organizational expertise, interpersonal skills, networking abilities, selflessness and sheer determination,” White said.