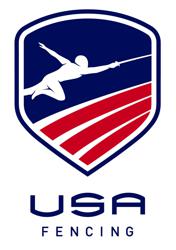 After examination of the event sizes and formats from recent seasons by the USA Fencing Tournament Committee and National Office staff, a series of format updates have been made for the 2019-20 national event season in order to improve the competitor experience for tournament participants.

The 2020 April North American Cup will include both Div II and Div III events as well as veteran competition.

Division I and Junior Seeding

In the past, at North American Cup and July Challenge events, fencers with at least two top-32 results on the FIE circuit (Junior/Senior World Cups and Championships and Grand Prix events) received seeding priority. Beginning at the 2019 July Challenge, only USA Fencing Rolling Points will be used. Foreign fencers with results at designated events are already being inserted into the NRPS currently. Using only the NRPS will alleviate confusion and help ensure appropriate and fair seeding for all competitors.

Both the Division I men’s and women’s épée events will utilize a one-day double-pool format at the North American Cups in 2019-20. July Challenge and national championship events will remain a one-day single elimination format.

Format details are as follows: 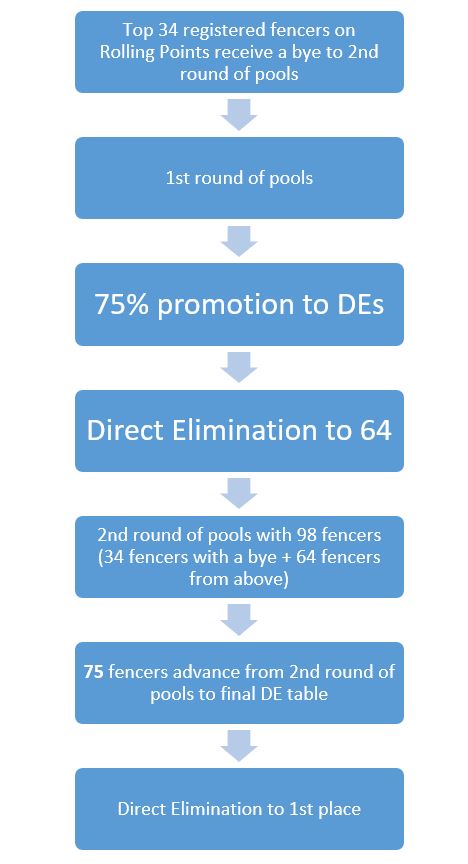 Beginning in 2020, 80% of the field will be promoted from pools into the direct elimination rounds for the Y12 and Y14 championship events. This is in line with the 80% promotion rate used for the cadet, junior, Division IA, Division II and Division III events.

In order to keep the youth events at the National Championships at a sustainable level with youth events not running exceptionally late each evening, the Tournament Committee looked at multiple options, including tightening the qualification paths as well as instituting a promotion process. The decision to utilize an 80% promotion method was made in order to allow more fencers the opportunity to compete at the National Championships.

Y10 NACs and championship events will remain at a 100% promotion rate.

Beginning at the 2019 October North American Cup, a maximum of 256 fencers will be promoted out of pools for all events. With a promotion rate of 75% currently being utilized for Division I events, rarely do tables of 512 occur. This change would only affect Div I field sizes greater than 341 fencers. At events with an 80% promotion rate (junior, cadet, Div IA, Div II, III, Y12 and Y14), this change would only affect fields with more than 320 fencers.

Athletes with a rating higher than those listed above who earned that rating prior to registration will not be eligible in order to make the competition field classification appropriate.

An exception will be made for fencers earning C ratings at a Division III division qualifier.