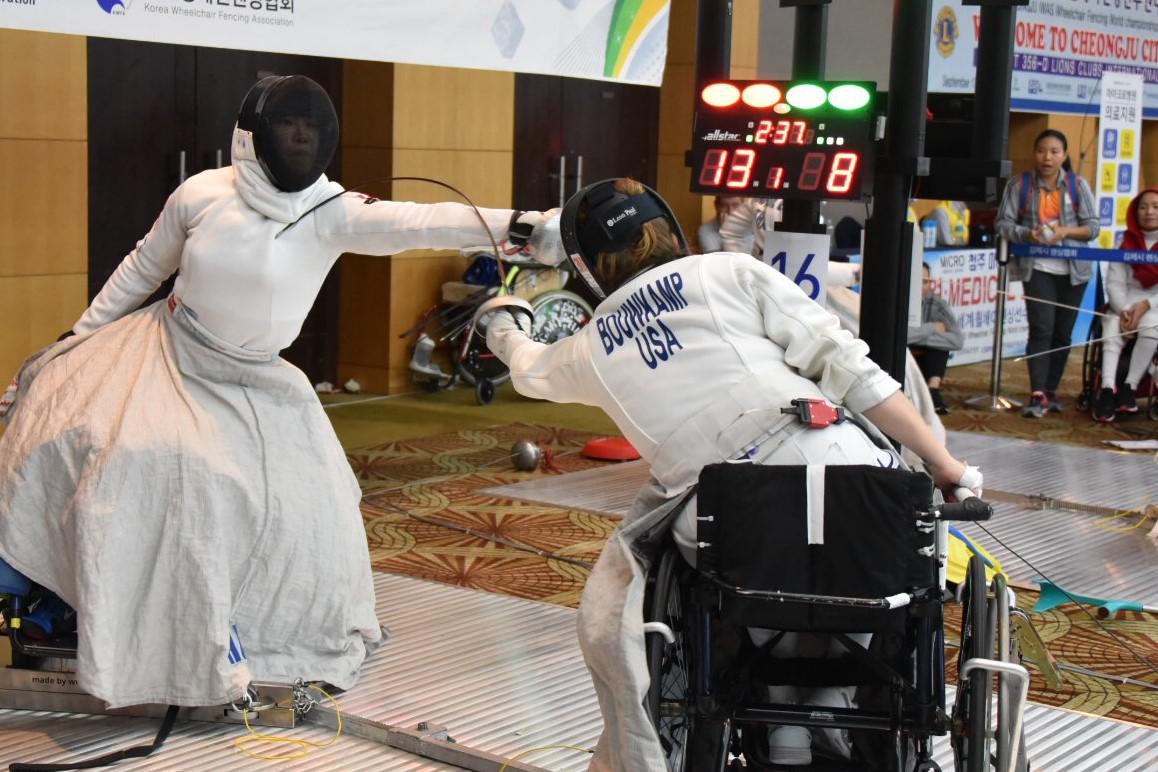 Competing in saber for just the second time in his career, Branch improved on his first saber result by going 2-4 in pools to advance to the table of 32, where he lost by a 15-3 score to Richard Osvath (HUN), a three-time Paralympic medalist and silver medalist in Rio.

At her first World Championships, Jensen earned a place in the direct elimination rounds with a 1-4 pool record. However, against 2018 Asian Championships silver medalist Xiujian Wang (CHN), Jensen came up short by a score of 15-8. Despite the loss, Jensen remains the top-ranked fencer from the African and American Zones, sitting at No. 22 in the Paralympic Qualification Rankings with at least a top-25 position needed by the end of the qualification period in May of 2020.

A 2012 Paralympian, Bouwkamp returned to competition for the first time since 2014 and went 2-4 in the Category A epee pools before falling to seven-time Paralympic gold medalist Chui Yee Yu (HKG) in the 32, 15-10.