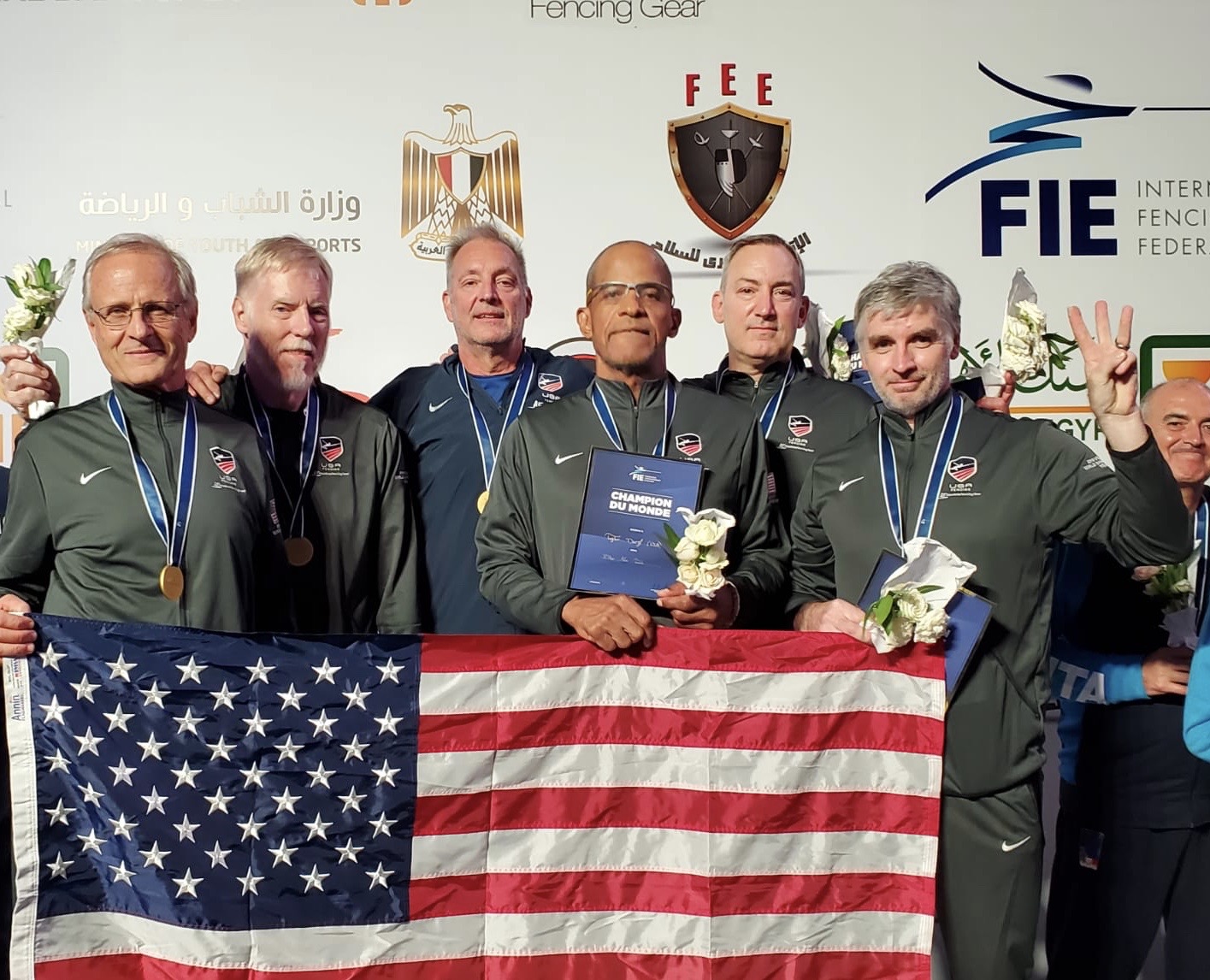 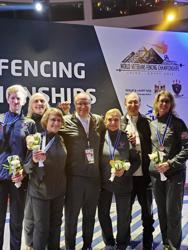 The U.S. delegation finishes the competition with 22 medals, the highest Vet World medal total in Team USA’s history. The United States’ previous record was 20 set in 2016.

Team USA also became the only country in the history of the Veteran World Championships to medal in all six team events at a single Worlds.

The 22 medals and six golds tops the medal count. Italy finished in second with 15 while Germany tallied 13.

The men’s épée team included the +70 silver medalist in Bruno Goossens (Jacksonville, Ore.), who, along with 50-59 fencer Jon Normile (Millburn, N.J.), has now fenced on all three gold medal-winning teams.

After going 2-1 in pools, Team USA did not drop a bout in either of its first two matches, defeating the Netherlands, 30-17, and Germany, 30-23, to reach the medal rounds.

In the semifinals, the United States faced a 4-3 deficit to Sweden after the first bout, but won the final five for a 30-20 victory and a chance to defend its title.

Fencing France for gold, Team USA held a narrow 7-6 lead after three bouts. Normile won the fourth, 10-6, and Goossens took the sixth, 8-1, to break the bout open and the United States won its third straight gold by a dominant 30-15 margin.

The 70+ fencers for the United States were reigning individual bronze medalist Diane Kallus (Round Rock, Texas) and Bonnie Aher (Shoreline, Wis.), who both won silver with Team USA last year.

Team USA went 1-1 in pools and earned a bye to the quarter-finals, where the United States bested Finland, 30-17. Tied at 10 halfway through the match, the Americans won the final three bouts, including a 10-3 victory in the fourth from Kocab.

Despite losing to Germany, 30-26, in the semifinals, Team USA came up with a clutch victory over France in the bronze medal match for a spot on the podium.

Tied at seven after two rounds, Team USA won the next two to take a 20-15 lead. However, France made its comeback and won the fifth, 7-3, to cut the lead to one. Kocab anchored the bronze medal finish, holding off four-time individual Vet World medalist and 2016 Team Champion Annick Martin (FRA) for a 25-24 victory and a third straight podium finish for Team USA.