(Colorado Springs, Colo.) – USA Fencing is pleased to announce the 2019-20 season’s first group of recipients for the Fencing Spirit of Sport Recognition Program, recognizing six members of the fencing community who have exemplified outstanding dedication to the sport and are an inspiration to others.

The six recipients for the first quarter’s Fencing Spirit of Sport Award are as follows:

In addition, for the second straight season, USA Fencing will honor one annual Fencing Spirit of Sport winner. After the fourth quarter winners have been announced, a selection committee will name the top selection in each region as well as one wildcard choice from the pool of 24 winners named throughout the season. The fencing community will then select the winner from the final seven in an online vote available to the entire USA Fencing membership.

The overall winner will receive a trophy and will be honored at the 2020 USA Fencing National Championships and July Challenge in Louisville, Kentucky.

Nominations for the second quarter are due December 1. The nomination form can be found here. 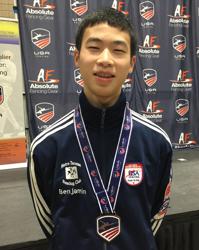 Finding his love for fencing at seven years old, Benjamin Lee was passionate about both learning and competing. A decade later, he now holds a rating in all three weapons and shares his passion and knowledge to the beginning fencers. Seen as a mentor, he volunteers weekly in the beginning class and loves to work with the newest fencers to help them find a love for fencing too. Lee is always willing to bout with anyone, regardless of skill level or age, helping all his teammates improve. And whenever possible, Lee can be found supporting his teammates at competitions, offering advice and cheering them on.

“Benjamin is a great role model for everyone in our club,” Deb Li said. “Members young and old respect and appreciate Benjamin for his elite fencing skills, his dedication to the sport and his great sportsmanship.” 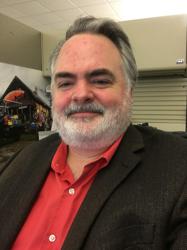 Involved in fencing in multiple capacities, Patrick Webster is a member of the Referees’ Commission and spends many hours working on referee development. As the head coach of Fencing Society at Oakland University, Webster attends practice three days per week, provides private lessons and helps in any way he can. He treats all fencers equally and with respect, and is inclusive of all who want to fence, including two autistic members of the team and Alissa Bandeline, a parafencer. Webster welcomed Bandeline into the club and learned the sport with her, researching and reading about parafencing to be able to properly coach her. At first, they used plastic desk chairs, overcoming the lack of equipment, and then Webster built Bandeline a frame to ensure she could continue fencing. During practice, Webster ensured Bandeline was included and was always a valued member of the team.

“When I became disabled, I lost all that I loved. I couldn’t fence anymore; I lost my friends from my team who I used to fence with but never saw anymore, I lost my self-confidence, and truly came to the club that first with very little hope,” Alissa Bandeline said. “Patrick has not only opened the doors to wheelchair fencing for me, but he has given me back my passion. He is helping me to build my self-confidence and friendships among my new teammates. Coach Patrick has fostered such a supportive environment where everyone on the team can be who we are, no matter our abilities or disabilities.” 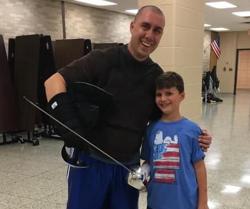 A member of the fencing community for more than 30 years, Jerome Cordero is a former Cadet World Team member, an NCAA scholarship recipient and the coach of national medalists. But it is the impact he’s had on the growth of Long Island fencing that might be his biggest accomplishment. Combining his love of teaching and fencing, many of Cordero’s students have followed in his footsteps. Many of the high school coaches on Long Island were his students and three of his fencers are now club owners with two having been recognized by USA Fencing’s Club of Excellence Program. Others have become NCAA coaches or national level referees. Still coaching himself, Cordero is also a referee for the Long Island High School League and balances all his fencing roles with his family and his job as a physics teacher.

“He has given more of himself to the sport than any other person I’ve encountered in my 20+ years in the sport and has never received or looked for any recognition,” Dennis Kolakowski said. “Every accomplishment by a student, Jerome downplays his role and involvement and instead praises the student’s work ethic and their family background for creating such a high achieving individual.” 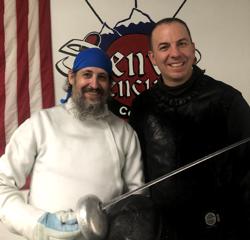 Chris Sauthoff was still using a cane when he first walked through the doors of Denver Fencing Center. Having suffered a stroke, Sauthoff worked diligently at fencing and the sport helped him with his recovery as he gained more and more muscle movements and functionality. Now, Sauthoff has paid it forward through coaching. He is the leader and main coach of the club’s program that works with adults with development disabilities, helping them prepare to fence in tournaments. Sauthoff also works with River Deep and Craig Hospital to teach fencing to people whose injuries require they use a wheelchair and vets with traumatic brain injuries.

“This once a month program has been hugely successful in showing these diverse groups fencing and the opportunity to improve your situation like it did for Chris,” Nathan Anderson said. “He is a huge inspiration figure in the club.” 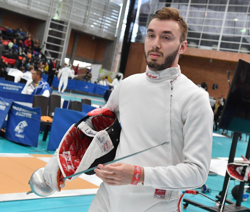 Last year at the age of 23, Lewis Weiss lost his father. Rather than shut down, Weiss stepped up for his family and threw himself into fencing, returning to work and training the day after the funeral and insisting he wanted to heal by spending time with the people and sport he loved. Focused on giving others his best, he’s risen to the challenge of being both a fencer and coach. He is always there for his students, working to inspire his younger fencers to be the best they can be on the strip and off. As a Division I fencer himself, Weiss can relate to his students while also teaching the important details. Despite his long days training and coaching, he’s never complained taking his siblings to their fencing practices or when they would stay after to socialize and play games.

“I’ve learned from Lewis that resilience doesn’t mean you are immune to pain,” Francesca Bassa said. “It means that despite the tragedies of life you find the beauty in what’s around you — whether it be the perfect wrist touch, running jokes at 9 a.m. lessons or a particular heated round of Cone Game (for the kids, of course).” 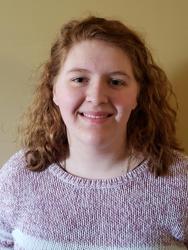 At just 14 years old, Martha Gray spends every moment she can at the fencing club. Someone who answers “fencing” when asked what she loves, Gray can’t get enough of the sport. At the club every day it’s open, she arrives early and is frequently the last to leave. She fences everyone, believing you can learn something from everyone, regardless of skill level. Gray helps teach the beginning fencers and is always encouraging her teammates. Even if she isn’t fencing at a tournament, she will attend to help show her teammates the ropes. Gray is also known for her sportsmanship and respect, thanking the bout committee after each competition.

“She is just the nicest girl but isn't afraid to put it all on the line on the fencing strip.  I know I am a mom, but I am sure if you ask anyone who has come into contact with and they will say she deserves this award.”