2021 Summer Nationals to be Held in Philadelphia 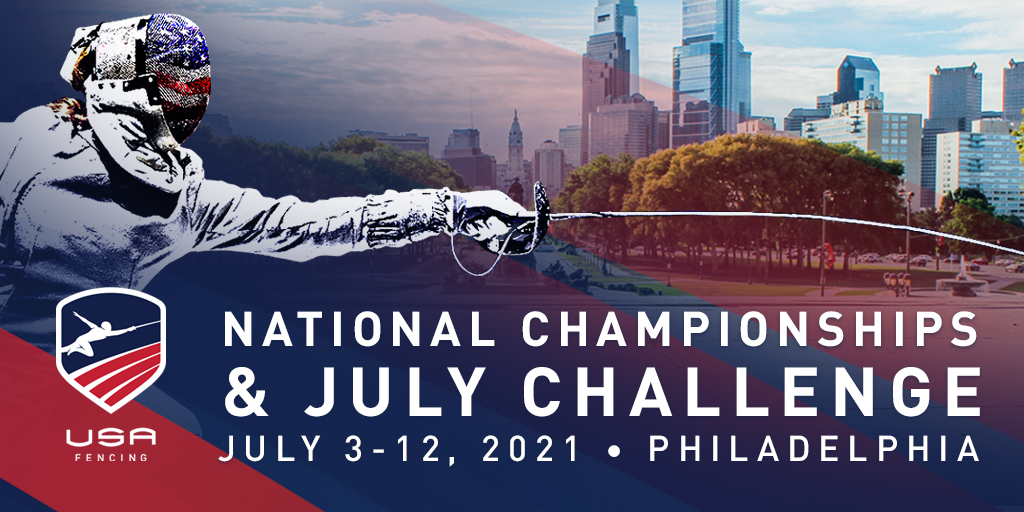 (Colorado Springs, Colo.) – USA Fencing is pleased to announce that the 2021 USA Fencing National Championships and July Challenge will be held from July 3-12 in Philadelphia, Pa.

The largest fencing tournament in the world is expected to draw more than 5,000 competitors fencing in 96 events with athletes ranging in age from 7 to 80+.

The City of Brotherly Love will host the Summer Nationals for the first time in the event’s history with 10 days of competition taking place at the Pennsylvania Convention Center in downtown Philadelphia.

“PHL Sports is very excited to bring USA Fencing’s Summer Nationals to Philadelphia and the Pennsylvania Convention Center in 2021,” said PHL Sports Executive Director Larry Needle (Philadelphia, Pa.) “With some of the country’s elite collegiate fencing programs based here, Philadelphia has always been a breeding ground for the sport’s top athletes. Hosting USA Fencing’s largest event will be a wonderful opportunity for our city and all of our hospitality partners.”

Located within a five-hour drive of cities such as Boston, Richmond, New York City and Washington, D.C., Philadelphia also is home to the Philadelphia International Airport which features more than 400 daily non-stop flights to nearly 100 domestic destinations.

Philadelphia is the only UNESCO World Heritage City in the United States and offers a series of attractions that include the Liberty Bell, National Constitution Center, Philadelphia Museum of Art as well as five major professional sports teams (MLB, NFL, NBA, NHL and MLS).

In 2011, PHL Sports partnered with USA Fencing to host the FIE Congress with delegates from more than 100 member nations of the sport’s international federation traveling to Philadelphia.

“USA Fencing has been looking for an opportunity to bring the National Championships and July Challenge to the East Coast and are extremely fortunate for the opportunity to partner with Larry Needle and his outstanding team at PHL Sports,” said Senior Director of Sport Operations Christine Strong Simmons (Colorado Springs, Colo.) “Philadelphia was an amazing host to the FIE Congress in 2011 and we are excited for the opportunity to return in 2021.”

GroupHousing, the official housing partner of USA Fencing has guaranteed the lowest prices at nine hotels within walking distance of the Pennsylvania Convention Center with prices beginning at $152 per night. Click here to reserve your room: https://groups.reservetravel.com/group.aspx?id=39412

Day schedules for the 2021 Summer Nationals will be available during the 2020-21 season.