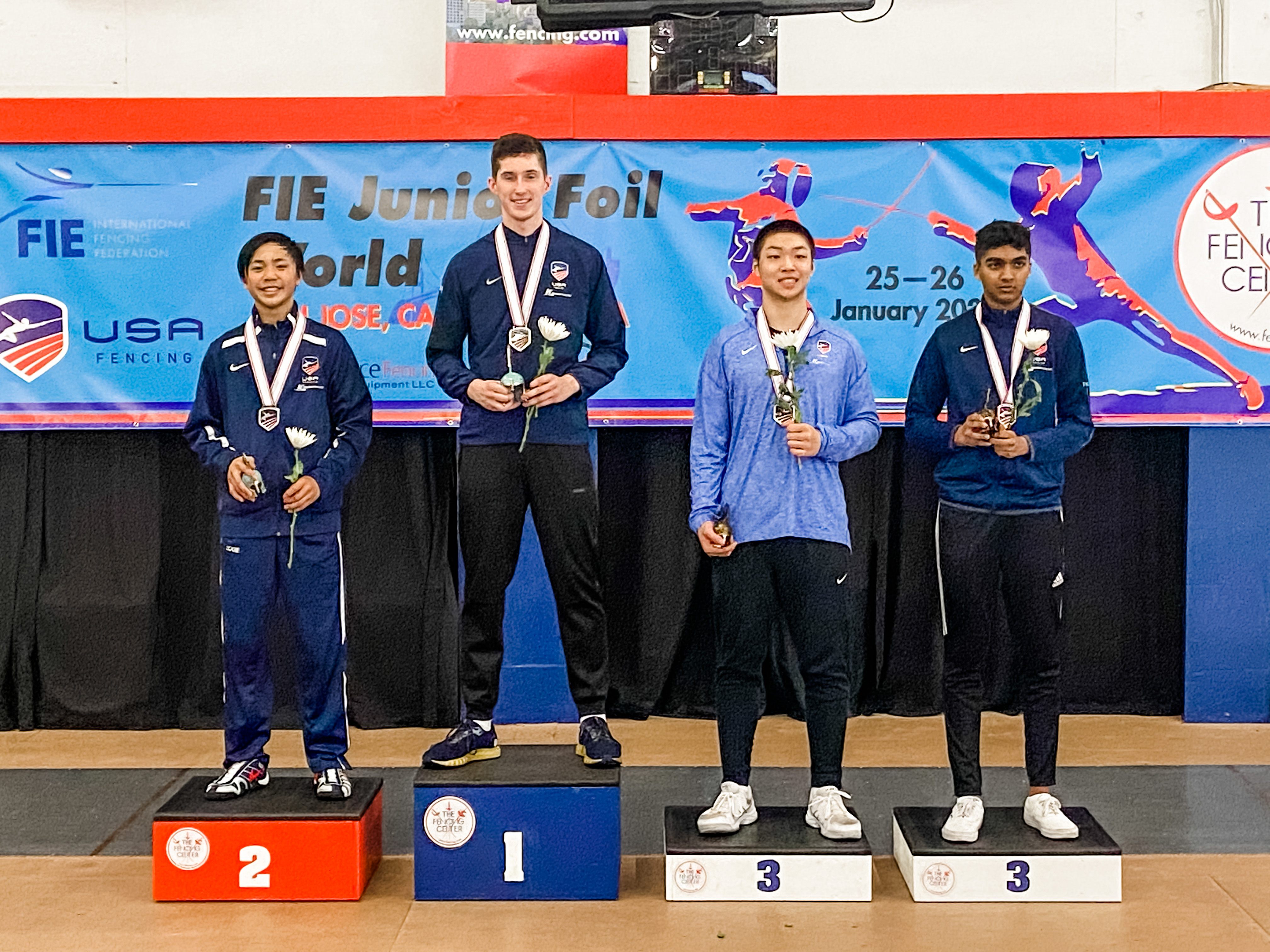 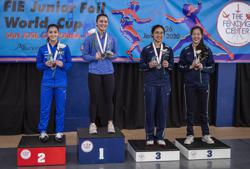 (Colorado Springs, Colo.) – Team USA won seven of the possible eight medals, including both golds, this past weekend at the San Jose Junior World Cup.

On a day in which the top 11 finishers in the men’s competition were representing the Stars and Stripes, Machovec earned his second Junior World Cup medal this season and fourth of his career.

With a 15-13 victory over two-time Senior World Team member Blake Broszus (CAN) and a 15-11 win against Lawrence Song (Mountain View, Calif.), Machovec guaranteed a medal.

Following a 15-10 win over Chen, Machovec advanced to the final, where his opponent would be Louie.

In the quarter-finals, Louie upset 2018 Cadet World silver medalist Marcello Olivares (Cooper City, Fla.), 15-11, and reached the final with a 15-10 victory over Daniel.

In the final, Machovec came out on top, 15-11, moving up to No. 1 in the USA Fencing Junior Men’s Foil National Team Point Standings.

Chen, who ranks No. 3 in the Cadet Team Point Standings, started his day 6-0 in pools and edged out Clayton Reid (Pacifica, Calif.), 15-13, and Edriss Ndiaye (Rockville, Md.), 15-10, to start the direct elimination rounds.

One win away from a medal, Chen outtouched Bin Huang (Concord, Mass.), 15-14, in the quarters.

In the quarter-finals, Daniel faced another Bay Area fencer in 2018 Cadet World Champion Kenji Bravo (San Francisco, Calif.) Breaking through for a medal after three top-eight finishes in the past two seasons, Daniel won the quarter-final bout by touch, 15-14.

The race for the four spots on the Junior World Championship Team, which will be named after the Junior and Cadet Pan American Championships at the end of this month, continues to be close.

Behind Machovec in the standings is Olivares, Chen and Chase Emmer (Morristown, N.J.) Bravo currently ranks fifth with Daniel Zhang (Belmont, Mass.) and Daniel in sixth and seventh, but the point differential between third and seventh is fewer than 700 points.

In the women’s competition, Rhodes won her first individual medal on the circuit this season, going 5-0 in pools and 5-0 in the DEs.

Rhodes’ quarter-final went down to the wire as she clinched a 15-14 victory over Sabrina Cho (Hillsborough, Calif.) and reached the final with a 15-9 win over Alina Lee.

With the gold, Rhodes maintained the fourth position in the USA Fencing Junior Women’s Foil Team Point Standings. Rhodes, who is looking to make her first Junior World Team in just a couple weeks when the team is named following the Junior Olympic Championships, holds a lead of just less than 750 points over Delphine DeVore (Westport, Conn.), who finished 10th. Rhodes also ranks second in the Cadet Team Point Standings.

Competing at her first Junior World Cup less than one hour from home, Alina Lee easily advanced to the table of 16 with a 15-2 victory over Grace Seal (Eagle Mountain, Utah).

However, Annora Lee came up short to Pustilnik in the semis, 15-9.

On the day, Team USA had six of the top eight fencers with Sara Martos (El Cerrito, Calif.) taking a top-eight finish along with Cho and Flanagan.