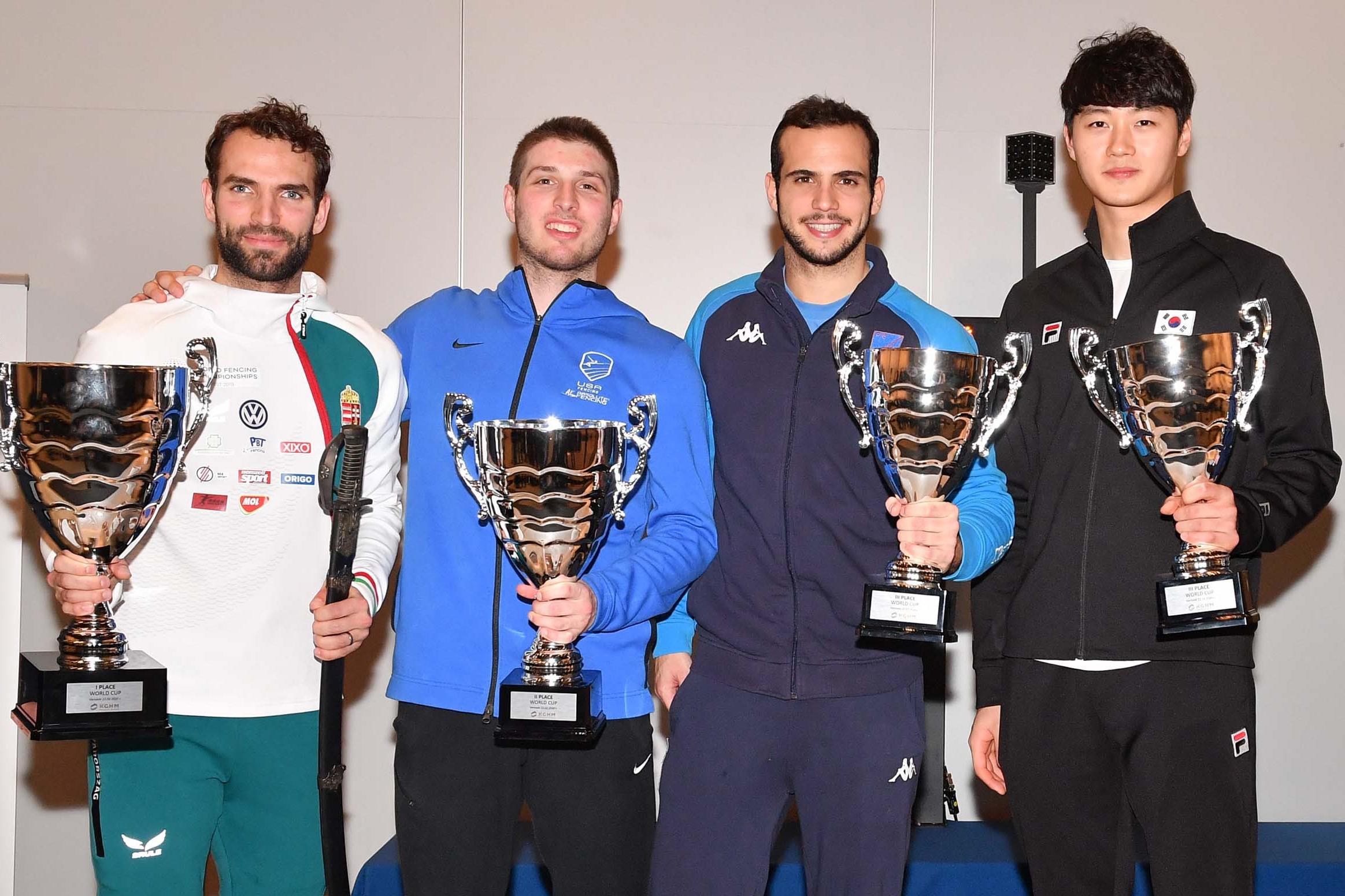 The No. 4 men’s saber fencer in the world reached the podium in Warsaw for the second straight year after winning gold at this event in 2019.

Ranked No. 1 in the USA Fencing National Team Point Standings, the 2018 Senior World silver medalist is expected to secure his Olympic berth in the coming weeks with the next two qualifiers to be held in Padua, Italy (March 6-7) and Budapest (March 20-21). The U.S. Men’s and Women’s Saber Teams will be finalized at the conclusion of the Seoul Grand Prix on April 26 with the top three fencers in the USA Fencing National Team Point Standings qualifying for Team USA in both the individual and team event and the No. 4 fencer qualifying as the replacement athlete for the team event only.

Exempt from the pools and preliminary rounds, Dershwitz began the day with back-to-back wins against Hungarians. After a 15-8 victory over Nicolas Iliasz (HUN) in the 64, Csanad Gemesi came within a score of Dershwitz at 9-8 before Dershwitz went on a 6-3 run to finish the bout at 15-11.

Dershwitz took on 2012 Olympic team bronze medalist Luigi Samele (ITA) in the quarter-finals with a medal on the line. Samele led the bout, 8-7, at the break, but Dershwitz tied the bout at 10 and went on to outscore his opponent, 5-2, to guarantee a medal with a 15-12 win.

The semifinals would feature a rematch of the semis at this event in 2019 with Dershwitz taking on Sanguk Oh (KOR) – the reigning World Champion and World No. 1.

Dershwitz came out aggressively, taking a 6-1 lead at the start of the bout and ending the first period up 8-4. Oh made a late comeback before Dershwitz closed the bout at 15-11 to advance to the finals and bring his record against Oh to 2-1.

In the final, Dershwitz met two-time Olympic Champion Aron Szilagyi (HUN). Although Dershwitz has won all three of their previous matchups, Szilagyi took an 8-6 lead after the break and then put up fiveof the last six touches at the end of the second period to win the bout, 15-9.

Jonah Shainberg (Rye, N.Y.), a 2015 Junior World team bronze medalist, was ranked 13th in the nation after the conclusion of the Montreal Grand Prix last month – a placing that made him unlikely to make the top 12 selected for Warsaw, but a withdrawal put Shainberg on the roster for Warsaw.

Shainberg made the most of his qualification for the tournament, earning his first top-32 result on the senior circuit and flying up the National Team Point Standings from No. 13 to No. 6 with four tournaments remaining in the Olympic qualification period.

Shainberg finished 6-0 in the pool rounds on Friday to advance directly to the table of 64 on Saturday where he would fence 2016 Junior World Team member Grant Williams (Atlanta, Ga.) who advanced through the pool and preliminary rounds to make the 64.

Shainberg never relinquished his early lead, finishing the first period at 8-3 and winning the bout, 15-8.

In the 32, Shainberg fenced World No. 2 Max Hartung (GER). Although Shainberg stayed with the 2015 Senior World bronze medalist for the first period, keeping Hartung’s lead to two at 8-6, Hartung closed out the bout at 15-8.

With his top-64 finish, Williams also made a significant move in the rankings, passing 2019 Senior World Team member Khalil Thompson (Teaneck, N.J.) to take the No. 4 position in the National Team Point Standings with less than 300 points separating the candidates for the Olympic Team.

The reigning Olympic silver medalist, Daryl Homer (Bronx, N.Y.) came in as the No. 16 seed, but fell to William Deary (GBR) by a touch at 15-14 in the 64. Despite the loss, Homer remains No. 16 in the world and No. 2 in the nation as he aims to qualify for a third straight Olympic Team.

Two-time Senior World Team member Andrew Mackiewicz (Westwood, Mass.) finished 6-0 in the pool rounds to advance directly to the table of 64, but fell in his DE bout to Konstantin Lokhanov (RUS), 15-11. Mackiewicz remains No. 3 in the USA Fencing National Team Point Standings as he seeks to qualify for his first Olympic Team.

After competing at his first Senior World Championships in 2018, Geoff Loss (Laguna Beach, Calif.) lost to Mojtaba Abedini (IRI) in the 64, but moved up to No. 9 in the point standings.

On Sunday, Dershwitz, Homer, Mackiewicz and Thompson competed in the team event, placing 11th, but remaining ahead of Pan American rival Canada in the quest for Olympic qualification.

In the opening match, Team USA fenced China and the Americans found themselves trailing by eight after the fifth at 25-17. Homer put up an 11-5 win over Xiaohao Deng in the sixth to cut China’s lead to 30-28, but Team USA dropped the match, 45-38.

Team USA won its next match, 45-40, against Hong Kong but lost the following round to Georgia after a 10-4 run by Sandro Bazadze against Homer in the anchor bout.

Team USA regrouped in the match for 11th against Egypt with Homer, Mackiewicz and Thompson winning or tying eight of nine bouts to take the win, 45-29.