The election included races for three positions on the board of directors, as well as three Referees’ Commission positions and five inductees as the Class of 2021 in the USA Fencing Hall of Fame.

David Arias (Birmingham, Ala.), the current board treasurer, ran unopposed and will retain his position.

Both the president and treasurer terms will conclude in 2024.

Tasha Poissant (Happy Valley, Ore.), a former National Team member and current member of the Referees’ Commission Ombudsman Committee, won the election for RC Chair by a 54-46% margin. Poissant, the head of the Referee Assessment Program, defeated Donald Alperstein (Denver, Colo.), a former USA Fencing President who serves as an at-large member of the Board of Directors and acts as the current board liaison to the RC.

The election for chair of the Ombudsman Committee was between two current committee members  Susan Borgos (Denver, Colo.) and Mike Ross (Austin, Texas) with Borgos winning the seat with 56% of the vote to Ross’s 44%.

All four positions are four-year terms that will begin in August and conclude in 2024.

The 2021 USA Fencing Hall of Fame Class includes inductees in the athlete, contributor and coach categories.

Maya Lawrence (Teaneck, N.J.) won bronze at the 2012 Olympic Games as a member of the U.S. Women’s Epee Team which earned its first-ever Olympic medal in the program’s history at the London Games. Individually, Lawrence won gold at the 2012 Pan American Championships and earned the Division I National Championship title in 2005 – the same year she qualified for the first of five Senior World Teams. The three-time First-Team All-Ivy fencer for Princeton will be the first member of the 2012 women’s epee squad to be inducted into the Hall of Fame.

Jane Eyre (Swedesboro, N.J.) is the first member of the USA Fencing Hall of Fame to earn the honor exclusively for her accomplishments as a veteran fencer. Eyre began fencing saber at age 44 and would go on to become USA Fencing’s most decorated veteran fencer, winning a record seven individual Vet World titles. Eyre holds 17 Vet World medals, including three team golds as well. Domestically, Eyre holds nine individual National Championships, earning her titles between 2004 and 2017.

Three-time Olympian Bob Marx (Portland, Ore.) will follow in the footsteps of his brother, five-time Olympian Michael Marx (Concord, Mass.), who was inducted into the Hall of Fame in 1997. An epeeist, Bob also represented Team USA at 10 Senior World Championships and won the Division I National Championships in 1985. He also advanced to the finals of World Cup competition twice on the international circuit.

The 2021 Hall of Fame will be a family affair of the Marxes as Bob and Michael’s mother, Colleen Marx Olney (Portland, Ore.) will be inducted into the Hall of Fame in the contributor category. Often referred to as “the mother of Oregon fencing, Olney started fencing in the 1960s as physical therapy after an automobile accident. After her competitive career, she began to teach fencing and decided to support her sons in their competitive aspirations by creating a rich fencing environment for them. Her legacy includes the Northwest Fencing Center, the Oregon Fencing Alliance, and free fencing programs in the Portland area.

Mikhail Petin (Brooklyn, N.Y.) will enter the Hall of Fame in the coach category. A fencing master in the United States for 24 years, Petin has coached many of the nation’s top foil fencers, including Emily Cross (New York City, N.Y.) – a 2008 Olympic team silver medalist and two-time Junior World Champion. Petin’s students have won nine medals at the Junior and Cadet Worlds, including four golds, as well as numerous international, national and NCAA titles. Mikhail also served as the U.S. National Women’s Foil Team Coach in 2001 and was a Coach at 2008 Beijing Olympic Games.

Further details regarding the dates and location for the 2021 USA Fencing Hall of Fame Celebration will be announced in 2021. 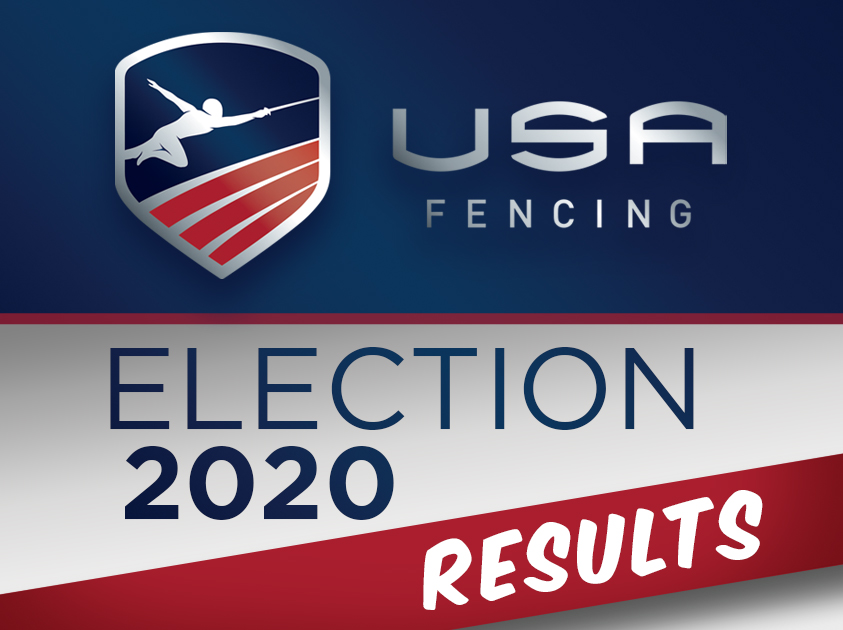 Board of Directors Voting Totals