(Colorado Springs, Colo.) – USA Fencing is pleased to announce the four outstanding clubs that have been selected as Club of Excellence winners for the 2019-20 season.

Now in its fifth year, the Club of Excellence Program recognizes clubs that have shown incredible dedication to their members and the sport of fencing with applications open to all USA Fencing Member and Affiliate Clubs.

All honorees receive a banner to hang in their club as well as 30% off their club renewal for the 2020-21 season. 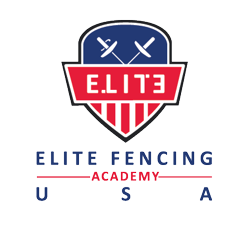 Founded in 2019, Elite Fencing Academy has retained its 35 founding members and has continued to grow. With a 100% retention rate this year, the club has grown to approximately 75 members. The épée club’s biggest recruiting tool is word of mouth as the club and coaches have built a positive reputation for both their success and approach to working with the fencers. Working to both grow the sport and give others the joy of fencing, Elite Fencing Academy supports three high school teams through discounted coaching. The club also hosts after-school and community programs to create greater exposure to the sport in addition to offering free introductory classes. Beginner fencers receive a starter uniform and épée to keep starting costs low while also offering discounts for additional equipment. Prior to COVID-19, Elite Fencing Academy had plans to start offering birthday parties and corporate outings, but have adjusted to the circumstances. Once sanctioned, the club held online Zoom classes and emailed students workouts and home training plans.

Elite Fencing Academy also gets the word out through social media with more than 6,000 Instagram followers. The club communicates regularly on topics, including club business, birthdays and students’ successes outside the club. The club hosts social nights such as open fencing, mini tournaments or pizza nights. And members even get together for non-fencing events such as picnics, team dinners or a graduation party to celebrate the seniors. While fencing is an individual sport, Elite fencing Academy has worked to create a family and team environment, using the motto: “Hustle, hit and never quit.” There is a team van for travel as well, which not only helps parents but also creates team camaraderie.

Continuously working to create a balance between classes that are challenging and fun, the coaching staff at Elite Fencing Academy meets with parents and fencers throughout the year to set attainable goals, allowing each fencer to see their own growth and feel success. With all age and skill levels welcome, there is not pressure to compete and mentoring between the athletes to help each other. The club is inclusive with the door open to everyone. A club that saw national and regional success right away, taking two medals at its first National Championships and July Challenge in 2019, Elite Fencing Academy athletes show good sportsmanship and teammates are supportive and always show up for each other. Invested in both the athlete and the person, the coaching staff leads by example and works to inspire athletes to be their best. 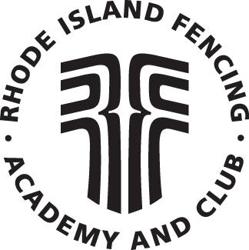 For the second time, Rhode Island Fencing Academy and Club has earned a Club of Excellence award in youth programming. Founded in 1994, 80% of the club’s members are under the age of 18 with more than 15% of the club’s youth members being first-year members. Welcoming to all members, fencers of all levels – whether recreational or elite – train together and support one another. Teammates are encouraged to help each other, creating a mentor system while creating a deeper love for the sport and connection to the club as they contribute to each other’s growth. During the COVID-19 pandemic, RIFAC was able to loan its students equipment so they could take live classes on Zoom. Training was offered at every level, but to keep camaraderie high, the club held virtual Harry Potter book readings and on Saturday nights, a virtual“Coffee House” where students could show off their talents.

RIFAC ensures each student is placed in a class at the proper skill level and coaches ensure students are ready for the next level, allowing students to repeat classes if needed. To help retain and motivate students, RIFAC has a “pin system,” in which when students earn enough completion stamps, they earn one of five colored pins. When a student starts at RIFAC, they are given a club-branded glove, which is used to collect the stamps. The process to earn all five pins takes about three years and allows the fencers to see their progress and accomplishments. Students look forward to earning the final black pin which is earned with a written exam, a practical exam and a ceremony. RIFAC also continues the use of the pin system at summer camps. Available for all skill levels, the camps focus on fun and teaching at the proper skill level, including activities such as games, videos and mental training.

Within the club, RIFAC hosts different types of tournaments, catering to the different interests of the students. There are three RIFAC Championship Series tournaments, at the end of which a champion in each weapon and gender is named. They also hold four themed tournaments each year (Harry Potter, Lord of the Rings, Star Wars and an international team event) and have four events for fencers in classes, which are shorter pool-based tournaments that serve as a good intro to competition. All competitions feature “silent sidelines,” so no cheering or coaching is allowed from parents. In addition, for more than a decade, RIFAC has worked with multiple schools in the area. One of the schools, The Providence Country Day School, now offers a scholarship, in which members of RIFAC’s top competitive program receive a discount on tuition, up to $5,000. School programs practice at the RIFAC facility, making them comfortable and they transition easier to training at the club if interested. 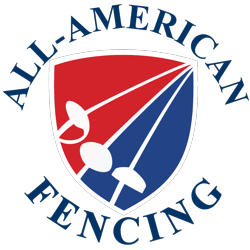 All-American Fencing Academy reaches a broad audience through marketing and communication, while keeping costs low. One of its biggest tools is social media. The club shares different types of content, from content to pictures to videos, on different platforms, including Facebook, Instagram, YouTube, Discord, Twitter, Tumbler and TikTok. From keeping up with current events – for example a post about how fencing is great with social distancing – or celebrating students’ accomplishments on and off the strip, the club targets different demographics. They specifically target different age groups with different topics such as learning and fun for children and continued mental and physical exercise for veterans.  All-American Fencing Academy also implements campaigns on various topics, such as inclusion, staying active and trying something new. Being creative with different graphics and posts, they use their logo to support holidays or trends in the profile picture. Of course, social media also is used to get updates out to members quickly, particularly during the COVID-19 pandemic. For fun, the club held a virtual fencing tournament on Discord, posting the results to AskFred.

Knowing the majority of its new students find fencing through an internet search, All-American Fencing Academy makes sure the website it up to date, keeping visual appeal as well as mobile and desktop views in mind. The club posts all announcements and recognition for students on and off the strip as well as hosts resources for beginning students, including videos, or info about tournaments and an equipment checklist. They also have a website app that sends notifications to members’ cell phones.

All-American Fencing Academy works to take advantage of a small marketing budget, using not only social media, but also local newspapers to get information out. They also participate in demonstrations, showing off the sport at the annual local Comic-Con or at local schools, exposing new people to the sport. As much as possible, money spent goes directly to the fencers with items such as stickers, patches or shirts. All-American Fencing Academy does annual beginner summer camp Instagram and Facebook ads, reaching a wide area through targeted advertising for a small cost such as $30. They might also purchase an ad in a program to support a student’s extracurricular activities, such as a fundraiser for a concert or play. 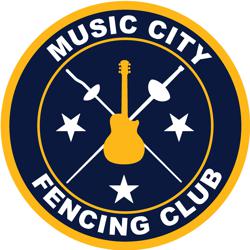 Founded in 2014, this marks the third straight year Music City Fencing Cub has won Club of Excellence honors, all coming in different categories. At Music City Fencing Club, they believe fencing is for everyone and hope to give all the joy of the sport. Members are respectful and welcoming of all regardless of their race, religion, ability or sexual orientation. They vocally support for diversity with a zero-tolerance policy for discrimination. Recently, the club formed a diversity and inclusion committee made up of members and coaches representing a wide variety of backgrounds. Coaches have trained students with physical, mental and emotional disabilities, offering equal opportunity. Music City Fencing Club also is currently renovating the club to make it more handicap accessible and have taken steps to start a parafencing program, even reaching out to the local wheelchair sports league to create a partnership to provide opportunities for their athletes.

Approximately 41% of Music City Fencing Club’s members are female and more than half the competitive team is female. Each of the last four years, they have taught a fencing course at an all-girls school, which focuses on the history and importance of women in fencing as well as teaching them to fence and presenting the scholarship opportunities available to them. At the club, Music City provides opportunities for young girls to train together and to work with female coaches and other female club members as mentors. Always looking to empower girls, at the major mixed tournaments the club hosts, they have separate medals for females. The club also has several women’s-only events throughout the year. Music City tries to do the little things, whether that’s having complimentary dry shampoo or having a spacious women’s locker room.

Music City Fencing Club also partnered with a local school majorly composed of minority students from economically disadvantaged communities. They donated thousands of dollars in equipment as well as the services of their coaching staff to create a club at the school. Those students receive complimentary memberships to Music City as well as discounts on camps and tournaments. Music City Fencing Club also has scholarships available for those who wish to learn fencing but can’t financially afford the sport and helps with equipment and competition fees. And they have a free open house, welcoming anyone the opportunity to try fencing.