(Colorado Springs, Colo.) – USA Fencing is pleased to announce the lineup of speakers for the February sessions of the Engaging Our Communities Speaker Series.

Addressing the ways that USA Fencing, including its members and clubs, can be dynamic advocates for diversity, equity and inclusion, Engaging Our Communities works to create awareness of our own personal impact as well as a positive, welcoming environment for all, both in the sport of fencing and in society as a whole.

The educational series, which began in January, runs every Friday through February 19.

The schedule of February sessions is as follows:

All sessions are free, although space is limited. Registration for each session is required and participants may register for one or multiple sessions. .

Registration for the February sessions is available here.

After registering, a link to the session will be emailed to each participant.

More information on each of the sessions in February is as follows: 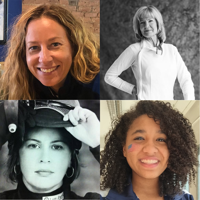 Join USA Fencing in conjunction with the Aspire to Inspire Initiative as we host a panel discussion with some of the federation’s female leaders in the sport. Led by 2021 Olympic hopeful Iman Blow, attendees will hear about the successes, trials and the journey each of them took to rise to their seat at the table and what they see the impact of women in fencing will be going forward.

A member of the 1980 U.S. Olympic Team, in 2000, Johnson became the first woman to be elected to a four-year term as president of USA Fencing and was instrumental in the inclusion of women’s saber in the Olympic Games beginning in 2004. Johnson remains involved in helping to grow the sport of fencing and expand the inclusion of women at all levels through her role as the chair of the FIE Women and Fencing Council. Johnson had a distinguished career in higher education that spanned more than 40 years, culminating in her role as campus president for Valencia College for seven years before retiring in 2019. Johnson now works for the college’s Peace and Justice Institute as a consultant and PJI council member. She currently resides in San Antonio, Texas where she is working with the Steering Committee for the 2021 Women’s NCAA Basketball Championships.

Oldham founded the Mid-South Fencers’ Club in Durham, N.C. – a program that was recognized with USA Fencing’s Club of Excellence award in women’s programming and diversity in 2018. The co-founder of WFencing, Oldham also served as a designated coach for the U.S. Cadet Women’s Saber Team at events in 2018 and 2019 and has coached athletes to more than 100 national medals. Oldham is the chair of certification and accreditation for the US Fencing Coaches Association and was recognized by Durham Magazine with the Extraordinary Woman award as well as the Triangle Business Journal with the Women in Business Award.

A three-time All-American, Poissant represented the United States at the 1998 Senior World Championships in women’s foil and competed at the U.S. Olympic Festival three times during her career as an athlete. Poissant has been an active referee for nearly 30 years and was elected chair of the USA Fencing Referees’ Commission in 2020. Poissant also has served as a member of the RC Ombudsman Committee and the Youth Development Committee as well as the lead for the referee assessment program. An infectious disease epidemiologist for Oregon Health Authority, Poissant earned her bachelor’s in psychology from the University of California, Santa Cruz and master’s in public health from Oregon State University.

Creating a Diverse and Inclusive Environment 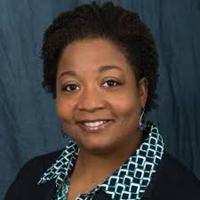 Creating diverse and inclusive environments begins with tough conversations, personal and professional introspective and a commitment to working towards this goal. This session will dive into how to approach these facets from a DEI lens.

Nitra Rucker, who started at the USOPC as the Director of Diversity, Equity and Inclusion in October of 2020, is responsible for leading, developing and executing diversity and inclusion strategies for the USOPC and the U.S. Olympic and Paralympic movements. Prior to her time at the USOPC, Rucker spent more than 20 years at KeyCorp, most recently working as their diversity, equity and inclusion engagement manager. In the role, she crafted a new DE&I operational structure to increase positive change across the organization and developed employee resource groups to fulfill to the organization's business and philanthropic ideals. Under Rucker’s leadership, KeyCorp was named the 2020 National Diversity Council Top Company for Employee Resource Groups for her work in engaging over 55% of the entire KeyCorp population.

How to be a BIPOC Ally 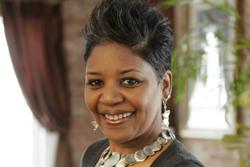 This session is designed to provide a roadmap for leading, working and serving with allyship in mind. The session will address tips, techniques, barriers and future-thinking strategies to advance a system where collectiveness is the norm.

Dr. Nita Mosby Tyler is the Chief Catalyst and Founder of The Equity Project, LLC – an organization designed to support organizations and communities in building diversity, equity and inclusion strategies and The HR Shop, LLC - a human resources firm designed to support non-profits and small businesses. She is the former Senior Vice President and Chief Inclusion Officer for Children’s Hospital Colorado – the first African American woman to hold that position in the organizations 100+ year history. She is also the former Executive Director of the Office of Human Resources for the City and County of Denver – the first African American woman to hold that position in the 63+ year history of the agency. Dr. Mosby Tyler, a consultant accredited by the Georgetown University National Center for Cultural Competence and recipient of the Cornell University Diversity & Inclusion certification, is nationally recognized for her equity work with non-profit, community, government and corporate organizations.