Parafencing National Championships to be Awarded in Salt Lake City 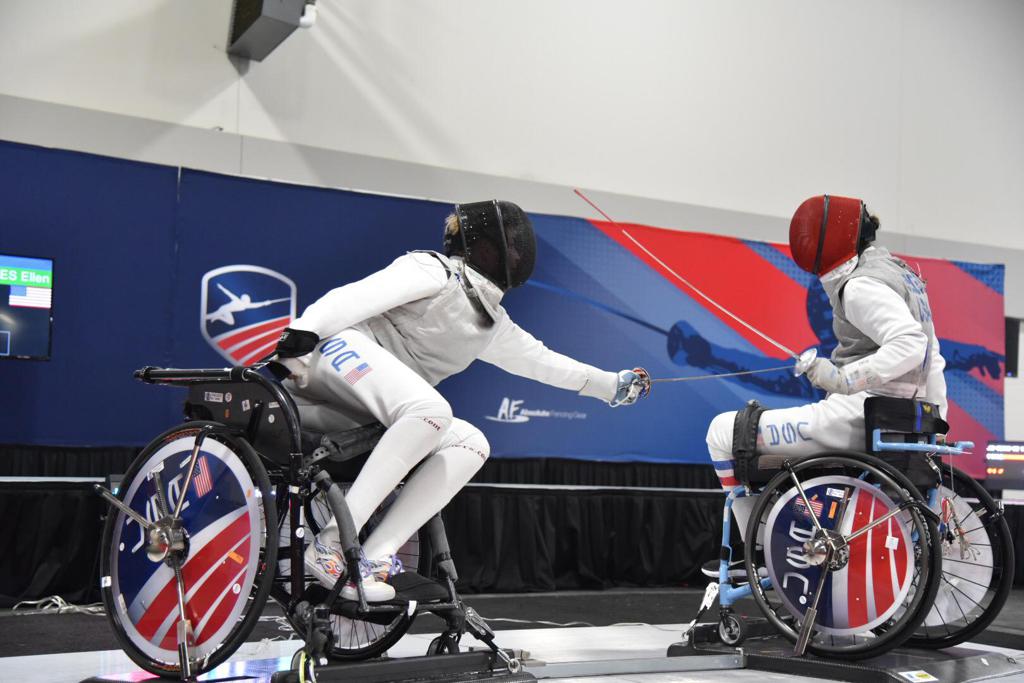 Shelby Jensen (left) and Ellen Geddes (right) will compete for national championships this weekend before competing at the Paralympic Games in Tokyo. Photo Credit: Ginny Boydston

(Colorado Springs, Colo.) – The top parafencers from across the country will compete for national championships this weekend at the July Challenge and Parafencing National Championships in Salt Lake City Utah from July 22-25.

The last tournament before the Paralympic Games, all three Paralympic qualifiers will be in attendance:

A two-time Paralympian and the 2004 Paralympic bronze medalist, Scott Rodgers (Highlands Ranch, Colo. / Denver Fencing Center) will also be in the lineup, returning to competition for the first time since 2010 when he won the national championship in men’s epee.

All three athletes who last won national championships in 2019 will return to defend their titles:

In addition, juniors and cadets will be in action, competing in the cadet, junior and junior team events.

Fourteen Junior and Cadet World Championship medalists will be going for gold, including: