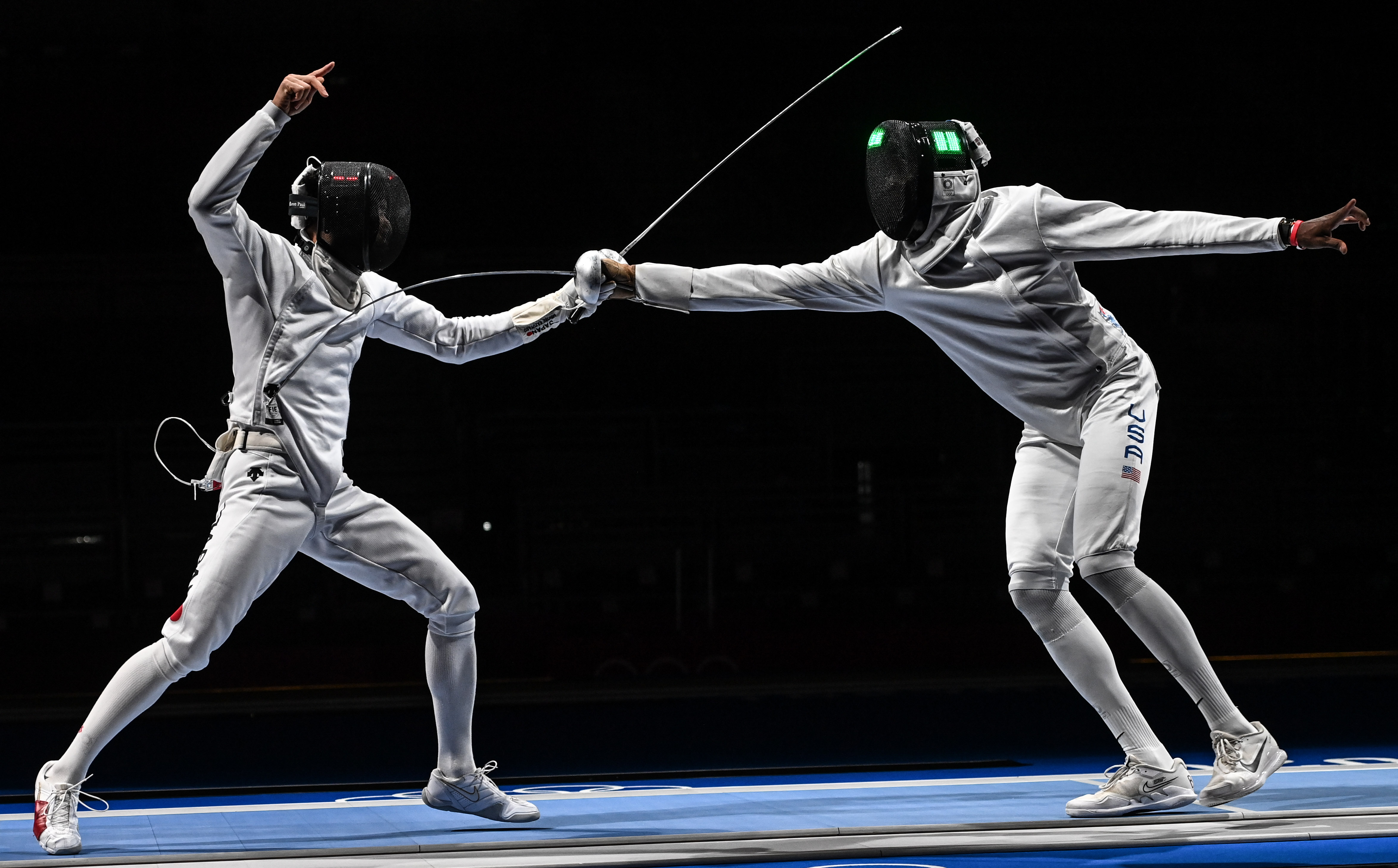 Yeisser Ramirez in the team table of 16. Photo Credit: #BizziTeam.

With Japan using a portion of its host country allocation to compete in the men’s epee team event, the two countries would fence off for a position in the quarter-finals.

In the final bout, McDowald fenced Koki Kano – a top-eight finisher at the 2019 Senior Worlds. Kano gave Japan its first lead at 32-31 and later went on a five-touch run to build a 41-35 lead before ending the bout at 45-39.