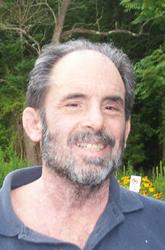 (Colorado Springs, Colo.) – USA Fencing lost of the community’s most valuable contributors on Aug. 16 with the death of Stephan Khinoy (New Bern, N.C.)

A recipient of the Jack Baker Award for service to USA Fencing in 2009, Khinoy served on the USA Fencing Hall of Fame Committee for more than 20 years, including his role as co-chair of the committee from 1995-2016.

Khinoy, who also served as a former board member of USA Fencing, founded Swordplay Books in 1997. Khinoy’s publishing house released books and DVDs on fencing strategy as well as biographies and fiction with authors including World Champion and Olympic silver medalist Sergei Golubitsky and legendary Olympic coach Aladar Kogler.

Khinoy fenced at Harvard where he graduated with a Bachelor’s degree in English in 1963. He went on to complete his Fulbright Fellowship at the University of Edinburgh in 1968 and earn his doctorate in English from Johns Hopkins University in 1968.

An English professor at several universities, including New York University and Rochester Institute of Technology, Khinoy continued to hone his craft as a coach, opening the Staten Island Fencing Center in 1980 and earning his prevot certification from the US Fencing Coaches Association.

In addition to leading his club, Khinoy also coached high school teams, serving as the coach for the Ralph R. McKee Career & Technical Education High School from 2006-2011 and Bergen County Technical Schools from 2007-2011.