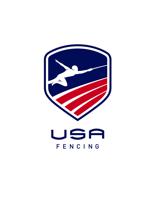 (Colorado Springs, Colo.) – After eight years in the role, Kris Ekeren will be leaving USA Fencing as the organization’s CEO.

Ekeren joined USA Fencing in 2011 as the membership director and became executive director in December 2013. During her tenure, the membership in the organization doubled to greater than 40,000
at the end of 2019.

Working with the president, treasurer and National Office staff, Ekeren led a dramatic improvement in the financial health of USA Fencing, from a negative $1.5 million net worth in fiscal year 2013 to building financial reserves that allowed the organization to confidently navigate the COVID-19 pandemic. Ekeren also worked with the U.S. Fencing Foundation to expand development efforts which resulted in more than $100,000 in donations for individual weapon squads and earmarked funds to help expand parafencing in the United States.

Increased financial stability for the organization allowed USA Fencing to expand programs and provide more direct athlete support and services to National Team members than at any other time in the organization’s history as well as providing additional resources for travel, training and competition to senior, junior, cadet and parafencing athletes. National team members also received increased support through additional resources being dedicated to national team support staff, including national team coaches and sports medicine personnel. The personal coaches of Senior World and Olympic Team members also were incorporated into sports performance programming at all levels with each individual athlete at both the 2016 and 2020 Olympic Games having his or her personal coach funded and credentialed to be in the box to support the athlete on strip.

As a result, USA Fencing has reached new levels of international success during the last two quadrenniums, winning four medals at the 2016 Olympic Games and the third gold medal for an American in the history of the sport at the 2020 Games. From 2013 to 2019, Team USA has won medals at every Senior World Championships, including team golds by five out of the six weapon squads with a historic six medals won at the 2018 World Championships. Junior and cadet athletes also have increased success with Team USA winning 14 medals at the 2018 Junior Worlds, tying the record for the most medals ever won at the event by a U.S. team and marking the first time the United States won the medal count.

The last eight years also have seen the growth of competitions at all levels with the North American Cup circuit breaking records for participation and the 2019 USA Fencing National Championships being attended by a record 5,400 competitors. In addition, USA Fencing has created new opportunities for athletes to participate in high-level quality competition at the regional level, including more than 130 regional events and 10,000+ unique individuals competing at Super Youth, Regional Youth, Regional Junior and Cadet Circuit and Regional Open Circuit events.

Ekeren also dedicated staff resources to the launch of new DEIB initiatives, including an organizational DEIB audit and the creation of a full-time staff position dedicated to DEIB efforts which will join the National Office during the 2021-22 season. In 2017, Ekeren also added a staff member dedicated to serving veteran and parafencers, which is currently held by a member of the 2012 Paralympic Team.

Ekeren will remain as CEO and to assist with the transition through November 5.

A national search will be conducted for her replacement utilizing an executive search firm in the coming weeks.