The awards for coaches and athletes were determined by a nationwide vote of USFCA-member fencing programs. 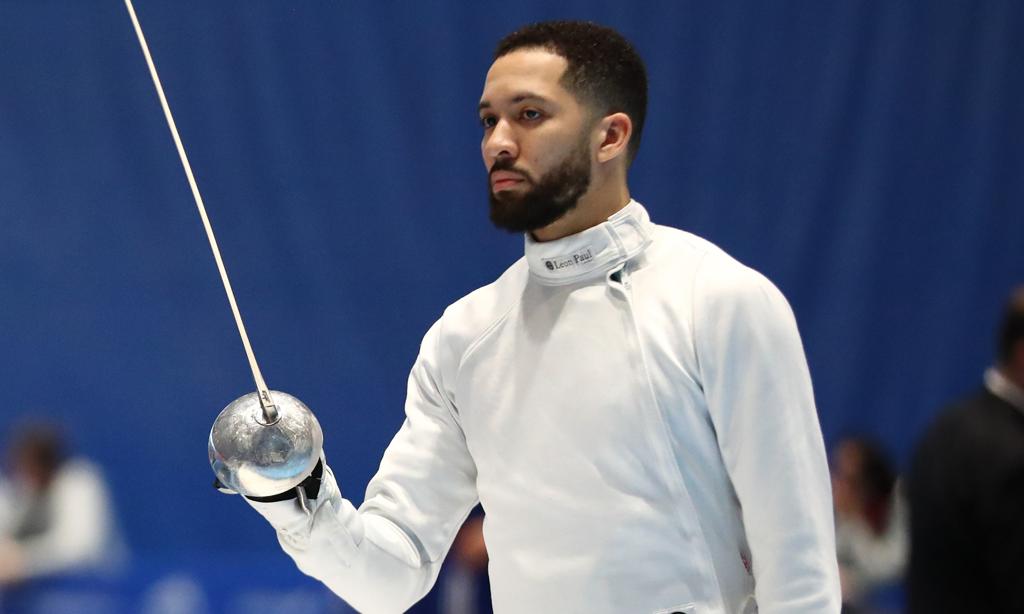 Ben Bratton competes at the Vancouver World Cup in February 2020. Bratton, now an assistant coach at New York University, is among the USFCA's 2022 Collegiate Awards winners. (Photo by Manky/#BizziTeam)

The United States Fencing Coaches Association, a group devoted to empowering and educating fencing coaches across the country, has announced the winners of its 2021-22 Collegiate Awards.

While not part of USA Fencing, the USFCA partners with USA Fencing to support the development of our sport nationwide. They host clinics, offer professional development opportunities, and give fencing coaches the tools they need to prepare athletes for competition and life.

Another big part of the USFCA's initiatives: presenting both National Collegiate awards and Division III awards at the end of each school year. Awards are presented in both men's and women's fencing and across all three weapons: epee, foil and saber.

“The winners of this year's collegiate awards deserve special recognition for their outstanding fencing, coaching and leadership,” says Vinnie Bradford, USFCA’s executive director. “This group of award winners shines bright, and they reflect the quality of the entire collegiate fencing program from Division I through Division III. I applaud the winners this year and all of the collegiate programs across the nation.”

This year's recipients include the University of Notre Dame's Gia Kvaratskhelia, who received National Collegiate Coach of the Year honors on both the men's and the women's side after leading the Irish to a national title in 2022. Two Notre Dame athletes also received USFCA honors: Kaylin Hsieh (women's epee) and Amita Berthier (women's foil).

In Division III, Brandeis University's Jennie Salmon also doubled up in coach of the year honors. She was named Division III Coach of the Year for both the women's and men's teams after helping lead the Waltham, Mass.-based program to one of its best seasons in school history. The team's success included strong performances from Tony Escueta (men's saber) and Maggie Shealy (women's saber), both of whom also earned USFCA Collegiate Awards.

This season saw the debut of a pair of new recognition awards from the USFCA.

See the full list of award winners below, and join us in applauding these outstanding fencers, coaches and teams.

To read more about their impressive contributions, see the official release.

To read more about their impressive contributions, see the official release.