After reviewing submitted essays and applications, Absolute Fencing Gear awarded a combined $10,000 in scholarship money to a quartet of talented fencers. These are their stories. 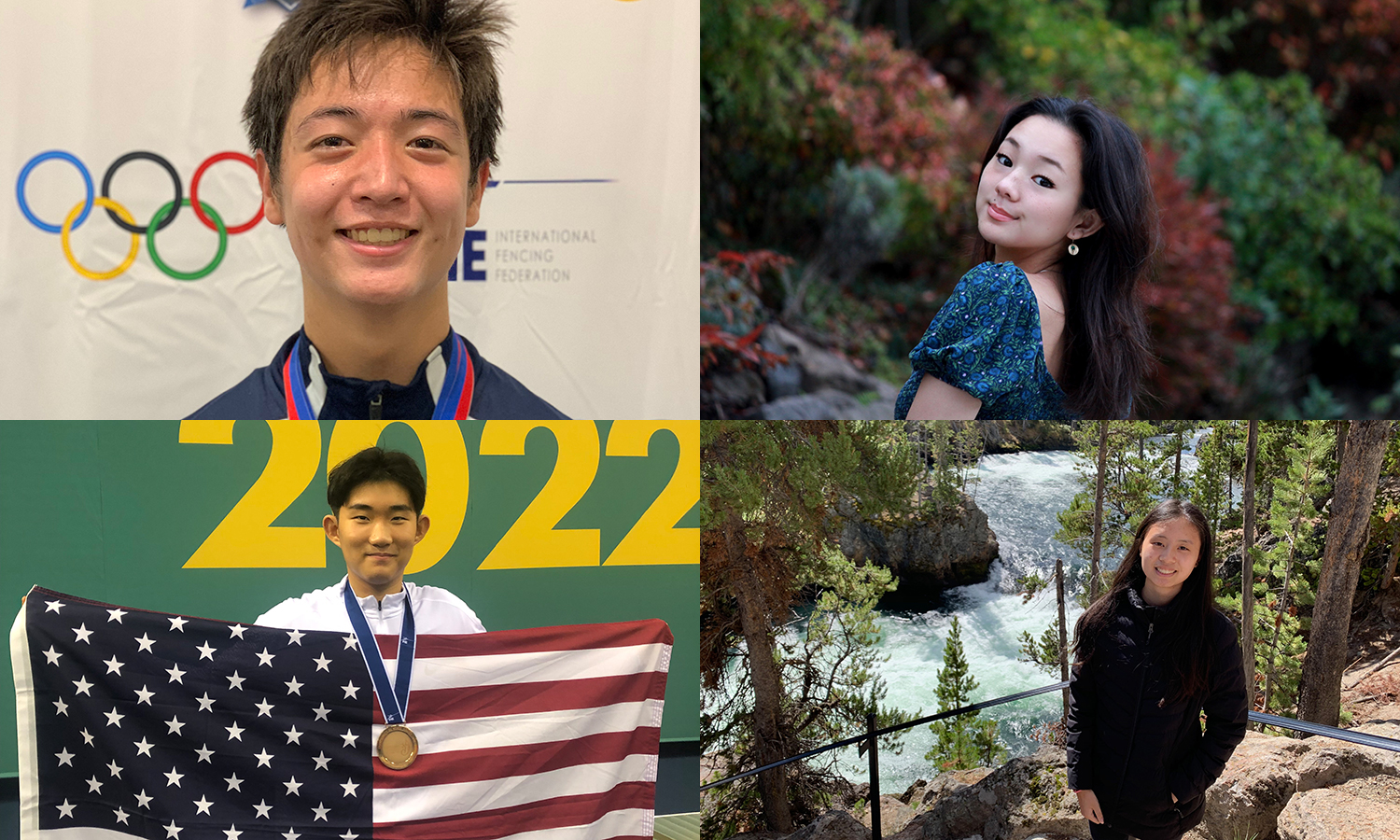 COLORADO SPRINGS, Colo. — When Alex Jeffords (Los Angeles International Fencing Center) got the news, he felt “a mixture of astonishment and pure shock.”

“If you had seen my face initially, it would have looked like one of those cartoons where the character has their jaw on the floor,” he says.

Eventually, that expression morphed into a smile when he realized he had won the $4,000 scholarship from Absolute Fencing Gear.

“As my friends started celebrating, the reality of winning the scholarship sunk in,” Jeffords says.

While 914 talented student-athletes were selected as members of the 2021-22 Absolute Fencing Gear All-Academic Team, only four were also honored with scholarships.

(A note to those who are members of the 2021-22 All-Academic Team or 2021-22 All-American Team: If you didn’t pick up your certificate at Summer Nationals, it will be mailed to you in a few weeks.)

After reviewing submitted essays and applications, Absolute Fencing Gear awarded a combined $10,000 in scholarship money to this quartet of talented fencers.

Jeffords plans to put the money toward his education at Johns Hopkins, where he’ll continue participating in the sport he loves.

“Fencing has also provided me with a strong foundation of friendships from across the country,” he says. “To me, fencing is my home away from home.”

Below, learn more about Jeffords and meet the other three scholarship recipients.

Congrats to these young people, and thanks to Absolute Fencing Gear for making their scholarship dreams come true 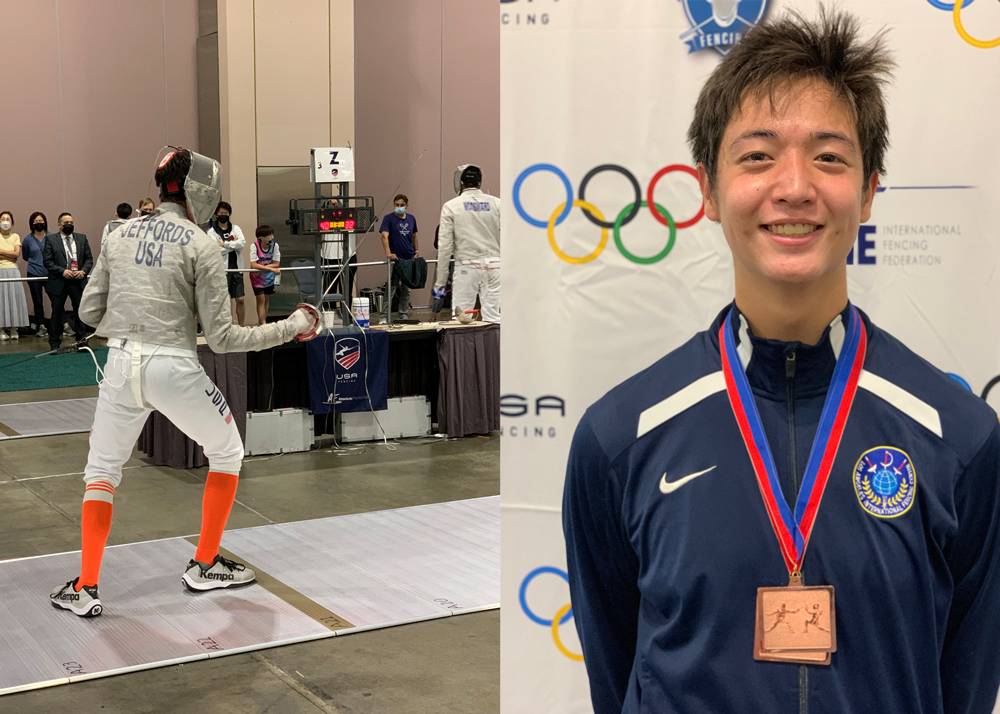 Weapon: Saber
Club: Los Angeles International Fencing Center
Plans for the money: Put toward his education at Johns Hopkins, where he’ll continue to fence in college.
Why he loves fencing: “It’s not just a sport — it’s also a lifestyle. It has not only given me an outlet for my competitive nature but has also allowed me to grow as an individual. I think we all experience a gamut of emotions while fencing. For better or worse, these emotions can affect us on and off the strip. Through fencing, I have learned to be empowered by and embrace my emotions as I start the next chapter of my life. Fencing has also provided me with a strong foundation of friendships from across the country. To me, fencing is my home away from home.
Whom he’d like to thank: “My coach, Daniel Grigore, and my family for their support and encouragement throughout my fencing career. They have given me so much love, and I couldn't do this without them.” 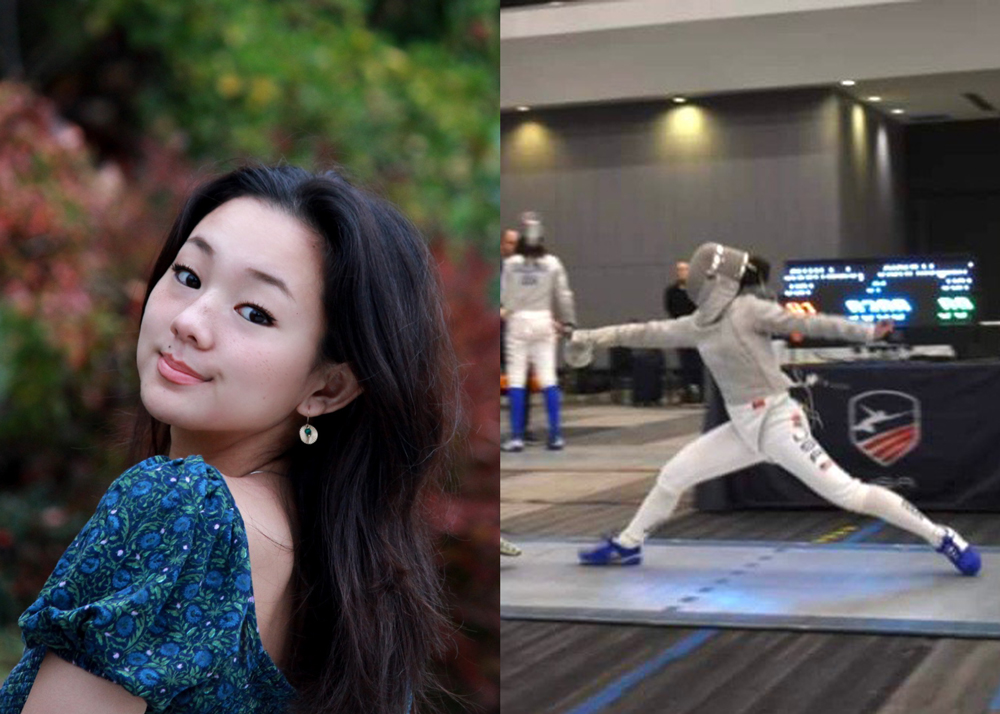 Weapon: Saber
Club: PDX Fencing (Beaverton, Ore.)
Plans for the money: Put it toward her college fund. “Helping my parents out with anything financial in terms of my college is always fulfilling.”
Why she loves fencing: “Fencing is no easy sport, and that is what I love most about it. There are more losses in fencing than wins, but that aspect makes it more rewarding when you can win. To me, fencing has helped exercise not only my physical figure, but also my cognitive thinking skills and grasp on my emotions.”
Final thoughts: “More than anything, it was so exciting to me that two of my greatest passions — creative writing and fencing — came together to create this essay and helped achieve this fortunate outcome. As an aspiring writer, having someone read and appreciate my writing is the greatest gift of all.” 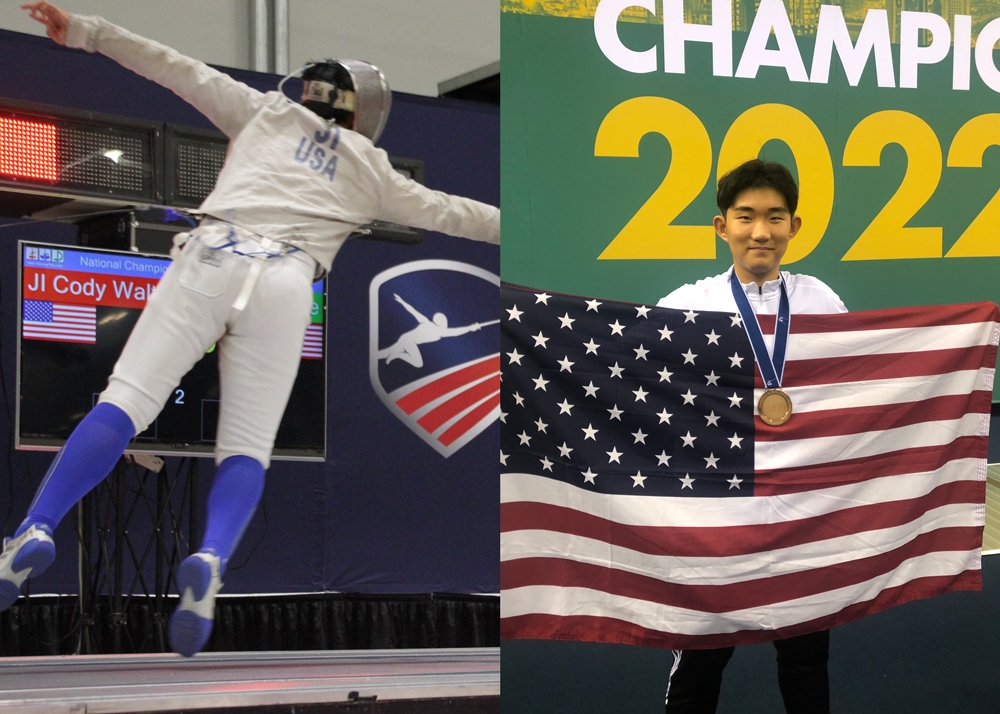 Weapon: Saber
Club: Nellya Fencers (Atlanta)
Plans for the money: Donate to charities while reserving the other half for college funds.
Why he loves fencing: “I love fencing because of its competitive nature and the lessons that it has taught me. I have learned many things throughout my career, and I know that the skills that I have developed will help me tremendously in life outside of the strip. I also enjoy all of the traveling and memorable experiences that would have never been possible without the amazing sport.”
Final thoughts: “I have been wanting to share my experiences in fencing for a long time, and I felt that the scholarship program essay would be the perfect opportunity to share some of my lessons and experiences in fencing.” 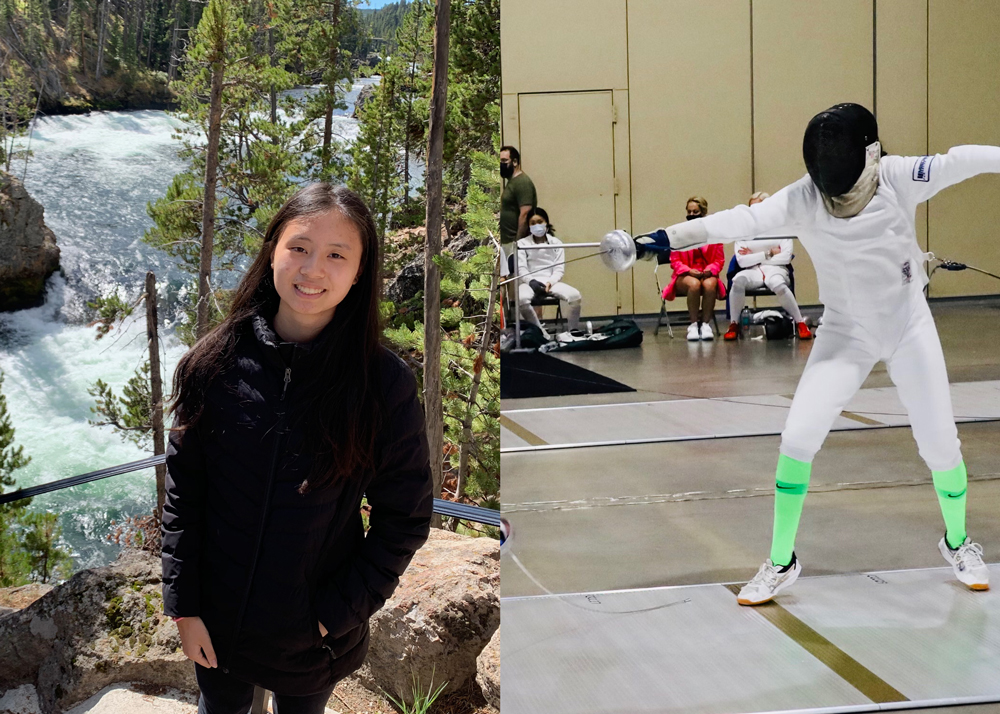 Weapon: Epee
Club: Medeo Fencing Club (Bridgewater, N.J.)
Plans for the money: Use it toward pursuing higher education in college so she can earn a degree in a STEM field.
Why she loves fencing: “Not only is it a way for me to stay active and compete, but I am also able to socialize with my friends and relieve some of the stress that occurs as a result of my busy schedule.”
Whom she’d like to thank: “My coach, Yakov Danilenko, everyone at Medeo Fencing Club, my family, USA Fencing, and all of the staff at Absolute Fencing.”