USA Fencing is thrilled to announced its 2021-22 regional patch winners, presented to the most successful youth, cadet and junior fencers in each of the six fencing regions 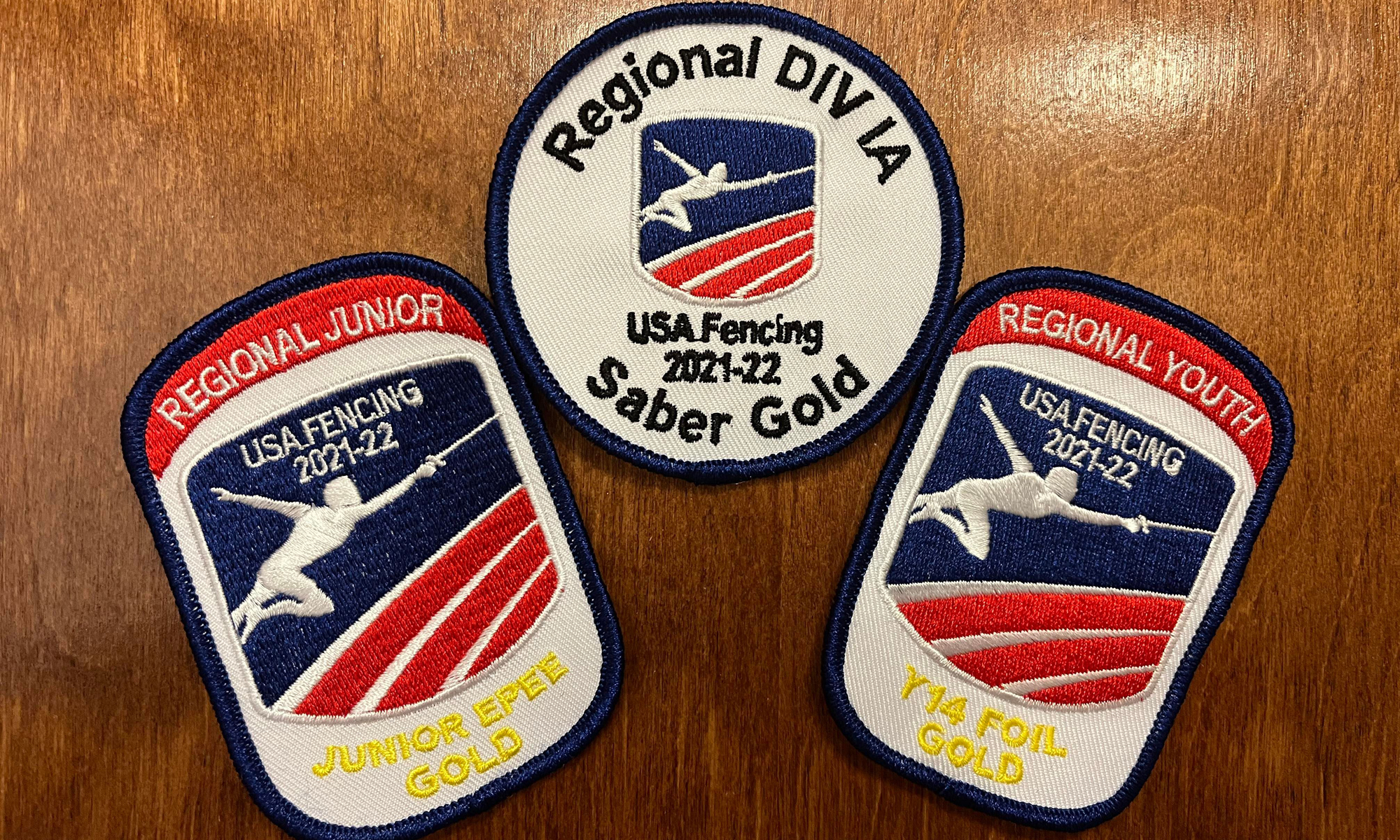 COLORADO SPRINGS, Colo. — The 2021-22 regional fencing circuit may be over (with the 2022-23 regional tournament calendar just getting started), but there's still time for one more look back at a wonderful regional season.

In that spirit, USA Fencing is thrilled to announced its 2021-22 regional patch winners.

Exactly 665 patches were awarded across all age groups and weapons.

These patches recognize the most successful youth, cadet and junior fencers in each of the six fencing regions and are based on each fencer's performance at regional tournaments. We tallied the points to see which three fencers emerged on top of their weapon and age group and will mail a gold, silver or bronze patch to each winner.

Junior and cadet patch winners are based on the regional point standings immediately following the conclusion of the Junior Olympics.

There are also patches to recognize the top Division IA, Division II and Veteran fencers based on their performance at regional tournaments.

While comparing two clubs across different regions doesn't tell the full picture, we also like to spotlight those clubs with the most regional patch winners. For the 2021-22 season, those clubs are:

Congrats to all the winners! Patches will be mailed by mid-September.