In Major Move for Parafencing, the U.S. Will Host an IWAS World Cup in Nation's Capital

The event, set for Jan. 14–17, 2023, will offer a firsthand view of parafencing, also known as wheelchair fencing, with the 2028 Summer Paralympics in Los Angeles approaching fast. 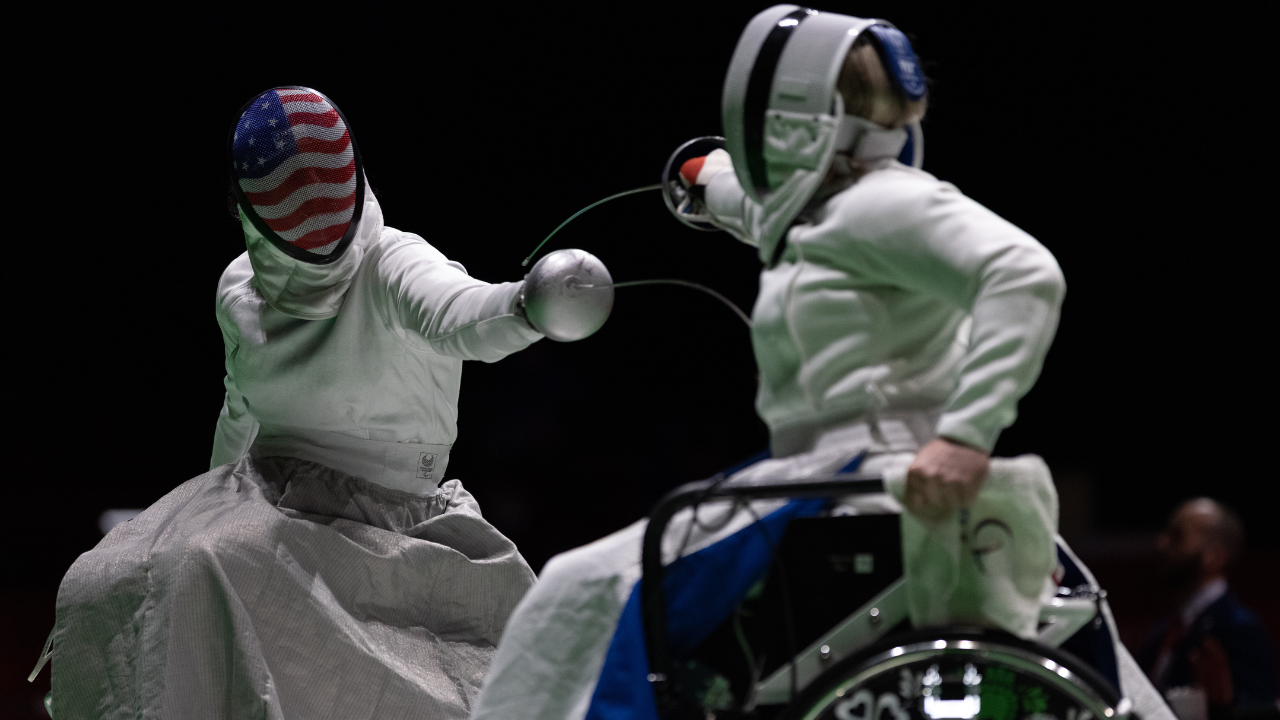 Updated, Nov. 18: This article has been updated to reflect the announcement of the event venue.

COLORADO SPRINGS, Colo. — In a development destined to grow parafencing in this country, the sport’s international federation has awarded a World Cup event to the United States.

The International Wheelchair and Amputee Sports Federation, or IWAS, announced today that its 2023 season will begin with an IWAS Wheelchair Fencing World Cup in Washington, D.C.

The event is set for Jan. 14–17, 2023, at the National Conference Center in Leesburg, Va. This is the first IWAS World Cup hosted in the United States since 2003 in Atlanta.

“Visibility is vital in sports — especially adaptive sports like parafencing,” says USA Fencing CEO Phil Andrews. “With the 2028 Summer Paralympics in Los Angeles on the horizon, we have an exciting opportunity to grow parafencing in this country. But to do so, we must provide opportunities for people to see this fascinating, fast-paced sport for themselves.”

Winning medals is an impressive feat at any location. But having home-field advantage for an IWAS World Cup will inspire current and future athletes in new ways.

“We are very excited to welcome everyone to the U.S. for a World Cup,” says Geddes, a 2020 Paralympian. “It’s wonderful to have the opportunity for greater exposure for parafencing in the United States and to gain more athletes as we head to LA 2028.”

Speaking of the Paralympics, next year’s World Cup in Washington, like other IWAS events in 2023, will offer points that go toward qualification for Paris 2024. Expect high-level competition as athletes compete for a coveted spot at the Games.

More details about the World Cup, including venue information, a daily schedule and spectator info will be available in the coming months.

In the meantime, the excitement will continue to build. Lauryn DeLuca, a USA Fencing board member and 2016 Paralympian, says she was ecstatic when she learned that the United States would be hosting an IWAS event.

“The opportunity to host a domestic parafencing World Cup has been long in the making,” she says. “To me, it feels like a victory. I had grown up in the fencing world seeing able-bodied World Cups held domestically. I remember telling myself, ‘one day, one day.’ That ‘one day’ will be in January. This will be a pivotal moment for USA Fencing as a whole as parafencing will get its chance to shine on American soil.”