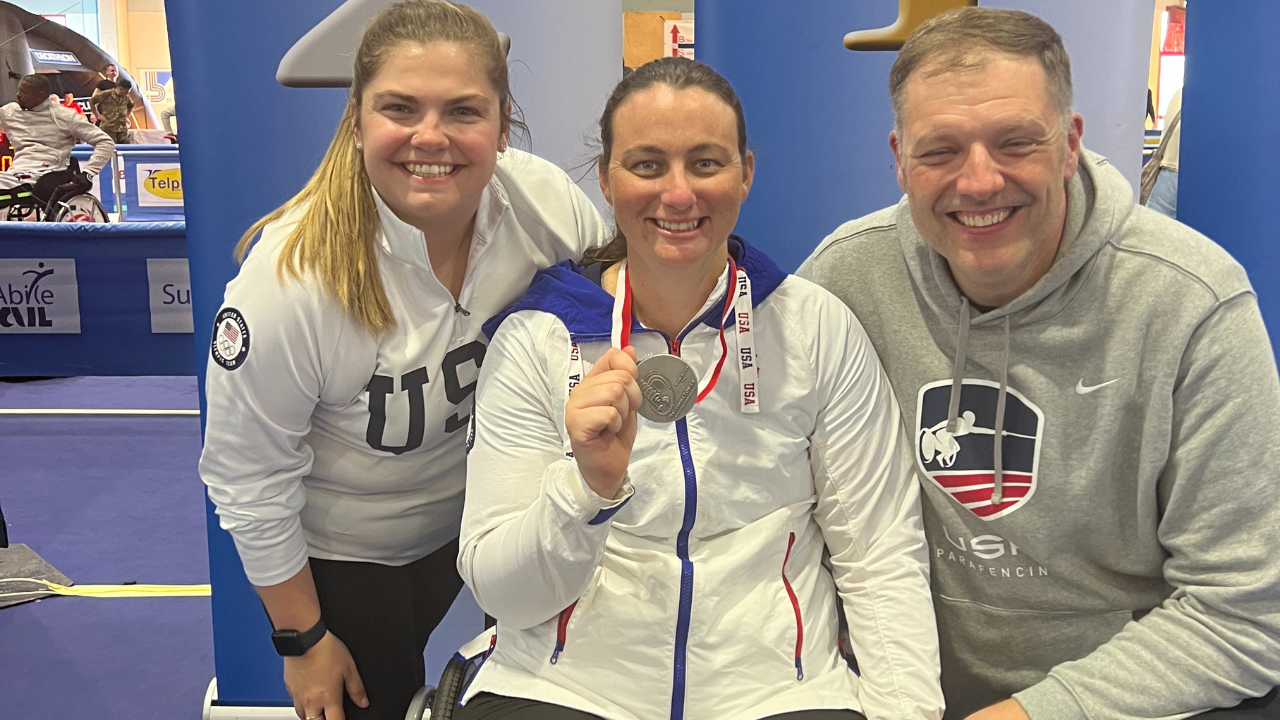 COLORADO SPRINGS, Colo. — After earning two bronze medals in April at the IWAS Wheelchair Fencing World Cup in São Paulo, Brazil, what did Ellen Geddes PLY (Aiken, S.C.) have in mind for an encore?

How about two silver medals?

Just over a year after representing Team USA at the Tokyo Paralympics, Geddes secured another impressive accomplishment for the Stars and Stripes, taking home silver medals in both Cat. B Women's Foil and the Cat. B Women's Epee at the IWAS Wheelchair Fencing World Cup in Pisa, Italy.

Team USA hadn't won a silver medal at an IWAS World Cup since 2013, meaning the trip to Pisa ended that drought in grand style.

It's been a big month for Team USA Parafencing as last week we learned the United States has been awarded an IWAS World Cup event. That tournament is scheduled for Jan. 13–16, 2023, in Washington, D.C., and will be a great opportunity for fencing fans to cheer on Geddes and the rest of Team USA in person.