Selina Kaing, an IT services expert who has performed transformational work with some of the world’s top companies, and Ivan Lee OLY, who parlayed successful fencing across multiple decades into a position as head fencing coach of Long Island University, have been named vice chairs. 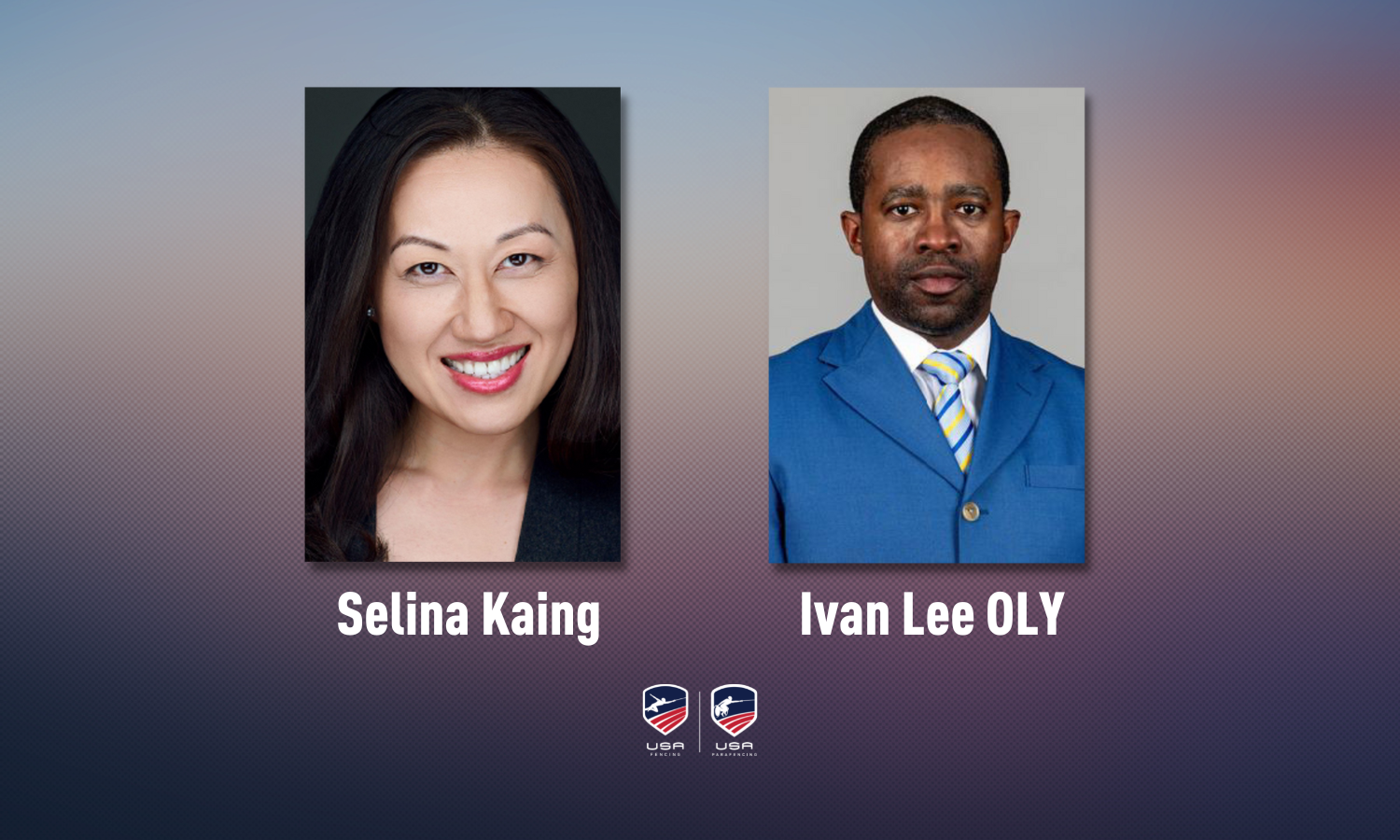 COLORADO SPRINGS, Colo. — An Olympic and Paralympic national governing body is only as good as its people. And at USA Fencing, we’re fortunate to count among our members some of the best people around.

Case in point: our two newest vice chairs of the USA Fencing Board of Directors. This year, we welcome two new individuals to these volunteer board positions — each of whom adds areas of knowledge and contribution to the Board that aren't already covered through our existing elected and appointed roles.

“We’re privileged to add such expertise to the existing knowledge on our Board,” says Phil Andrews, USA Fencing’s CEO. “Working with Selina and Ivan will give us additional ways to serve our sport and develop the strategy of USA Fencing.”

Selina Kaing is driven by the desire to help organizations scale and grow — and she has the track record to prove it. Now the Head of Category Management, Enterprise Technology and Global Procurement at Google, Kaing brings to USA Fencing that spirit of Silicon Valley innovation paired with a passion for helping people. Before Google, she worked in operations for Fortune 500 companies including Disney, Nestlé, Gillette and Express.

Kaing is also a Veteran fencer herself, though her fencing career didn’t begin until a bit later in life.

"Although I came to fencing much later, it's been wonderful to connect with such an amazing and welcoming community,” she says. “I've been fortunate to be able to bring my own unique skills and talents from over 20 years in strategy and technology to give back to USA Fencing and look forward to helping the organization and sport continue to grow and navigate the opportunities ahead."

Ivan Lee OLY has been a member of USA Fencing for more than 30 years and has competed at every level of the sport — from his fencing beginnings at the Peter Westbrook Foundation to his time at St. John’s University (where he twice won the NCAA saber title) to earning a spot on six Senior World Championship teams.

But top among Lee’s fencing career highlights is securing a spot on Team USA at the 2004 Summer Olympics in Athens, where he finished 12th. After Lee’s senior career ended, he didn’t slow down. He continued to referee (and has been doing so for 25 years) and won two consecutive national titles in Vet-40 men’s saber. He still competes as a Veteran fencer today.

After retiring from senior-level competition in 2008, Ivan joined the New York City Police Department, where he spent his first six years in the transit bureau and his last seven as a physical training instructor at the Police Academy.

In 2019, Lee was offered the head coach position at Long Island University, and he quickly got to work recruiting, building and raising funds for the new Division I program. In just his second season, Ivan brought LIU its first Division I national championship in school history when Hungarian Laura Fekete (whom Lee recruited) won the 2021 NCAA title in women’s epee. In 2022, LIU added men’s fencing to its program, and Lee became head coach of both programs.

“I’m proud and honored to serve the community in any way I can,” Lee says. “Fencing has gained significant achievement over the past few decades, thanks to many brilliant, innovative and progressive minds working behind the scenes. As the need for willing and capable volunteers grows with each new generation, I hope to use my experience in several areas of the sport to help advance fencing for all involved, from the grassroots level to the Olympic and Paralympic teams.”