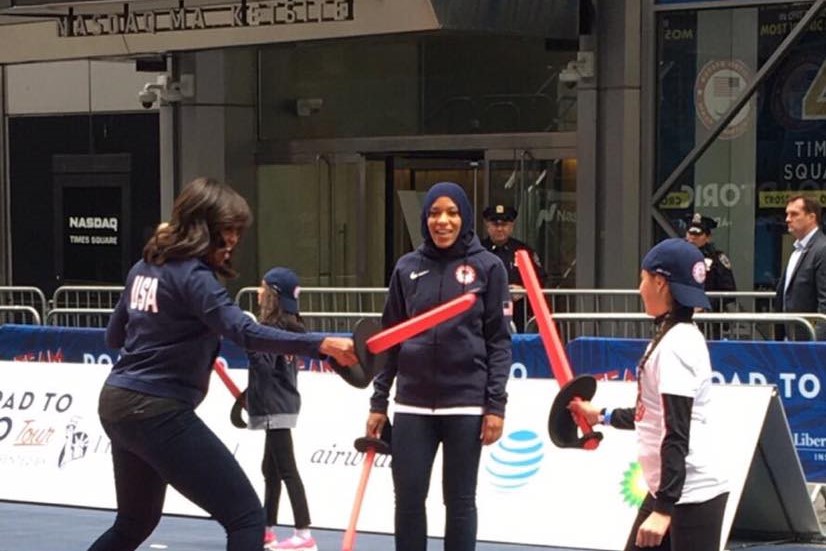 (New York) - First lady Michelle Obama wrapped up her speech to dozens of U.S. athletes to mark 100 days before the Rio Games and immediately headed over to a temporary court set up in the middle of Times Square.

There she was greeted by Olympian Ibtihaj Muhammad, the two women sharing a long embrace. Muhammad then gave Mrs. Obama a quick fencing lesson before the first lady and a young girl practiced their technique with foam foils.

In the meticulously staged photo op Wednesday was plenty of symbolism, and Muhammad, who is set to become the first American to compete in the Olympics while wearing a hijab, feels comfortable as the face of that message ... more>