Petitions Now Being Accepted for 2017 USA Fencing Board Election 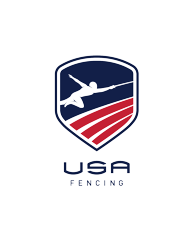 The USA Fencing Election Committee will be accepting petitions from those seeking to run in the 2017 USA Fencing Board of Directors Election before April 1.

On Jan. 13, the USA Fencing Nominating Committee announced that the following individuals will be candidates in the election:

Position - Director At Large (two to be elected)

Per Article IX Section 4 of the USA Fencing Bylaws, additional candidates for the At-Large positions may be nominated provided that:

i.                  The prospective candidate identifies the position for which he or she seeks selection and meets the qualifications of that position; and

ii.                  Prior to or simultaneously with the submission of supporting petitions, the prospective candidate shall have in writing (1) indicated his or her willingness to serve and (2) executed and delivered  the Qualifying Affirmation prescribed in this Article; and

iii.                The petitions submitted in support of the prospective candidate include no fewer than 25 subscriptions of voting members in good standing who have among them named no fewer than five separate member clubs as their primary affiliation and whose identity and intent are not reasonably subject to doubt.

iv.          The Election Committee shall determine whether each person nominated by petition meets the qualifications laid down in the Bylaws for the position on the Board of Directors being sought, and shall only allow the names of those candidates who do so to appear on the ballot or to receive votes.

All petitions must be received by the USA Fencing National Office in hard copy before April 1. Electronic petitions and electronic delivery of copies of petitions are not permitted.

The mailing address for the USA Fencing is as follows: