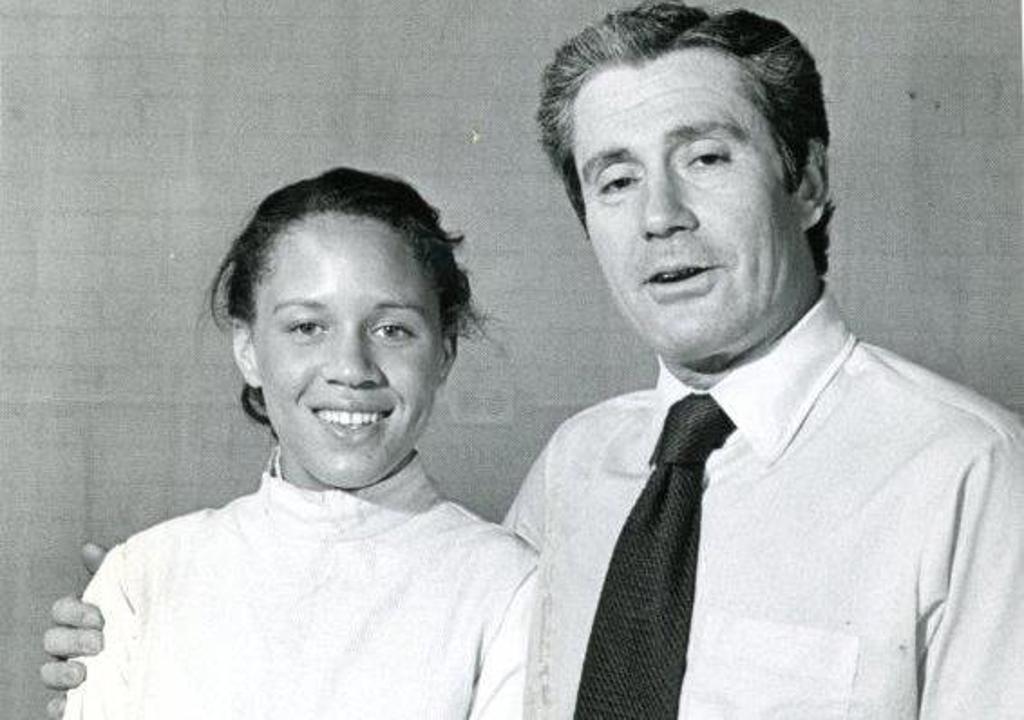 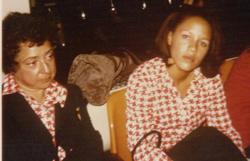 There are many reasons kids participate in sports – to have fun, socialize or stay in shape.

For Ruth White, fencing was her safe haven, away from all the discrimination she faced in her everyday life.

Born in 1951, White faced prejudice on a daily basis as an African-American child growing up in Baltimore, Md. White was used to being belittled, degraded and held back as she was called names by her classmates and moved into the ‘basic’ class in the basement of the school – all because of the color of her skin.

But in the fencing salle, White found a home, a place where she was valued as an athlete and equal to everybody else.

“The reason I clung to fencing though was first thing, there weren’t many sports for women. Tennis, that was the only sport for women,” White said. “The other thing is when you walk into the fencing salle, nobody really cared what color you were. It’s just how hard you worked and how hard you tried and how well you did. And I’d never been in an environment like that before. Everything was about color back then. It was just so refreshing to escape that for a few hours the day I was at the fencing salle. It was like being in heaven.”

A sport that was less popular in the African-American community, White found the sport of fencing by chance. Her parents signed her up for ballet to keep her from playing with the boys, but White showed no interest.

As a result, her parents sent her to the YWCA, where fencing was one of the two remaining available classes.

“If I hadn’t of walked into the Y that day, I would’ve never become a fencer,” White said. “Most black people had never heard of fencing. Maybe they heard the word, but fencing was not part of their world.”

As it turns out, fencing was a natural fit for White. She started attending tournaments and when she began to win, White was taken to the University of Pennsylvania to train with USA Fencing Hall of Fame Coach Lajos Csiszar.

“I was really good. I liked it. I was a very aggressive, very athletic kid,” White said. “I ran home from school every day – it was about a mile – and I was very strong. I used to have to fight my older brother all the time, so I was really strong and my legs were really strong. I was just aggressive.”

Unlike in school where White said she was discouraged from succeeding, in fencing she received encouragement and found a place where she had motivation to improve. She began to thrive and her motivation in the club transcended into the rest of her life, allowing her to overcome the discrimination.

“Fencing is one of the sports where it’s amazing how you can walk from one world to the next. It’s very, very prejudiced. Even the black people were prejudiced. The other world was not prejudiced. It was like stepping into a different world,” White said. “I still feel like fencing saved me. Because of fencing I had the courage to try again in school and to get good grades because if I didn’t, I wouldn’t be allowed to go to the fencing tournaments. I started to really try hard again and do really well in school and also I really wanted to get out of Maryland. I knew it was a toxic environment, and so I just wanted to leave.”

In 1969, White made history in American fencing, winning the AFLA Women’s Foil Championship and becoming the first African-American to win a U.S. fencing championship.

“Then, it was unreal and sort of a magical time. I had a lot of support at that National Championship. Some of my teammates from Maryland were with me. They had taken me there,” White said. "They just took care of me. I was really young and they took me to dinner and got me cleaned up because we had a big meet the next day. We had the team championships … It was kind of unreal. For the first time in my life, I felt really special.”

While White was rewriting the record books, she continued to struggle with bullying at school. Despite winning a Senior National Championship at just 17 years old, most people in her hometown refused to credit her accomplishments.

Soon after her victory, White began college at NYU, selecting it because she knew it would be a positive environment and she wouldn’t face prejudice as her parents had both earned their graduate degrees there.

“It was a safe haven,” White said. “The first time in my life I go to school and don’t have to worry about anything but just doing well.”

At NYU, White won two national collegiate titles and in 1970, she took the AFLA Junior Women’s Foil title, the second of her career. The following year, White became the first American to win a medal at the Junior World Championships, earning bronze. She also competed at the 1971 Pan American Games, winning individual silver and team gold.

In 1972, White set another first in fencing. After winning her second Senior National Championship, White was told she’d made the Olympic Team, making her the first African-American female fencer to represent the United States at an Olympic Games.

An accomplishment White had never dreamed of or hoped for, she was shocked to find out the news.

Just 21 during the Games, White made it to the second round in Munich. In the team event, the youngest member of the women’s foil squad helped Team USA to a seventh-place finish, the highest result by a U.S. team since the event was added to the Olympic agenda in 1960.

Just weeks after the Games, White walked away from fencing. Having reached the pinnacle of the sport, she pursued a new dream and started medical school.

White had known she wanted to be a doctor since junior high and entered medical school at NYU after completing her undergraduate degree in three years.

“I saw on television that people who had some sort of knowledge or something to offer, even if they were black, weren’t treated badly. They were treated with respect and dignity,” White said. “And also I was good at that kind of thing. One time (in junior high) my brother had something funny with his leg. It was swollen – he had fallen some place – and I told my mom that this was a blood clot. He had a clot in his vein and my mom took me and my brother to the doctor and told him what I said and the doctor said, ‘Yeah you are certainly right.’ So I felt like I must’ve had a talent for that and I just thought it would be good to be that.”

Fittingly, White now works as an internist in California, specializing in the diagnosis and medical treatment of adults.

In 1989, White was inducted into NYU’s Hall of Fame and in 2001 was entered into the USA Fencing Hall of Fame. She is married with three children.

Although she doesn’t fence anymore, she holds onto the lessons she learned growing up, trying to make sure no one sees the discrimination she faced.

“When people know … you’re good at something, then people respect you and they like you. You don’t have to prove anything. People just naturally like you and go to you,” White said. “I have one of the biggest practices in the Valley and solo practices. I have all sorts of people in my practice. I try to be welcoming and kind to everybody, show people it doesn’t matter what color you are, you could still have something to offer.”