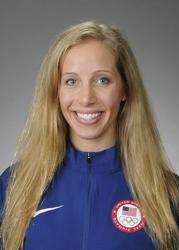 Zagunis, who was previously elected to the current term in 2013, was one of six athletes elected by 571 fencers who cast votes at the Senior World Championships in Leipzig, Germany last week.

“I am very honored to be elected by my fellow fencers to another term as an athlete representative on the FIE Athletes Commission,” Zagunis said. “The previous four years have provided a great learning experience to me personally, and the Athletes Commission was able to accomplish some important goals while establishing new initiatives that I am looking forward to continuing to work on with this next Commission.

Zagunis joins the following athletes on the commission:

“The other athletes who have been elected are already fantastic leaders and role models in our sport, and I am confident that during this next term we will work well together serve and represent the athlete body to the best of our ability,” Zagunis said.

The six elected Athletes Commission members will be joined by six additional athletes which will be selected by the FIE Executive Committee during its next session on Sept. 17.