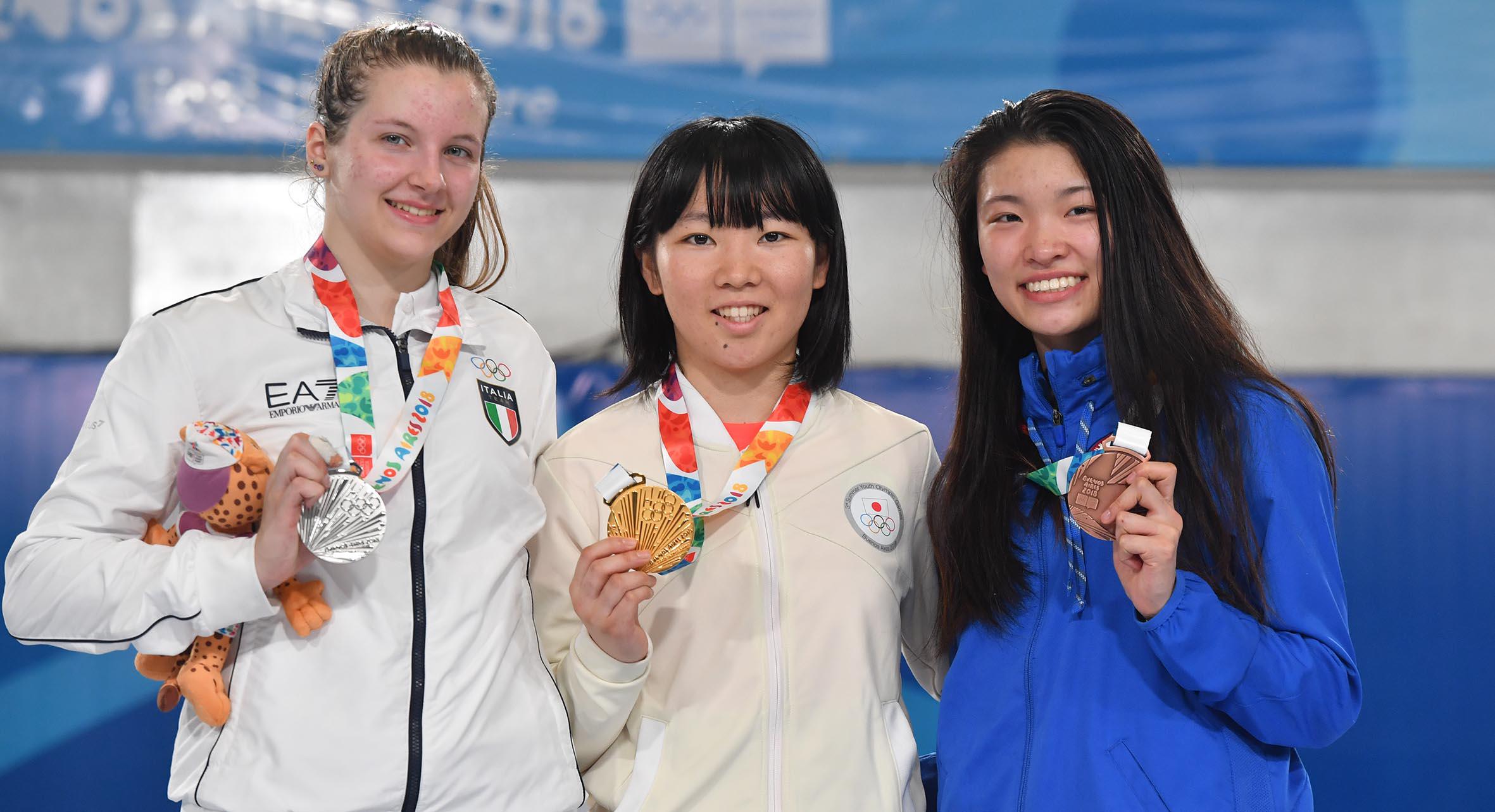 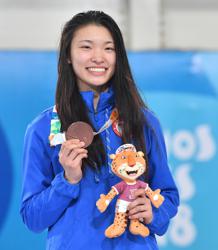 (Colorado Springs, Colo.) – May Tieu (Belle Mead, N.J.) is a familiar face on the foil podium for fencing fans who have seen the 17 year old win silver at the 2018 Cadet Worlds, team gold at the Junior Worlds and numerous national and international medals.

But competing for a Youth Olympic medal would be a different type of stage for Tieu who won bronze in Buenos Aires – the first medal for a U.S. athlete from any sport on the opening day of the Games.

“It’s amazing,” Tieu said of her bronze medal win. “I just did my job. It was such an honor and a shock to be told that I won the first U.S. medal of the Games.”

Tieu finished the pool rounds with a 5-1 record, defeating 2018 Junior World silver medalist Martina Favaretto (ITA) and dropping just one bout in the round – a 2-1 overtime loss to Jane Caulfield (CAN).

While Tieu was having an outstanding day of competition, one of her competitors, however, found herself in a predicament that is every fencer’s nightmare. Grace Senyo (TOG) didn’t have foils that passed weapon check and Tieu lent her opponent a foil so that she could remain in the competition.

“There are too many times that I had to borrow something and someone always stepped up to help,” Tieu said when asked about her sportsmanship towards her opponent. “It only made sense and it really didn’t pose a problem in my mind.”

In fact, not only would Tieu fence Senyo in the pool rounds, but they would meet in the table of 16 where Tieu took the bout, 15-1.

Tieu dominated her quarter-final bout as well, scoring nine straight touches top open the round against Noha Hany (EGY) before closing at 15-3 in the first period.

After a break of several hours, Tieu returned to take on Favaretto in the semis. The Italian took a 5-1 lead early in the first period and Tieu was never able to rebound. By the end of the first period, Favaretto built a 10-4 lead and went on a 5-1 run in the second to close the bout at 15-5.

In any other individual event, Tieu’s day would be done until it was time to receive her bronze medal. However, at both the Olympic Games and the Youth Olympic Games, athletes must return after losing in the semis to fence off for bronze.

“Coach Massialas told me that it’s the hardest thing to come back from a loss and fence another high-stress, high-level bout,” Tieu said. “I’m super happy I pulled it off, but it was weird to walk back from losing and prepare again for another bout.”

In the bronze medal final, Tieu fenced Anabella Acurero Gonzalez (VEN) for the third time this season. The two have split their bouts with Gonzalez winning their quarter-final bout at the Junior Pan American Championships, 15-14, and Tieu defeating the Venezuelan, 15-11, in the table of 16 at Cadet Worlds.

Gonzalez led the bout, 3-2, after the first break and 6-4 after the second before Tieu tied the score at seven late in the third.

In the overtime minute, Tieu took the bout down to the wire before scoring the winning touch with 11 seconds on the clock.

“I kept taking deep breaths. I knew what I was doing wasn’t working, but the score was always close so I just didn’t do anything risky – even though I really wanted to,” Tieu laughed. “So just taking moments to inhale and exhale with purpose really helped. I ended up going back to the kind of fencing I used when I fenced her in Worlds and luckily that pulled me through the priority minute.”

Although Tieu faced many of the opponents she has competed against for several years on the circuit, she said the Youth Olympic experience was nothing like competing at the Junior and Cadet Worlds earlier this season.

“It’s incomparable. At Worlds, I had my private coach, foil USA teammates to warm up with and talk about bouts with and, most importantly, I had been to World Championships before. It was totally new and I just hope I smiled enough for all the cameras!” she reflected.

Tieu will have another opportunity to return to the podium on Wednesday when she competes in the mixed team event.

Vidovszky took an 8-7 lead against Alonso Santamaria (ESP) in the quarters, but Santamaria came back to regain the lead at 13-12. Vidovszky scored three straight touches, however, to win the bout, 15-13, and secure a position in the medal rounds.

In semis, Vidovszky kept the bout within two touches, but Jun Hyun (KOR) tied the bout at 14. Vidovszky went for a bold action with a jump parry, but it would be the Korean who scored the final touch to win the bout, 15-14.

Vidovzky’s bronze medal opponent, Mazen Elaraby (EGY), led the bout at 10-8 in the second, but pulled away with four straight touches to take his lead to 14-8. Vidovszky scored two, but the Egyptian took the final touch and claimed the bronze, 15-10.

Top  eight results are as follows: