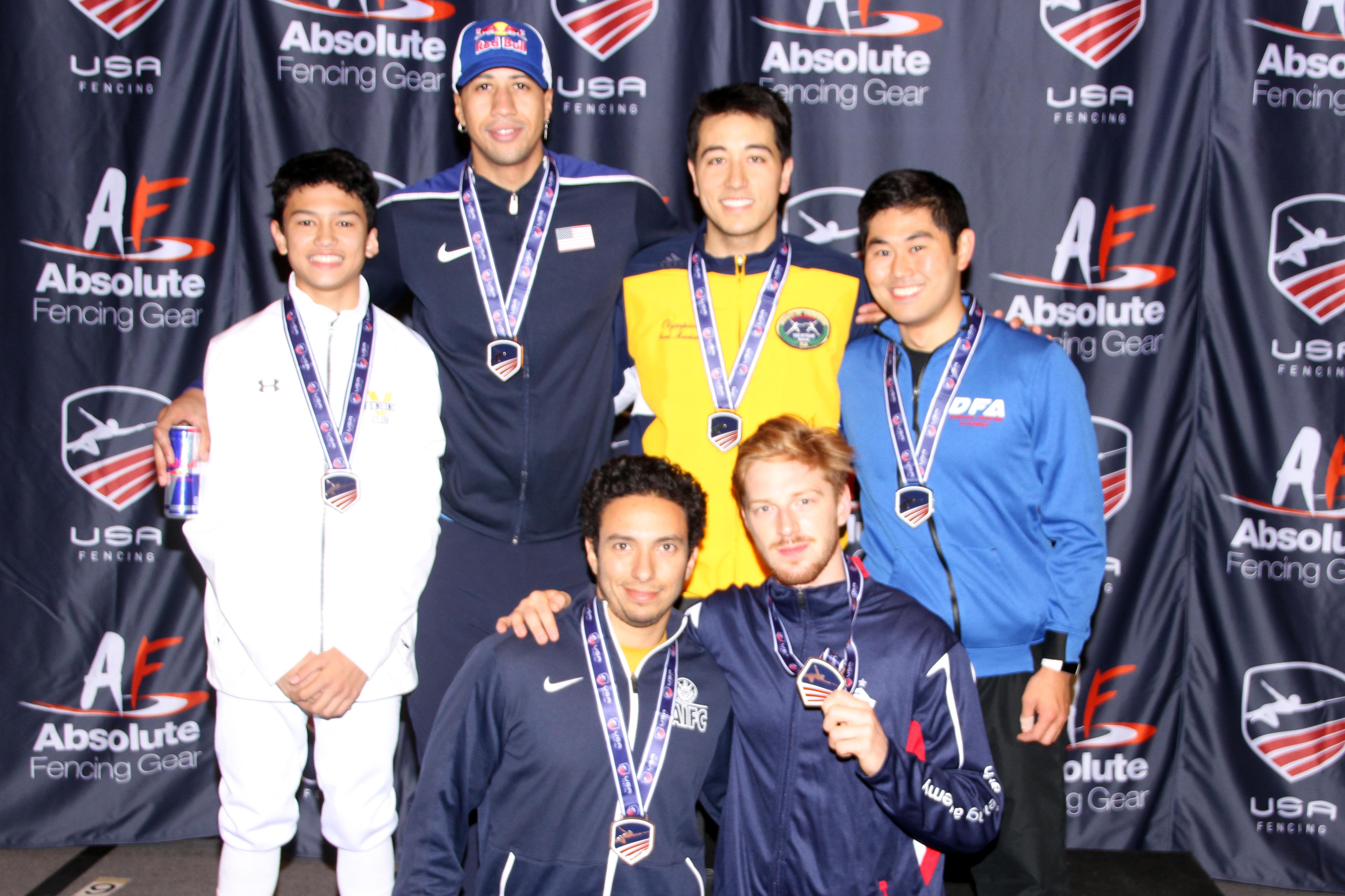 Despite competing for the first time at a national event in nearly a year, Meinhardt was perfect on the day, going 6-0 in pools and 7-0 in the direct elimination rounds, including wins against two of his teammates from this year’s silver medal-winning World Championship Team: World No. 3 Race Imboden (Brooklyn, N.Y.) and 2013 Senior World Champion Miles Chamley-Watson (New York, N.Y.)

Meinhardt has not lost at a national tournament since June of 2015.

“I’ve worked really hard this offseason, so I was really excited to come out here, regardless of the result because it’s such a big event, you don’t know who you’re going to run into,” Meinhardt said. “I ran into a lot of tough guys that could beat me on any day, so I was just really hoping to come out here and have fun, fight hard and put all of my hard work this offseason to use. It worked out well for me, so it’s definitely encouraging.”

In the table of 16, Meinhardt overcame two-time Junior World team bronze medalist Geoffrey Tourette (Cupertino, Calif.), 15-11, after an 8-3 run in the second period.

Fencing Imboden in the quarters, Meinhardt took the bout, 15-11, to guarantee a medal and a semifinal match-up against Chamley-Watson.

Although Chamley-Watson took a 13-8 lead, Meinhardt scored the next four points to cut the lead to one, 13-12. Chamley-Watson earned the next touch to come within one point of advancing to the final, but Meinhardt closed the bout on a 3-0 run to clinch the victory, 15-14.

“I got down a bit and needed to be more aggressive, so I was able to push a bit and there were come close touches from both of us that luckily I was able to come out on top. For some reason, Miles and I have had a streak of 15-14 bouts and I’ve been lucky to come out on top because he’s fencing great and I’m really looking forward to us both competing better this World Cup season,” said Meinhardt, who also defeated Chamley-Watson 15-14 at the Pan American Championships in June.

“It was really fun today, seeing all the energy, seeing how young some of the fencers were, but remembering that when we first started these, we were that small too,” Meinhardt said. “Even once we got in to the direct elimination, I had some fun bouts with junior fencers and the guys coming up who are doing really well internationally, so I really enjoyed getting to do that, and then of course, I had to duke it out with Race and Miles, which are always fun bouts and I’m happy to come out on top because everyone is amazing and getting ready for the season, so it’s a good way to get things started.”

With a 15-9 victory over Savvianna Boles (Burnsville, Minn.) and a dominant 15-2 effort against Diane Kim (Palisades Park, N.J.), Candreva advanced to the table of 32, where she defeated Sara Proctor (Boulder, Colo.), 15-11.

Joining Candreva, Lin and Oxenreider on the podium was Amanda Pirkowski (Longwood, Fla.), who earned bronze.

Kim went 6-0 in pools to take the No. 2 seed in the elimination rounds, where she earned 15-8 victories over her first three opponents.

The quarter-finals saw Kim post a 15-12 victory over Magda Skarbonkiewicz (Portland, Ore.) Kim’s semifinal and final would both come down to the final touch as she outtouched Moya and Avakian 15-14 for gold.

Securing his first NAC gold medal with the title in cadet men’s épée, Ethan Nguyen (Las Vegas, Nev.) started the DEs with a 15-12 win against Zachari Levy (Fresno, Calif.) in the table of 128.

Bergman then clinched a medal with a 15-9 victory over Tony Escueta (Grand Prairie, Texas). After defeating Lai, 15-8, Bergman had another bout come down to the wire as he came out on top, 15-14, over Harley.