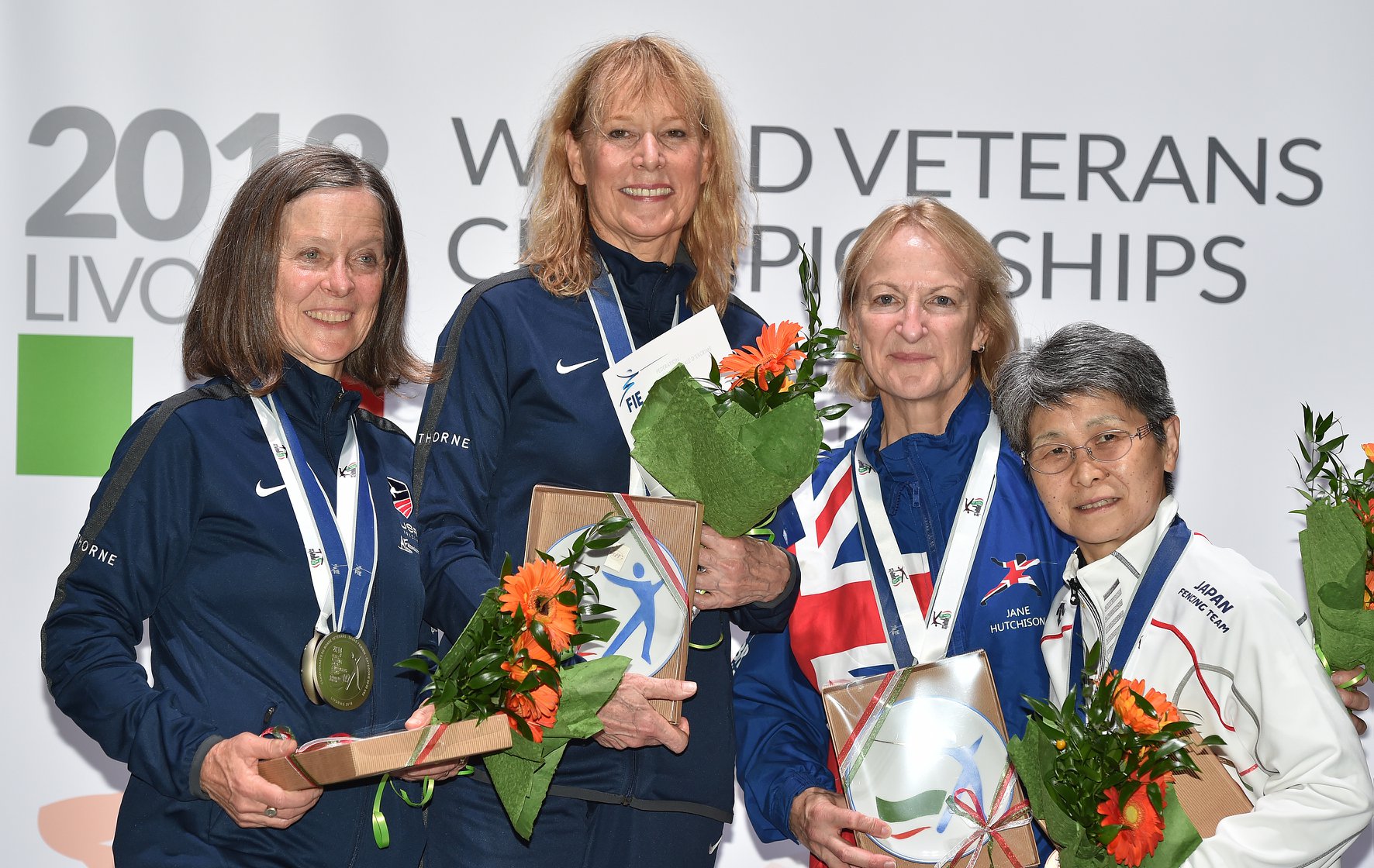 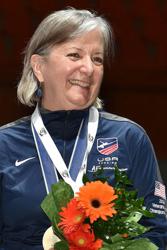 Securing her 11th individual career Vet World medal, Eyre went 5-0 in pools to take the No. 3 seed in the direct elimination rounds, where she started with a quick 10-2 victory over Angela Findlay (GBR). After controlling her table of 16 bout against Maria Teresa Conconi (ITA), 10-5, the 15-time Veteran World Championship Team member advanced to the final with a 10-8 victory over Claudia Bandieri (ITA) and a 10-7 win against Jane Hutchison (GBR).

On the other side of the bracket, top-seeded Turner cruised into the table of 16, defeating Isobel Ellis (AUS) and Yvonne Elizabeth Walls (GBR) by 10-1 scores.

A three-time individual Vet World Champion, Turner would be tested in the next two rounds, but nevertheless, like Eyre, she guaranteed her 11th individual medal at Vet Worlds by outtouching Jujie Luan (CAN), 10-9, before edging out Yoshiko Chikubu (JPN), 10-8.

In the final, Eyre took a 5-1 lead at the break, but Turner scored three straight to start the second period. With a tight 8-7 lead, Eyre scored to come within one point of victory. Turner continued to fight, earning the touch to stay alive at 9-8, but Eyre closed out the bout, taking the winning touch for a 10-8 victory and her sixth straight podium finish.

Two-time Vet World medalist Linda Dunn (Greenfield, Ind.) claimed a top-eight finish. She overpowered Corinne Aubailly (FRA) and Isabelle Molko (FRA) by 10-4 scores, but had her day ended in the quarter-finals with a 10-3 loss to Hutchison.

Starks-Faulkner, who competed in foil on Thursday and holds seven individual Vet World medals between the foil and saber events, defeated Tatiana Goryunova (RUS), 10-7, in the 32, but lost to Hutchison, 10-7, in the following round.

Competing at her first Vet Worlds, Mannino won bronze in veteran +70 women’s saber. Mannino clinched a medal with a 10-6 win against Susan Uff (GBR) and a 10-5 victory over Brigitte Martin (FRA). However, in the semifinals, she ran into Marie Chantal Demaille (FRA), who had secured her third medal of the tournament, and lost, 10-5.

Demaille also overcame 10-time individual Vet World medalist Ellen O’Leary (Seattle, Wash.) in the table of 16 by a score of 10-7.

He started the direct elimination rounds with 10-4 victories over Johan Bauwelinck (BEL) and Carl-Henrik Wendt (SWE) in the table of 128 and 64, respectively and advanced to the 16 by outtouching Eric Grand D’Hauteville (SUI), 6-5. However, he was edged out in the 16 by Belousov, 10-8.