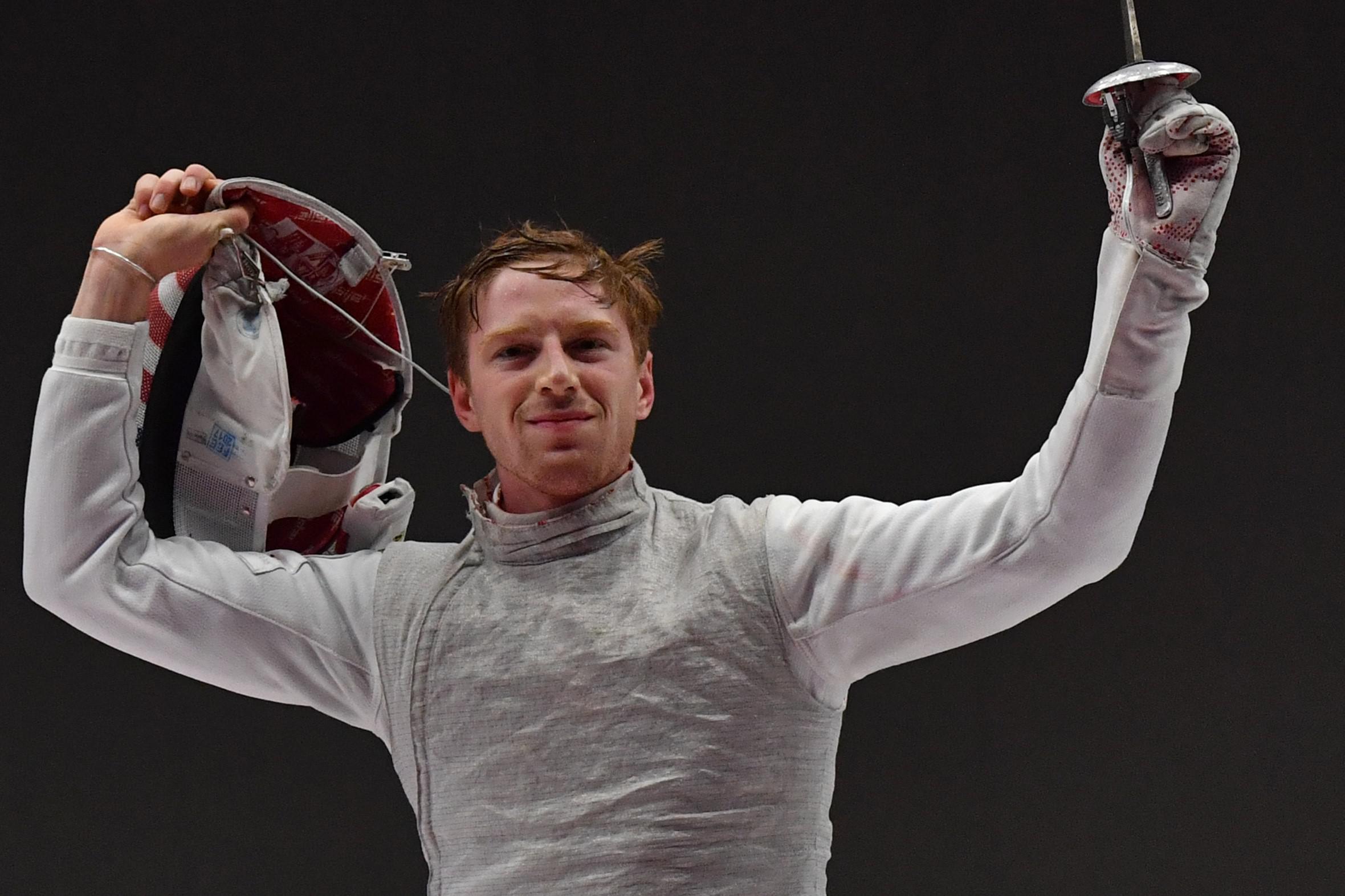 Race Imboden won gold at the Absolute Fencing Gear FIE Grand Prix Anaheim in 2018 and will be aiming for both a title and an individual Olympic berth on March 15. Photo Credit: Bizzi / #BizziTeam

(Colorado Springs, Colo.) – The battle to represent Team USA on the U.S. Men’s and Women’s Olympic Foil Teams will come down to the Absolute Fencing Gear® Grand Prix Anaheim from March 13-15 and tickets are on sale to watch the action live.

The Grand Prix also will have several key races for international qualification with athletes from 25+ countries all competing in the final major foil event for individual qualification. Olympic Champions Daniele Garozzo (ITA) and Inna Deriglazova (RUS) are among the competitors expecting to go for gold in Anaheim.

Ticket prices begin at $10 per day for the preliminary rounds on March 13-14. An all-day pass for the table of 64 and medal rounds for both men and women is $40 with a three-day pass available for $50. Discounts are available for groups of 10 or more. Children 10 and under are admitted free.

VIP Experience packages are available for $100 and include access to all three days of competition, VIP finals seating and access to a hospitality reception prior to finals.

All four athletes who have qualified for the 2020 U.S. Men’s Foil Olympic Team will fence in Anaheim. With members of the U.S. Men’s Foil Team will compete in Anaheim. With 2016 Olympic team medalists Alexander Massialas (San Francisco, Calif.) and Gerek Meinhardt (San Francisco, Calif.) already guaranteed both individual and team berths to Tokyo, fans will get to see both fencers in action as well as Rio Olympic medalist Race Imboden (Brooklyn, N.Y.) and two-time Junior World Champion Nick Itkin (Los Angeles, Calif.) battle for the third individual slot on Team USA with the fourth fencer qualifying as the squad’s replacement athlete for Tokyo.

On the women’s side, Lee Kiefer (Lexington, Ky.) qualified for her third Olympic Team earlier this season and will be aiming to reach the podium on the World Cup circuit for a fourth time this season after winning gold at this event in Long Beach in 2017 and bronze in Anaheim in 2018.