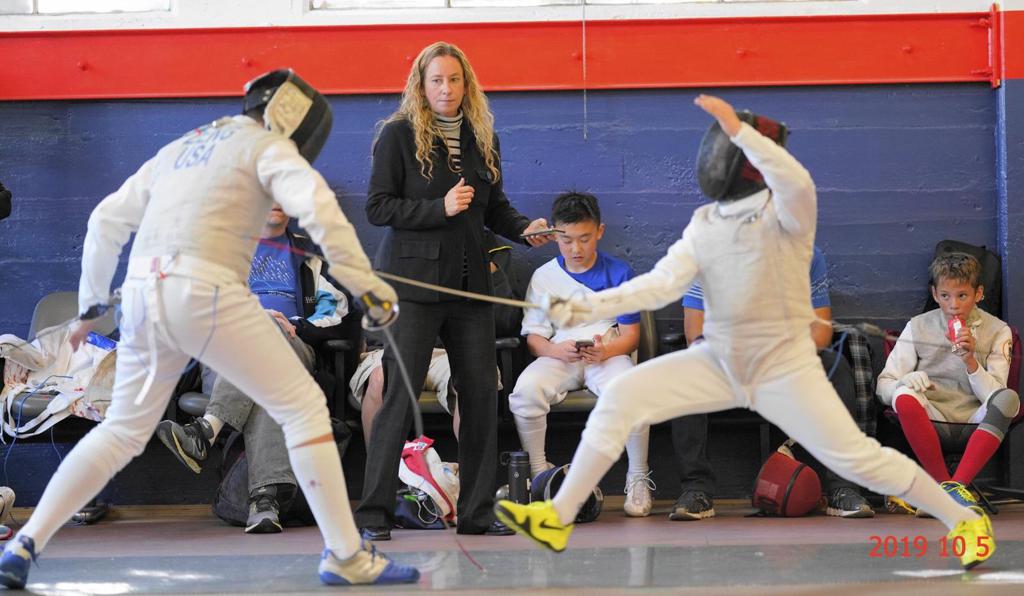 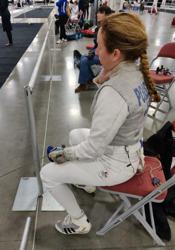 The same grit and determination the 1998 Senior World Team member used to figure out her competitors on the fencing strip have also translated into her professional life as an epidemiologist.

Studying the control of disease or injury patterns in human populations, Poissant works for the State Health Department in Oregon, where she has been busy in all things COVID-19.

Among her many tasks, Poissant works on creating guidance for local health departments to investigate cases of the virus as well as giving direction for contact tracing, testing criteria and for hospitals if they have sick or exposed healthcare workers.

Poissant also is involved with research, collecting data to find common characteristics to identify higher-risk groups and interventions with those groups. She assists in outbreak investigation and helps to provide data to the governor’s office so that they can make informed decisions.

“When investigating outbreaks, it’s a mystery. It’s like putting pieces of a puzzle together,” Poissant said. “I like working to figure out what caused this. It’s challenging. We’re using statistics, but we’re also using some kind of common sense and pulling all of those things together.”

While Poissant didn’t ever imagine she’d see a pandemic to this extent – she typically investigates food-born outbreaks or does surveillance on pathogens such as Group A Strep – she admits she enjoys the work, even if the pressure is much more immense.

“Everybody wants some piece of information yesterday,” Poissant said. “There are a lot of ‘We need this information and we need it now,’ and we’re getting a lot more media scrutiny …  Sometimes people think we’re trying to hide information, but there is a fine line between getting information out to the public and also trying to protect people’s identity.”

Just as Poissant works toward a solution containing the coronavirus, the foil fencer also recently returned to competitive fencing and is back on the strip analyzing how to beat her opponents. Now fencing at the veteran level, Poissant won silver at last year’s December North American Cup in veteran 40 women’s foil.

“You never know what you’re going to get even if you’ve fenced that person for 10 years. It’s always going to be a little bit different,” Poissant said. “That’s why I used to love competing. You never knew what you were going to encounter in a competition.”

Poissant also referees at the local and regional level and heads the Referee Assessment Program nationally. She is also on the Ombudsman Committee, the Domestic Referee Development Committee and is a regional coordinator for Region 1.

She’s looking forward to returning to those roles as fencing resumes, as well as the little things we sometimes take for granted in normal life.

Until then, Poissant recommends practicing proper hand hygiene, social distancing and staying home if you’re sick. Although this has been a tough situation, she sees positives such as people’s greater awareness and acknowledgement of the importance of public health, and sees opportunity for appreciation for all of those around us.

“I would say be kind to one another,” said Poissant of advice as the country recovers from this pandemic. “I found that just in this crazy time, coming together with my coworkers, we’ve all learned to appreciate each other even more, personally and professionally. So as we’re coming out, just be kind to your neighbors. Be kind to yourself.”