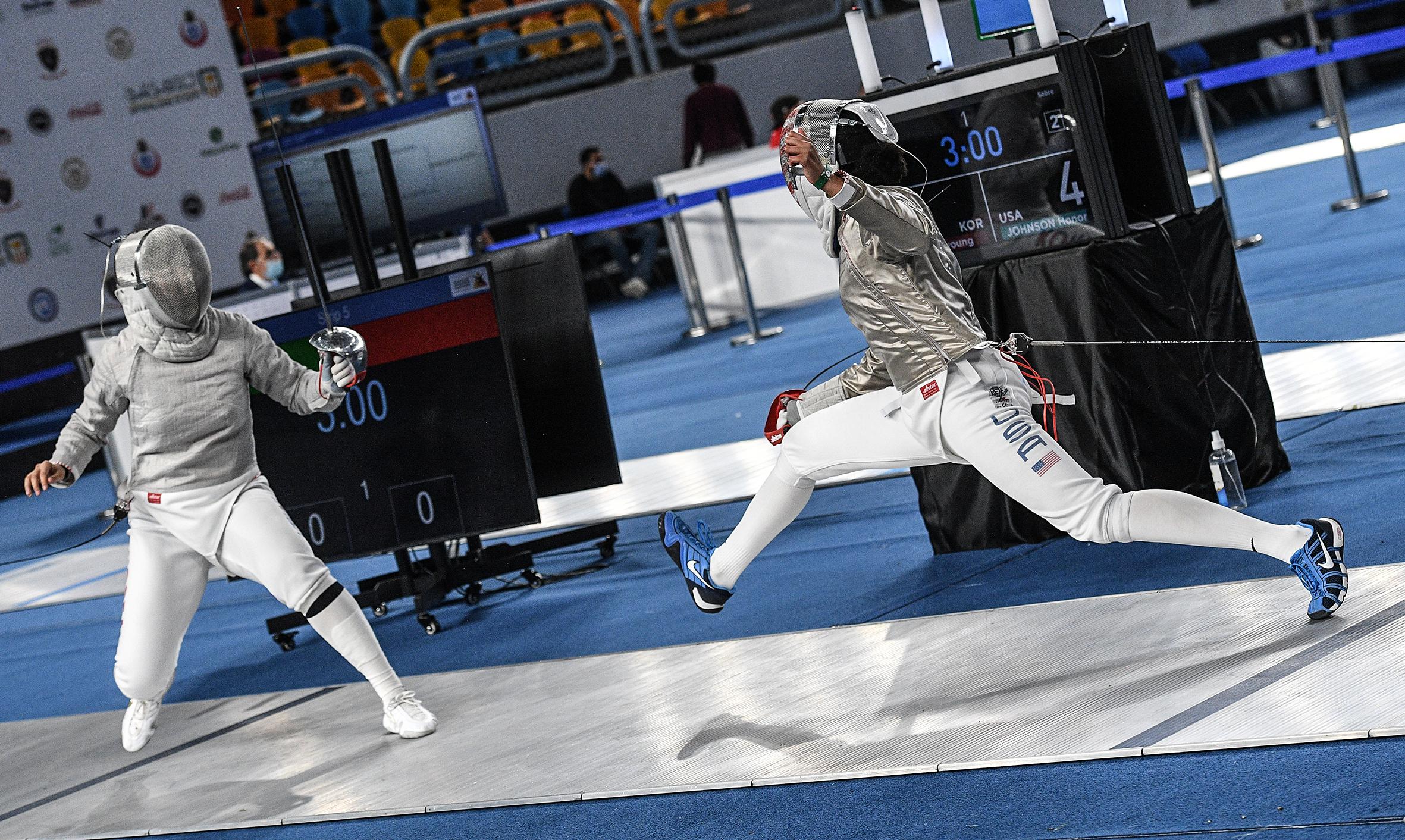 Honor Johnson (right) advanced to the quarter-finals of the women's saber event at the Cadet Worlds in Cairo. Photo Credit: #BizziTeam 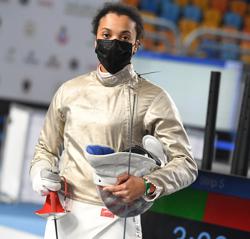 The top-ranked junior in the United States, Johnson went 5-1 in pools and 3-1 in the direct elimination rounds on Saturday, taking two clutch 15-14 bouts to place in the top eight.

With a bye into the table of 64, Johnson faced her first opponent that would take her down to the final touch, edging out three-time Junior World Team member Oleksandra Bondar (UKR), 15-14.

One win away from a medal, Johnson fell behind 8-5 at the break against two-time Junior World Team member Hayoung Jeon (KOR), 8-5, and Jeon held on for the win, 15-11. Jeon went on to win gold.

All three came out of the gates strong, going 5-1 in pools.

Making her Junior Worlds debut, Greenbaum overcame three-time Junior World Team member Sofiya Spicheva (KAZ), 15-10, in the table of 64, but fell to the eventual bronze medalist, Dariya Drozd (RUS), 15-6, in the following round.

One of three athletes for Team USA competing in both the cadet and junior events, Kim gave up just two points against Daria Bulba (UKR) in the 64 for a 15-2 win, but in the 32 came up short to 2019 Senior World Team member Maria Matei (ROU), 15-13.

Competing at his first Junior Worlds, McBride went 5-1 in pools to take the No. 5 seed and a bye to the table of 64 where he bested 2020 Cadet African Championship bronze medalist Eyad Marouf (EGY) by one point, 15-14. However, in the table of 32, he came out on the losing side of a close bout, losing to Marouf’s teammate, 2018 Youth Olympic Games bronze medalist Mazen Elaraby (EGY), 15-13.