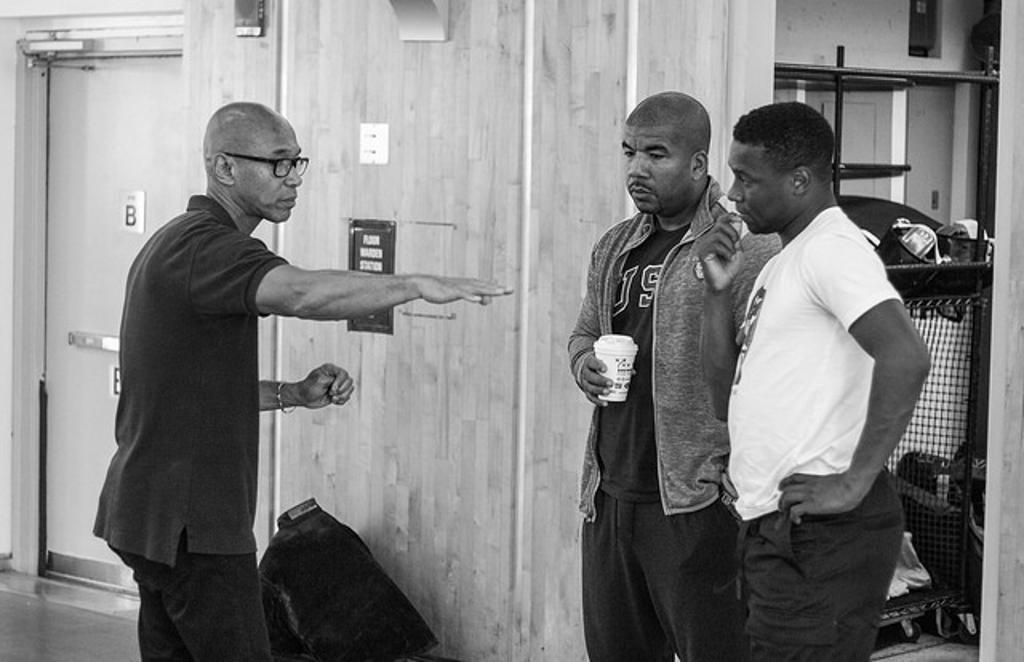 When Peter Westbrook was a young fencer, he noticed the lack of diversity in the sport of fencing.

The son of an African American father and Japanese mother, when he went to national tournaments, he looked around the room and didn’t see a lot of people who looked like him.

At international events, out of the hundreds of people there, there were times he was the only person of color.

At the Olympic level, there had been very few African Americans fencers who had represented the United States and none in saber.

“It didn’t deter me. I still loved the sport,” Westbrook said. “It didn’t do anything to take away the love that I had for the sport.”

Westbrook had started fencing in the mid 1960s when he was 13 years old living in the housing projects in Newark, N.J. While he immediately fell in love with fencing, he was hesitant to try it.

“When [my mother] first asked me to try the sport of fencing, I said, ‘People don’t fence in America. People definitely don’t fence in the black community in the projects,’” Westbrook said. “She said, ‘Oh Peter, my family used to do it in Japan. We have so many samurai warriors.’ So I said: ‘That doesn’t help me here. Everybody’s going to make fun of me.’”

With a $5 bribe, Westbrook gave in and attended the afterschool program at Essex Catholic High School.

“They made such a big deal about me, saying ‘My god. You’re a natural,’” Westbrook said. “They made me feel so good, I was going to try it again.”

Westbrook went on to become a six-time Olympian, winning 13 National Championships in the process. In 1984, he won an Olympic bronze medal on home soil, becoming the first African American from the United States to win a medal in fencing.

“One, I was so glad I won a medal for America because the last time we received any Olympic medal was Albie Axelrod’s medal [in 1960],” Westbrook said. “Number two, I was so happy for myself. An African American winning an Olympic medal? Oh my god. Then I was happy for African American people because now I realized that when I won, so many people, not only Americans, but African Americans … it made this sport, at least in their minds, more visible and it was more in a hand’s reach and it was more of something that they could strive for also.”

Before Westbrook retired following the 1996 Games, he began taking steps to make the sport more available to underserved communities in the New York metropolitan area. At the suggestion of record producer Tom Shepard, the Peter Westbrook Foundation was founded in February of 1991.

“I realized after he put the idea in my head, I would love to make a difference in people’s lives. Why? Because the sport changed my life. The sport changed my trajectory. The sport gave me things I would have never received if it were not for this sport, and I don’t mean the Olympic medal part. So I’m thinking, ‘well, if this sport did all this for me in those areas, I want to share and give back and do the same thing for all the kids.’”

At its opening, the Foundation had less than 10 kids. Today, the non-profit has between 125 and 180 kids in every class with a waitlist of more than 100 people. Children ages 8-18 are eligible with enrollment costing $50 for the season. All equipment is provided by the Foundation.

Approximately 85 percent of the fencers are African American and Latino youth. Using fencing as the vehicle, the Peter Westbrook Foundation looks to develop more than great fencers, but focuses on making the athlete whole with the hopes of developing leadership, self-confidence, academic success and life skills.

At the heart of the Foundation is the Saturday Fencing Program, which includes fencers of all skill levels. The class is led by Olympians, World Championship and National Team members who came through the Peter Westbrook Foundation themselves.

According to Westbrook, the interaction is not only inspiring for the children, but also makes his elite athletes better. In fact, helping to make each other better and having each generation help the next is one of the core elements of the culture at the Peter Westbrook Foundation.

“Even though it’s hard for them originally to do it, when you up these people and try to make a difference, your life gets better, you get more blessed, greater things even happen to you,” Westbrook said. “But that’s not the normal norm they would feel. Why would I teach anybody else to be better than me? Why would I do that? But this is our culture of what we do, so this culture is permeated with everyone.”

Those top athletes are a part of the Competitive Athlete Program, which awards scholarships to athletes. Originally selected from the Saturday class, Westbrook never imagined he’d be training Olympians, but in the past 11 years, four Olympic medals have been won by fencers who have trained at the Foundation. Keeth Smart and Erinn Smart each won silver medals in the team competition at the 2008 Games with Ibtihaj Muhammad winning team bronze in saber at the 2016 Games in Rio and Daryl Homer earning individual silver, becoming the first U.S. medalist in men’s saber since Westbrook.

Two other Peter Westbrook Foundation athletes have made additions to the USA Fencing history books at the Senior World Championships as well.

A 2020 Olympic hopeful, Ben Bratton made history in 2012 as a member of the first U.S. men’s team to win a Senior World Championship title when the U.S. Épée Team earned gold and Bratton became the first African American World Champion.

Three years later, two-time Olympian Nzingha Prescod added a World Championship medal in foil to the PWF record books when she won bronze and became the first African American woman to earn an individual Senior World medal – a feat she built upon in 2018 when she won gold at the Senior Worlds as a member of the U.S. Women’s Foil Team.

With a greater diversity in the sport comes greater acceptance and the hope that a child like Westbrook won’t worry that participating in fencing will mean getting teased.

“Sports are a place where when we fence together, we see the commonality and we all become brothers,” Westbrook said. “That is an amazing thing about this sport. You look at each other first: ‘Oh he’s from Russia? Oh he’s from Africa? He’s from China …’ But when we break bread together, everybody is one big family. That is amazing.” 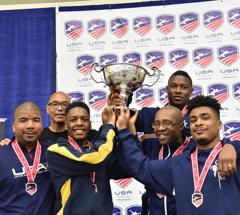 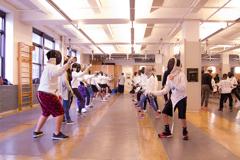 A class at the Peter Westbrook Foundation 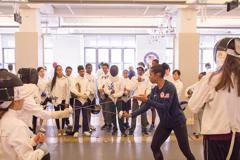 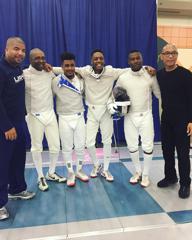 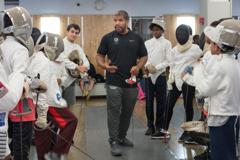