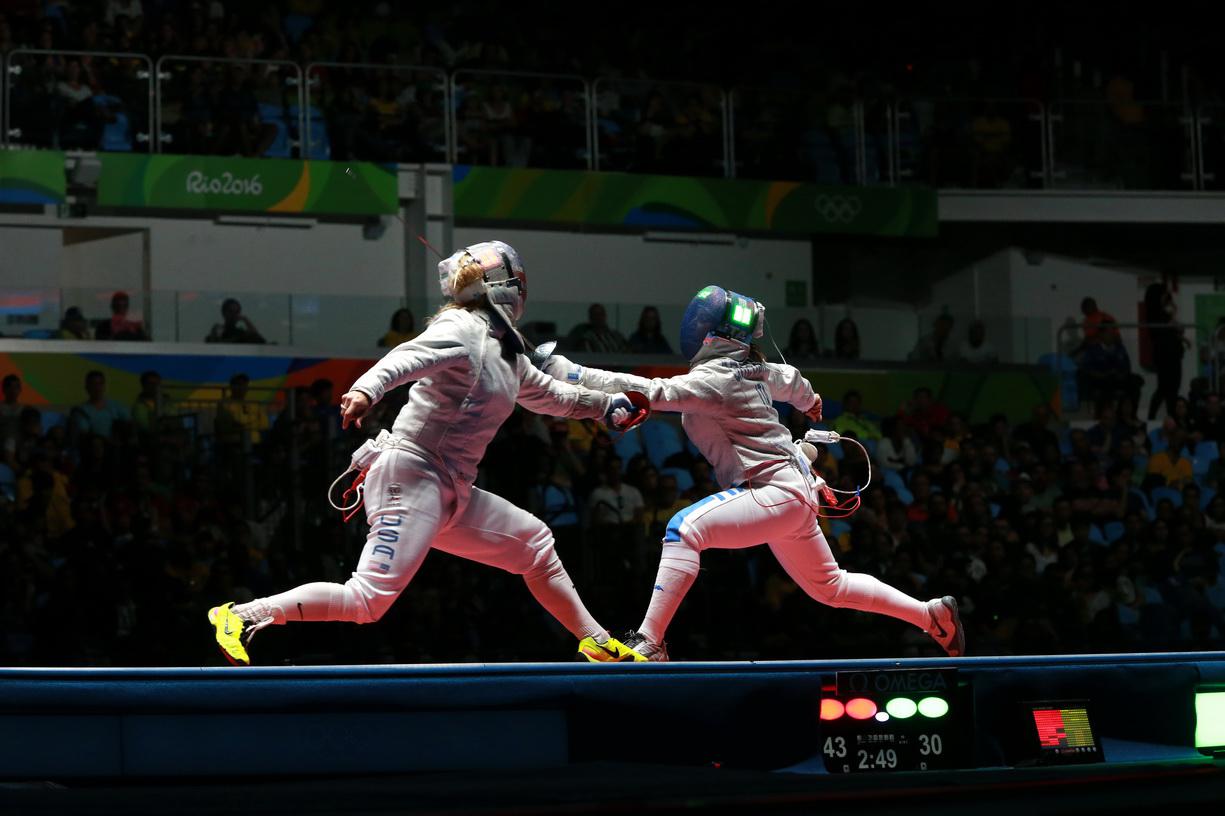 (Colorado Springs, Colo.) – Olympians, Paralympians and candidates for the 2019 Senior World Team will all be fencing with National Championship titles on the line during the USA Fencing Division I / Wheelchair National Championships and April North American Cup in Salt Lake City this weekend.

Nearly 1,500 competitors from 45 states will compete in the Division I and Wheelchair National Championships and April North American Cup at the Salt Palace Convention Center from Friday, April 12 – Monday, April 15. Competition will be held from 8 a.m. – 8 p.m. with gold medals awarded daily.

Tickets are available for $5 per day or $15 for a four-day tournament pass. Individuals with USA Fencing memberships of a supporting level or higher

Division I National Championship semifinal and final bouts are scheduled as follows:

For Division I fencers, this tournament is the final domestic event that will count towards the selection of the 2019 Senior World Championship Team. The men’s and women’s epee and foil squads will be named in Salt Lake City with the men’s and women’s saber teams to be announced after the Seoul Grand Prix at the end of the month.

The following Olympic and Senior World Championship medalists are scheduled to fence in Salt Lake City:

The wheelchair field is highlighted by a number of 2020 Paralympic hopefuls, including five-time Paralympian Curtis Lovejoy (College Park, Ga.) who continues to strive for gold at 61 years old. Ellen Geddes (Johnston, S.C.), one of the top-10 women’s epee fencers in the world, earned three top-eight results in Paralympic qualifying events this season as the former competitive equestrian seeks to make the Tokyo Paralympic Team. Police officer Bryon Branch (Bellbrook, Ohio) won his first-ever wheelchair tournament less than two years after the his leg amputation and is now one of the top candidates for a National Championship title in Salt Lake City.

In addition to National Championship events, the April NAC also will be held in Salt Lake City and will include competitors in Division II and III events as well as veteran competitors in the 40-49, 50-59, 60-69, +70 and +80 events.