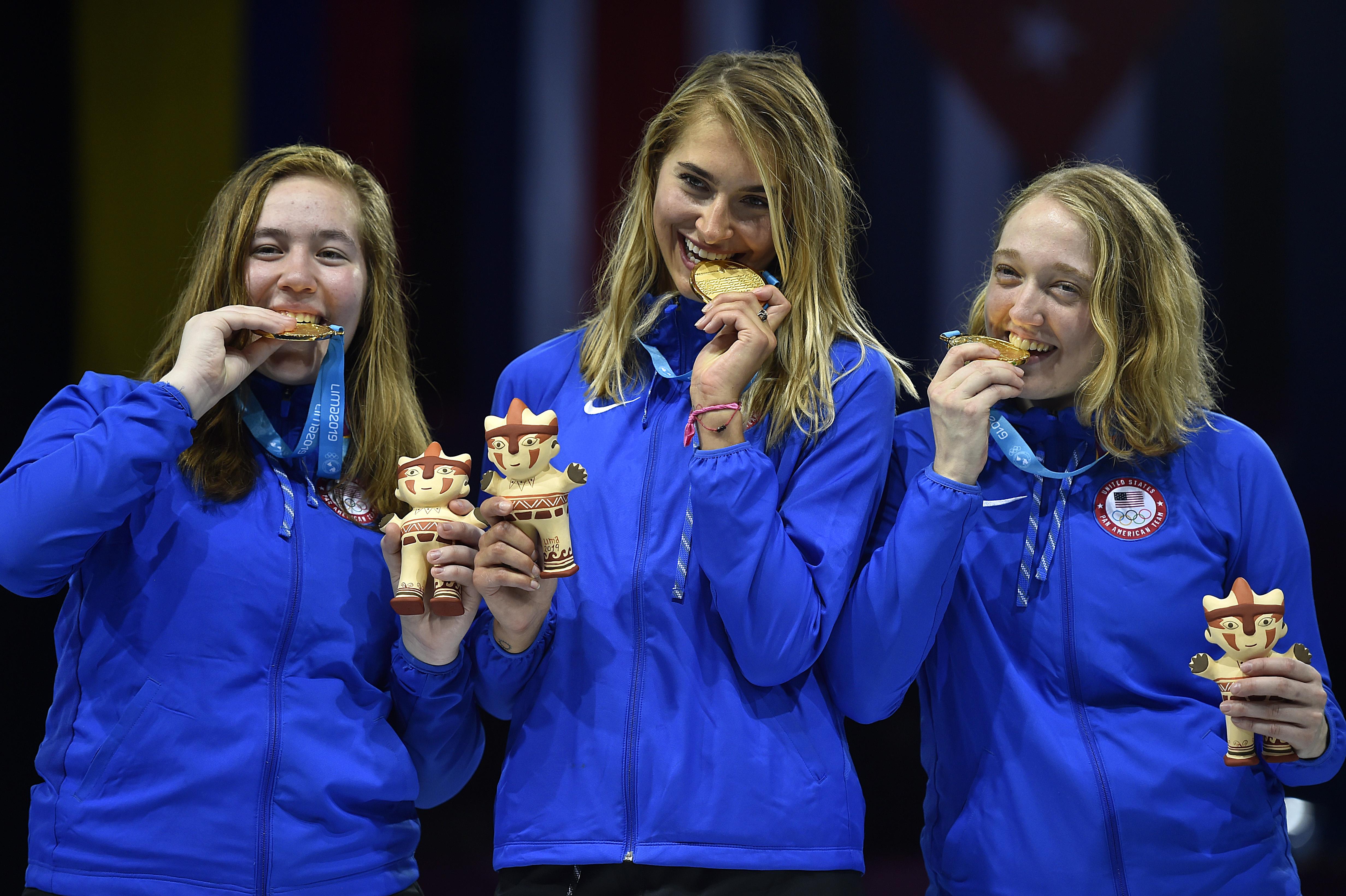 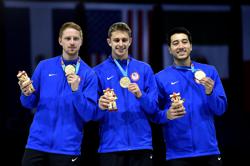 (Colorado Springs, Colo.) – Team USA won both the women’s saber and men’s foil titles in the team event on Friday, claiming the seventh and eighth fencing golds of the Games for the U.S. delegation.

In the quarter-finals, Team USA won or tied all nine bouts with Aksamit as the anchor. Stone and Aksamit earned +13 and +12 indicators, respectively, with Fox-Gitomer finishing at +5.

The semifinals would pit the Americans against a familiar opponent in Mexico – a team the U.S. squad defeated, 45-42, in the semifinals of the Pan American Championships in June and 45-40 in the finals of the 2018 Pan Ams. Mexico came within a single touch of Team USA who held a 35-34 lead after the seventh bout, but Aksamit bested Vanessa Infante, 5-0, in the eighth and Stone defeated 2017 Junior World Champion Natalia Botello, 5-2, in the ninth to close the match at 45-37.

Team USA fenced the Dominican Republic in the final, controlling most of the match with seven of nine bout wins as Stone anchored the squad to a 45-31 victory.

The U.S. squad won all nine bouts in the quarter-finals against Argentina to take the match, 45-12, with Imboden (+12), Itkin (+11) and Meinhardt (+10) each posting double-digit indicators.

Team USA dominated the next match as well, besting Colombia, 45-22, with both Meinhardt and Itkin earning one shutout win each.

In a rematch of the 2018 Pan American Championships final, Team USA fenced Brazil for gold, winning seven of nine bouts. Imboden anchored the team and outscored his opponents, 17-3, as he led the U.S. squad to a 45-23 win.

Top eight finishers are as follows: