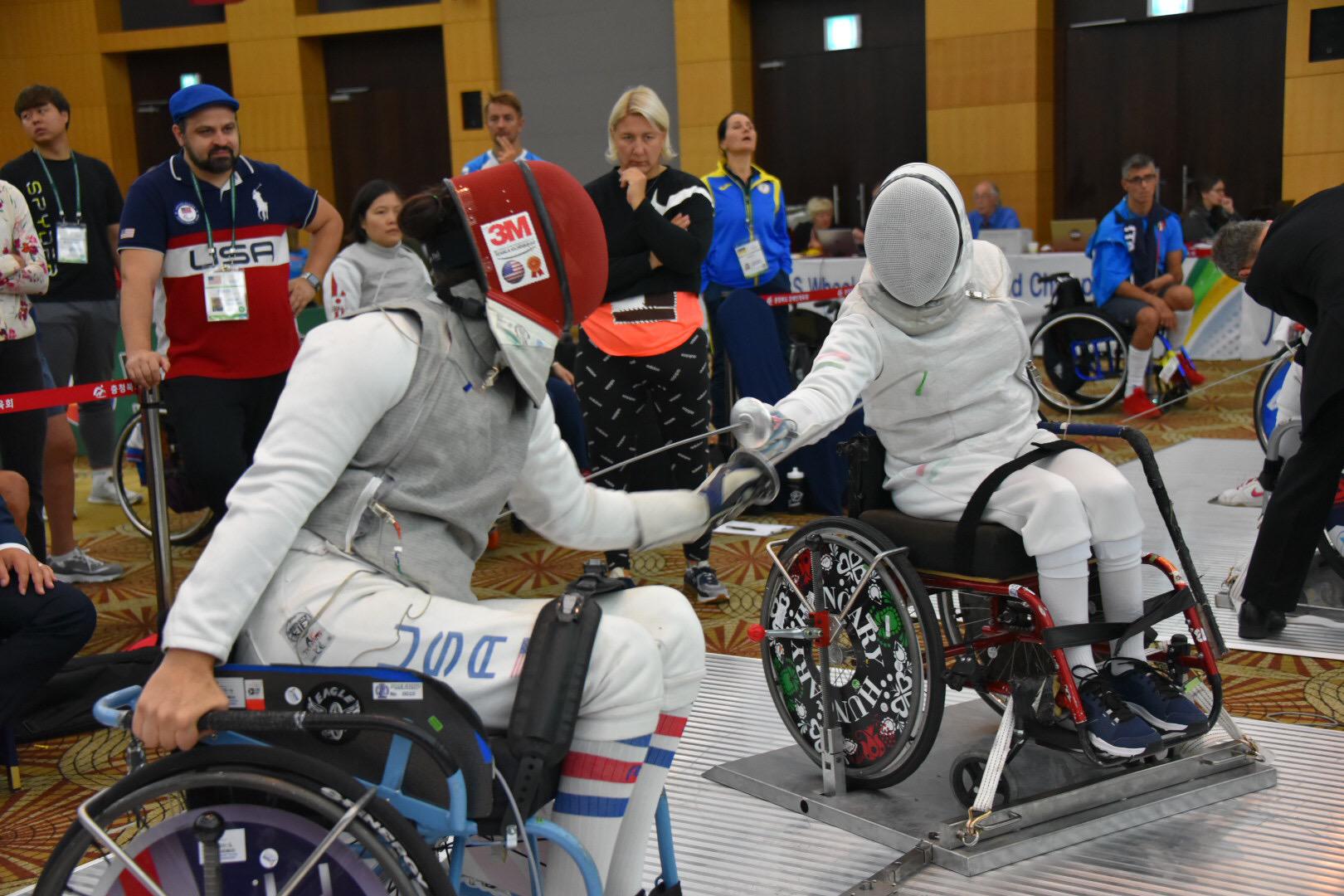 The result marks the second top-16 result at this year’s Worlds for Geddes after her ninth-place finish in Category B women’s épée. The result is also Geddes best in the event at a World Championships since 2013.

Now ranked No. 13 in the Paralympic Qualification Rankings in women’s foil and No. 12 in women’s épée, Geddes went 4-2 in pools to earn a bye to the table of 16.

Terry Hayes (North Fort Myers, Fla.) also competed in the Category B foil event, going 0-5 in pools and was eliminated.

In the Category A men’s foil competition, Byron Branch (Bellbrook, Ohio) earned a top-32 finish to improve to No. 30 in the Paralympic Qualification Rankings and become the top fencer in the Pan American and African regions.