May Tieu and Lauren Scruggs Go 1-2, Team USA Sweeps the Golds in Zagreb 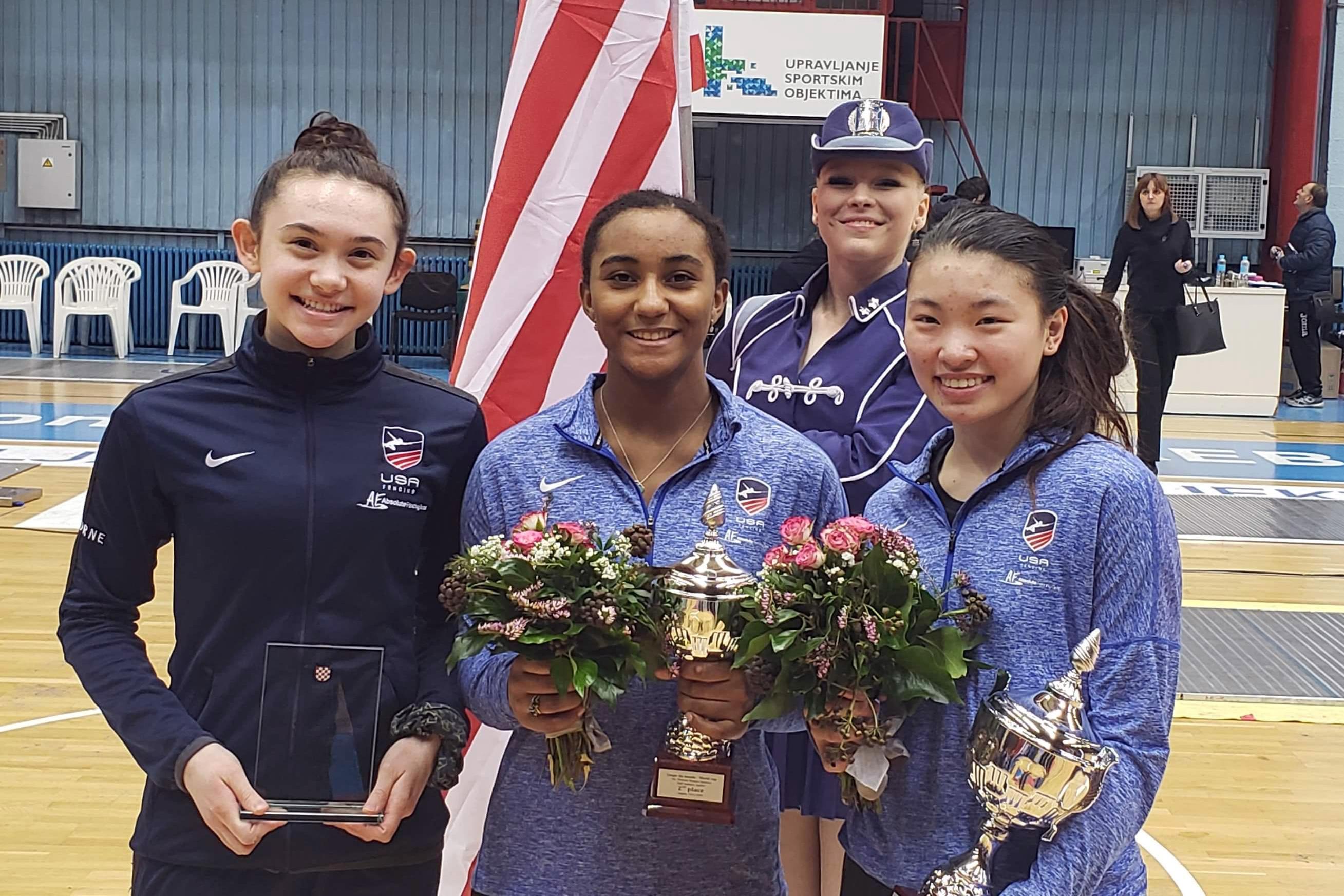 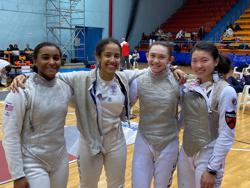 (Colorado Springs, Colo.) – Team USA asserted its dominance at the Zagreb Junior Women’s Foil World Cup this past weekend as 2018 Junior World Team Champions May Tieu (Belle Mead, N.J.) and Lauren Scruggs (Ozone Park, N.Y.) took the top two podium spots in the individual event and the United States completed its sweep of the golds with the team title.

For Tieu, the 2018 Cadet World silver medalist, the gold marks her second on the Junior World Cup circuit and third medal in the past two seasons while Scruggs, the 2019 Junior and Cadet World Champion, has now won silver two years in a row in Zagreb.

Tieu was perfect on the day, going 6-0 in pools and 7-0 in the direct elimination rounds.

To secure a medal and reach the semifinals, Tieu earned two one-point victories.

In the table of 16, Tieu fenced 2019 Junior World Team Champion Anna Udovichenko (RUS), who ranks No. 2 in the FIE Junior World Rankings after winning two bronzes on the circuit this season. Tieu, who currently ranks No. 9, outtouched Udovichenko, 10-9.

One win away from a medal, Tieu drew the No. 3 fencer, Marta Ricci (ITA). The bout went down to the final touch with Tieu clinching a place on the podium with a 15-14 win against the two-time Junior World Team member who won gold at Udine Junior World Cup earlier this month.

After a 12-8 victory over 2019 Junior World Team Champion Elena Petrova (RUS) in the semifinals, Tieu would face her teammate, Scruggs, in an All-American final.

Competing at her first Junior World Cup of the season, Scruggs went 5-1 in pools and didn’t give up more than eight points en route to the final.

Following a 15-3 victory over Piroska Zaszkaliczky (HUN) and a 15-8 win against Eleonora Berno (ITA), Scruggs allowed just one point against teammate Haley Koo (Old Tappan, N.J.) in the table of 32.

Scruggs bested Vitalina Anaschenkova (RUS), 15-8, in the table of 16 and reached the medal rounds with a 15-3 victory over 2018 Cadet World Team member Kanna Habashita (JPN).

The semifinals saw a re-match of last year’s Junior Worlds final between Scruggs and Martina Favaretto (ITA), a two-time Junior World silver medalist who is the No. 1 junior in the world.  two ranks No. 1 in the World Rankings.

Similar to the last time they fenced in Torun, Scruggs, who ranks No. 4 in the world, came out on top, edging out Favaretto, 15-12.

Weintraub edged out 2019 Junior World Team member Teagan Williams-Stewart (GBR), 15-14, and two-time Cadet World Team member Nikol Eros (ISR), 15-12, to advance to the quarters, where she came up short to Petrova, 14-13, in overtime.

Behind Weintraub in the Team Point Standings is Zander Rhodes (South Orange, N.J.), who earned a top-16 result in Zagreb. Delphine DeVore (Westport, Conn.), who also finished in the top 16, sits in fifth, trailing Rhodes by fewer than 800 points with less than one month remaining before the Junior World Team is named.

On Sunday in the team event, Tieu, Scruggs, Weintraub and DeVore won gold for Team USA.

Entering as the No. 7 seed, Zagreb marked the first event the United States has competed in on the Junior World Cup circuit this season.

Behind the effort of Tieu, who went +18, Team USA won seven of the nine bouts in the semifinals, overcoming France, 45-30.

In the final, Team USA faced Italy. Down 10-9 after two rounds, the Americans won or tied six of the final seven bouts, taking gold with a 45-35 victory.