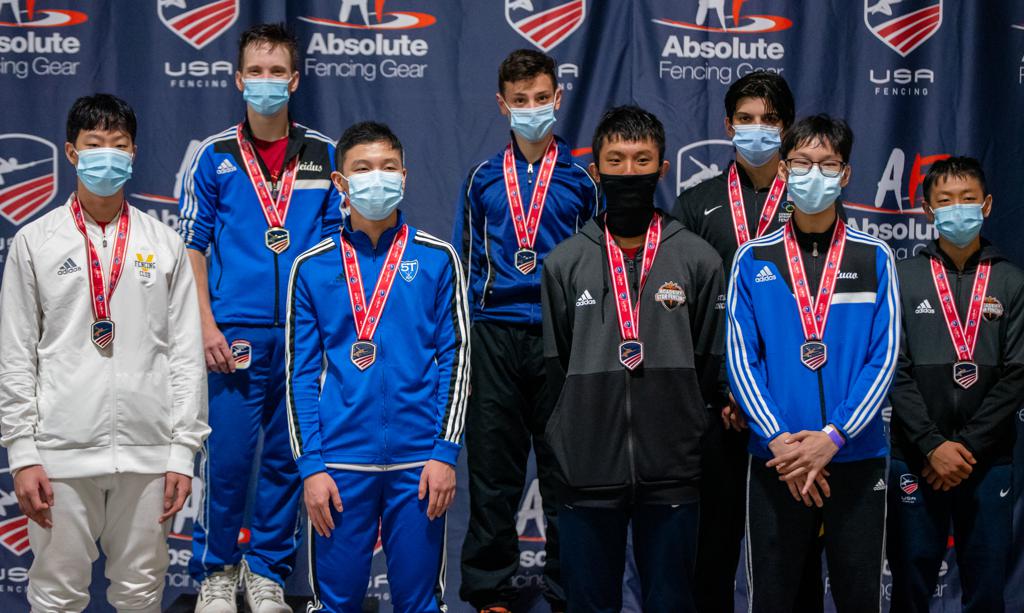 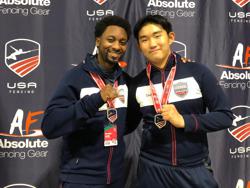 (Colorado Springs, Colo.) – A total of 16 gold medals were handed out in the Y14, veteran and senior team events on Wednesday at the USA Fencing National Championships and July North American Cup.

With his gold, Deseranno completed his sweep of the Y14 events this season after taking the top step of the podium at the April and May NACs.

The 2019 Y10 national champion was perfect on the day, going 6-0 in pools and 7-0 in the direct elimination rounds. Deseranno didn’t give up more than seven points in a bout the entire day with his closest match coming in the table of 32 at 15-7.

The gold medal bout featured a rematch of the finals at both the April and May NACs: Deseranno versus Liam Bas (Fair Lawn, N.J. / Gutkovskiy Fencing Academy), the 2019 Y12 national champion. Deseranno jumped out to a 4-3 lead and never looked back, ending the bout on a 12-1 run.

Like Deseranno, Ji went undefeated at 6-0 in pools and 7-0 in the DEs. Keeping his first five opponents to nine points or less, Ji faced his biggest test in the semifinals. Playing from behind the majority of the bout, Ji finished on a 4-1 run to overcome a 12-11 deficit and best Edward Maklin (Newton, Mass. / Dynamo Fencing Center), 15-13.

Fencing for a national championship, Ji quickly built a 5-0 lead and took an 8-2 advantage into the break, going on to win, 15-10, over William Morrill (New York, N.Y. / Tim Morehouse Fencing Club). The gold marked the second for Ji this season after taking the Y14 gold at the April NAC and his second national title after he won the Y12 crown in 2019.

In the final, Jeyoon built a 5-3 advantage at the first break and increased his lead to five points at 13-8 at the second break. In the final period, Jeyoon stayed even to take the gold, 15-10.

In the vet 40-49 women’s foil competition, Julie Seal (Eagle Mountain, Utah / Valkyrie Fencing Club) won her second gold of the tournament after taking the top step of the podium in vet 40 women’s saber on Monday. Seal gave up just one point total in her three DE bouts, sweeping her first two opponents before defeating Lauren Milligan (Savage, Md.), 10-1, in the final for her eighth gold in her nine appearances in the event