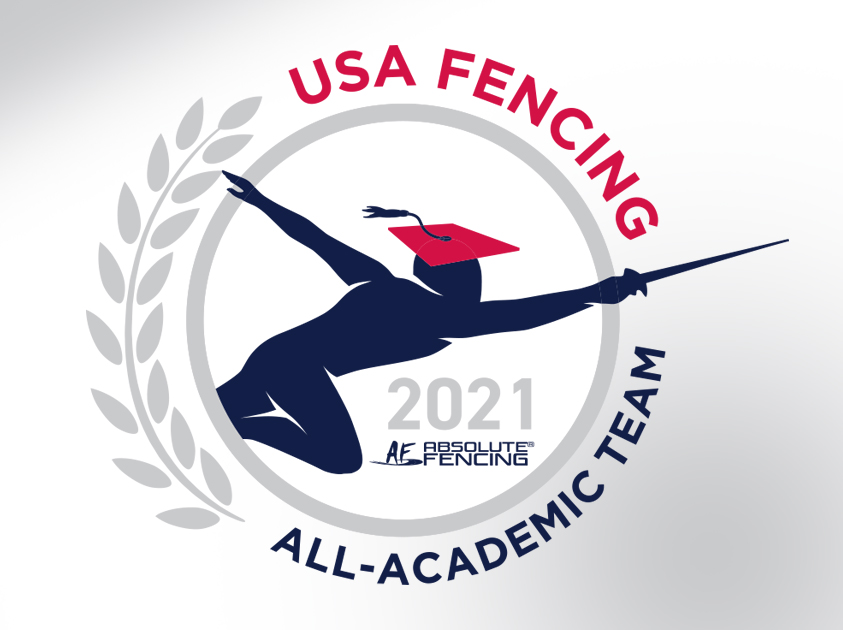 (Colorado Springs, Colo.) – The biggest class in the history of the Absolute Fencing Gear All-Academic Team, nearly 1,000 high school fencers have been honored for their achievements in the classroom.

The All-Academic Team recognizes student-athletes with a GPA of 3.4 or higher with fencers who earn a 3.85 or better being named to the First Team. Second Team honorees are composed of fencers with a GPA between 3.4 and 3.84.

In addition to Weintraub, 15 members of this year’s Junior and Cadet World Team have earned All-Academic honors, including:

Three high schools had 10 or more members named to this year’s team with Chatham High School leading the way with 21. Baylor School and Harvard-Westlake School had 16 and 10 fencers,
respectively.

More than 250 clubs had at least one All-Academic Team member with Beverly Hills Fencers’ Club and Tim Morehouse Fencing Club tied for first with 21 each.

As part of the All-Academic Team, Absolute Fencing Gear also has awarded four athletes with scholarships.

Each year, through a partnership with USA Fencing, Absolute Fencing Gear provides $10,000 in scholarships to two male and two female high school students, including two $4,000 scholarships and two $1,000 scholarships. Winners were selected based upon an essay they submitted to the following prompt:

Gupta, who will attend Northeastern University, began fencing his freshman year of high school, but went on to become a team captain, four-year varsity letter earner and the first student ever from Morris Hills High School to achieve two-time First Team All-State. During the pandemic, Gupta led a team in creating a new app, Touch by Touch Fencing, which is a scorekeeping app for high school fencing teams and allows parents and others to watch meets virtually. In his spare time, Gupta is also the lead bassist in his school’s concert and jazz bands and participated in Morris Hills Junior State of America.

The gold medalist at the May North American Cup, Paturu is a rising senior. A synthetic biology researcher who wants to pursue a career in biomedical engineering, Paturu was accepted to a full-year course to work exclusively on independent science investigations and publish progress and findings in the STEM Board publication Tau Magazine. She also is a Girl Scout Senior Ambassador, volunteer at an animal shelter and senior living community, a tutor, is involved with her school’s newspaper and plays the clarinet. Also an incoming senior,

Goldade enjoys working on engineering projects with his design team at school and is president of the Literacy for Losal club, which collects and donates books for kids. He also is a part of the Schutzen Air Rifle Shooting club.

The youngest of the scholarship winners as a rising junior, Koenig is both athletic and creative. She has played the piano for 10 years, loving to perform. She is also passionate about sculpting, creating characters and items out to clay to make stop motion animation films.