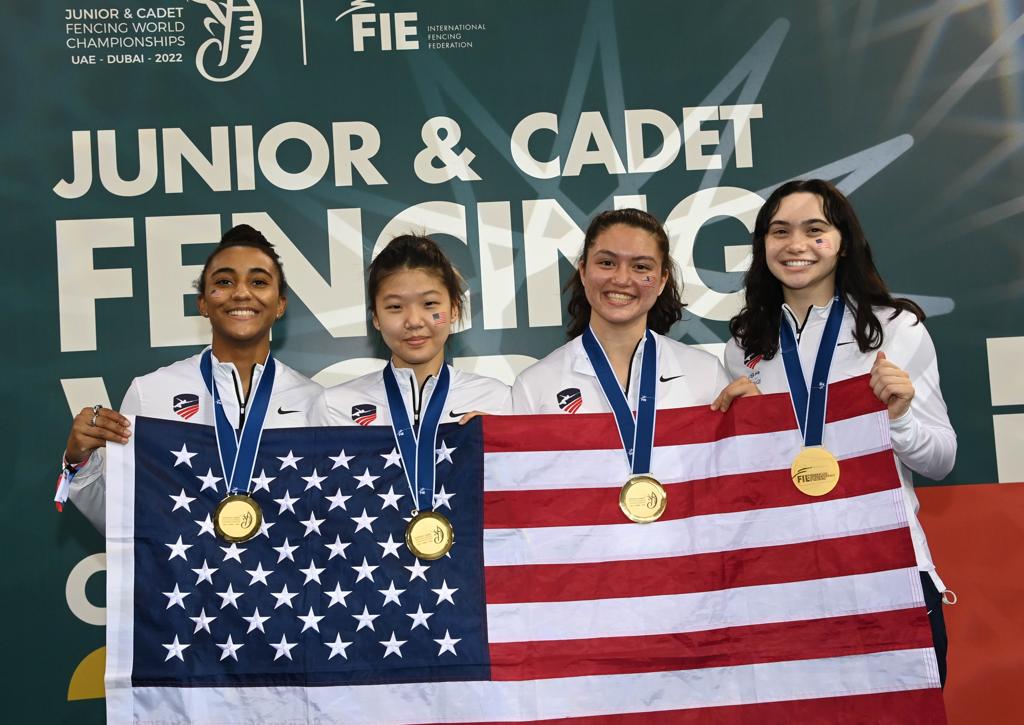 (DUBAI, United Arab Emirates) — The sound was equal parts relief and pride. After Lauren Scruggs (Peter Westbrook Foundation/Harvard University) secured her final touch in the gold medal match of junior women’s foil at the 2022 Junior & Cadet Fencing World Championships in Dubai, United Arab Emirates, she let out a scream that could be heard throughout the Hamdan Sports Complex.

“It feels great,” Scruggs said after the match. “I’ve kind of been stressed with school and everything, so to have another world champion medal is realy great.”

At the end of the foil competition in Dubai, Team USA maintained its lead in overall medals with a total of 10. Italy has the next most with seven. After Team USA’s saber athletes earned six medals to open the tournament, Team USA’s foil athletes added four more – two gold and two bronze.

In team events at this tournament, all places are fenced from the round of 16. For Team USA, that meant a chance for redemption after the quarterfinal loss. The Americans were placed in a mini-bracket to determine fifth through eighth place, and Team USA bested Uzbekistan and Korea to finish fifth.

To meet the saber and epee teams, read our Junior & Cadet Worlds preview