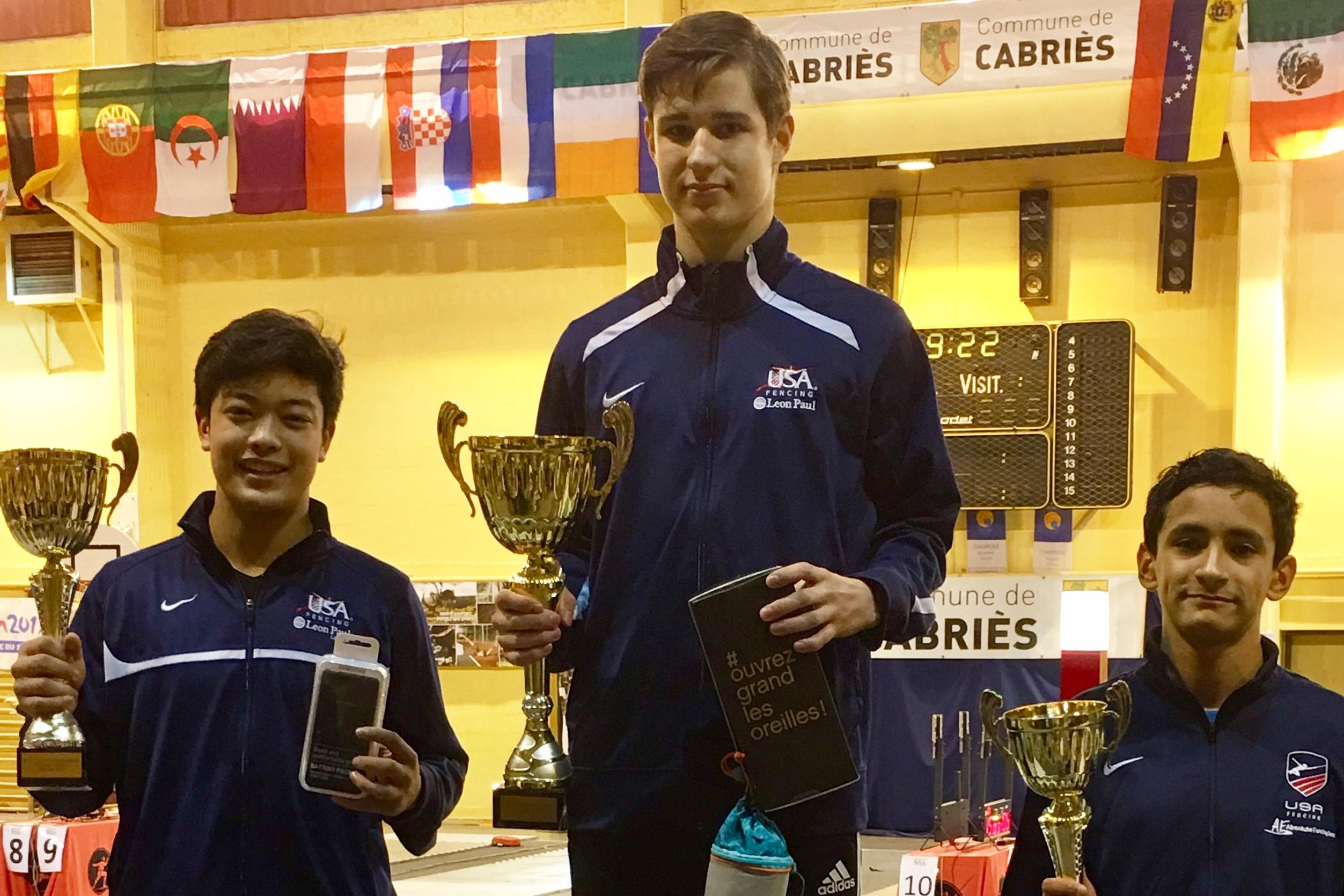 For Olivares, the gold marks his best result of the season while Bravo and Lutar each claimed his first medal on the circuit.

Olivares overcame Victor Leman-Loubiere (FRA), 15-10, for a place in the semifinals, where he bested his teammate, Lutar, 15-11.

In an All-American final, Olivares edged out Bravo by a score of 15-12.

Bravo started his journey to the final with a 5-1 record in pools and a 15-6 victory over Razvan Cristian (ROU) in the table of 128.

Zheng, who won bronze in Cabries last season, finished eighth on the day, his best result on the circuit this season.

Bravo’s semifinal bout against Valerian Castanie (FRA) went down to the wire as he took the bout by a touch, 15-14.

Competing in his first Cadet European Cup, 14-year-old Lutar went 5-1 in pools for a bye into the 128, where he posted a 15-10 victory Georgios Kampaniaris (GRE).

On Sunday in the team competition, Team USA had two teams competing with USA 1 taking sixth and USA 2 claiming seventh.