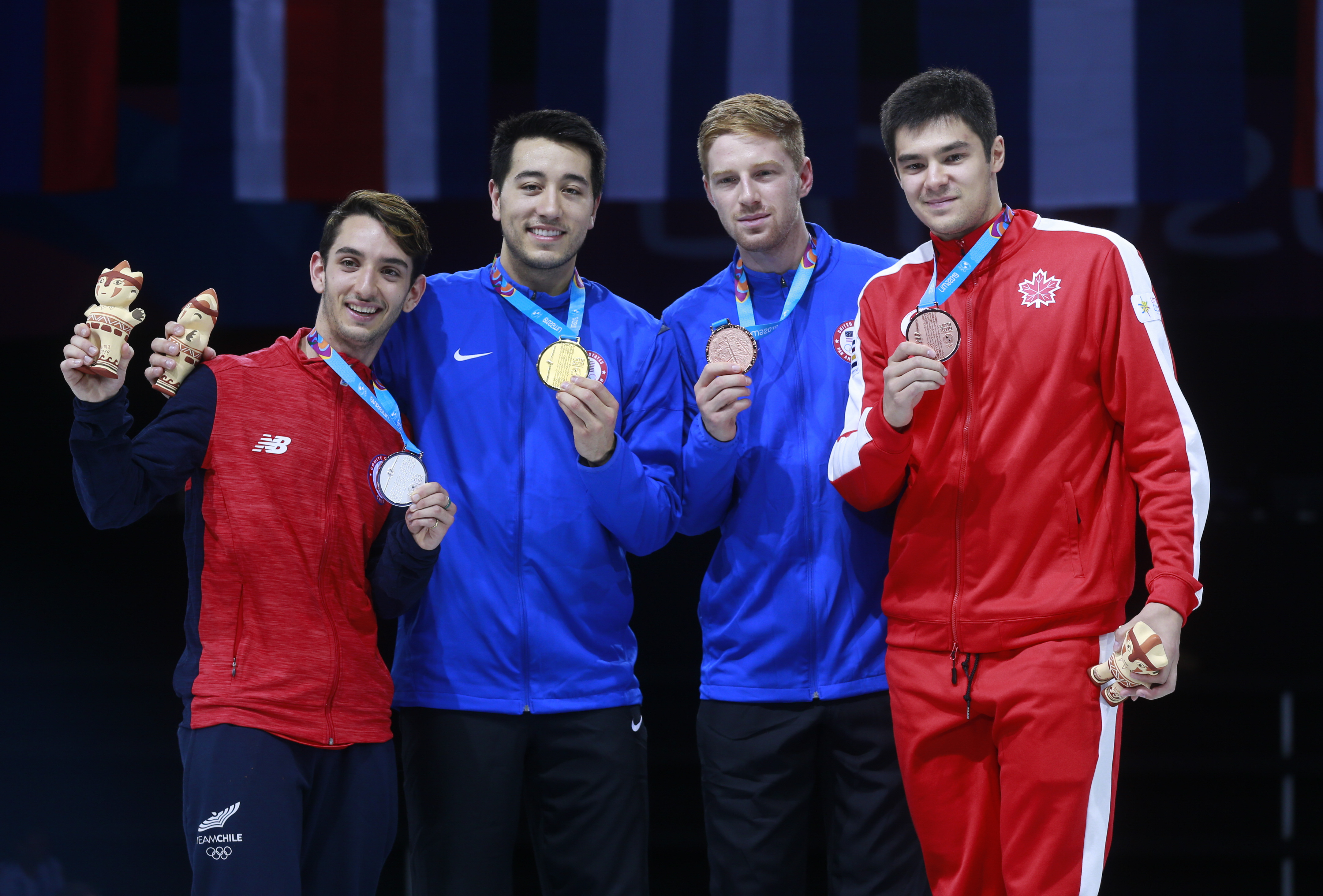 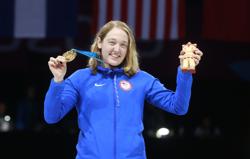 (Colorado Springs, Colo.) – For Gerek Meinhardt (San Francisco, Calif.), this year’s Pan American Games is said to be his last – an event he returns to after winning individual foil silver in 2015 and team golds in 2011 and 2015.

Meinhardt and Stone have each won Pan Am Championship titles with Stone taking gold this year and Meinhardt earning titles in 2013 and 2014, but Tuesday would see both fencers earning Pan American golds for the first time in their careers.

Race Imboden (Brooklyn, N.Y.), Meinhardt’s teammate on the squad that won bronze at the Rio Olympic Games, added to Team USA’s medal tally with a bronze in the foil event as well.

Meinhardt went undefeated in pools, posting five straight wins to take the No. 1 seed in the direct elimination rounds and bye into the quarter-finals.

Imboden dropped a bout in pools, but his 4-1 result was good enough for the No. 3 seed in the direct elimination rounds where he bested Sebastian Alberto Tirado Flores (PUR), 15-11 in the 16.

Meinhardt and Imboden each secured medals with strong wins in the quarter-finals where Meinhardt defeated Augusto Antonio Servello (ARG), 15-8, and Imboden took out Eli Schenkel (CAN), 15-5, with a 9-3 run to close his bout.

In the semifinals, Meinhardt scored six straight touches against two-time Pan Am Championships medalist Max Van Haaster (CAN) to end with a 15-7 win.

With Gustavo Alonso Alarcon Sirriya (CHI) up at 10-7 against Imboden in the first period, Imboden put up a 6-1 run to close the period at 13-11. The Chilean regrouped during the break, however, and put up four straight to steal the win over the World No. 2, 15-13.

Meinhardt took on the Chilean in the finals, building a 7-0 lead in the first minute, but Alarcon clawed his way back into the bout, cutting Meinhardt’s lead to 13-10 at the first break.

“When your lead gets erased like that, you just have to focus on the next touch,” Meinhardt told teamusa.org. “Regardless of what the score is, that’s always my mentality. I was happy I scored those seven in a row because I still had a lead when he came out like that. I just had to focus.”

In the second, Alarcon took the first touch, but Meinhardt ended with the last two of the bout to claim a 15-11 victory.

“It’s incredible, getting to represent the U.S. fencing with a gold medal,” Meinhardt said. “It’s always fun to go out there and represent your country. When you come out on top, it’s even more special.”

On Friday, Meinhardt and Imboden will fence in the team event just over two weeks after winning the Senior World Championship title in Budapest. They will be joined by 2019 Senior World team member Nick Itkin (Los Angeles, Calif.) who will be fencing at his first Pan American Games after winning gold with Team USA at the Pan Am Championships in June.

Stone went into the direct elimination rounds as the No. 2 seed with a bye into the quarter-finals after a 5-0 finish in pools.

She quickly defeated Maria Alicia Perroni (ARG), 15-5, to guarantee a podium finish and a matchup against Gabriella Page (CAN) in the semis.

Stone got off to a strong lead at 8-3 after the first period, but Perez scored five straight to tie the score at eight in the second before pulling ahead to an 11-10 lead. With the score tied again at 13, however, Stone took the two touches she needed to win gold.

“It feels amazing to do this not just for myself but for the U.S.,” Stone said. “This is my first Pan American Games, so I’m not used to the hype and honor associated with it. I’m just trying to roll with it and do what I can to contribute. I’m very, very happy to bring it home after a tough mental match.”

Stone and Fox-Gitomer will fence the team event on Friday with 2016 Olympic team bronze medalist Monica Aksamit (Matawan, N.J.) who will be making her Pan Am Games debut in Lima.