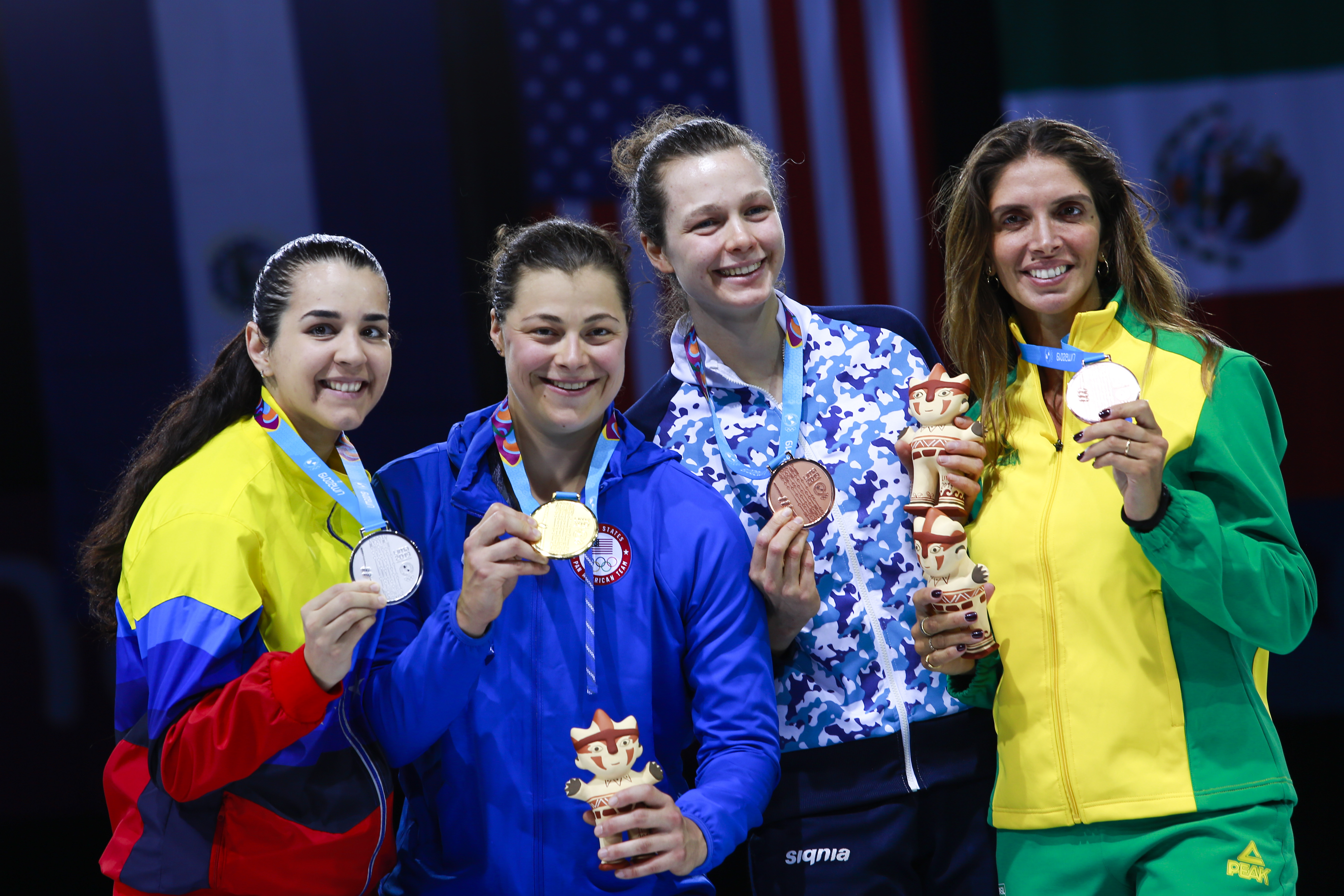 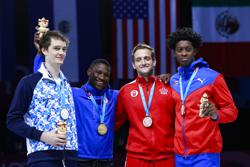 (Colorado Springs, Colo.) – Team USA ended the individual competition at the Pan American Games in Lima with two more gold medals on Wednesday, bringing the fencing haul to a total of five out of six title wins.

Team USA’s five gold medals in individual competition matches its total from both the 2011 and 2015 Pan Am Games.

Holmes, the reigning Pan Am Games Champion, became the first women’s epee fencer from any nation to win two individual Pan Am Games golds in history, defeating the reigning Senior World Champion in the process.

Holmes went 4-1 out of pools to earn the No. 2 seed in the direct elimination tables where she defeated Yamirka Rodriguez Quesada (CUB), 15-12, in the quarter-finals.

With a podium finish secured, Holmes met Nathalie Moellhausen (BRA) in the semis – just over two weeks after Moellhausen brought Brazil its first Senior World title in fencing. Holmes pulled away from a tie at two at the start of the second period and reeled off six straight to take an 8-2 lead before closing the second period at 8-5. Holmes scored first in the third with a single and kept Moellhausen at bay for the remainder of the bout, ending with a 15-9 victory.

Holmes would be pushed by Patrizia Piovesan Silva in the finals with the Venezuelan who defeated Kasia Nixon (Los Angeles, Calif.), 15-9, in the 16 staying within two touches throughout the bout. Piovesan cut Holmes’ lead to one at 11-10 with 13 seconds on the clock, but Holmes took a single with five seconds remaining, forcing Piovesan to chase her for the final seconds as she closed out a 14-10 win.

On Saturday, Holmes will attempt to earn a fourth career gold medal at the Pan Am Games when she fences in the team event with Nixon and Isis Washington (Parsippany, N.J.)

In the men’s saber event, Homer would win his first individual Pan Am Games title after taking the team title in 2015.

The Rio Olympic silver medalist went 4-1 in pools to earn the No. 3 seed into the table of 16 where he defeated Ricardo Andres Alvares Garcia (CHI), 15-3.

After a 15-12 win against Jose Felix Quintero Heredia (VEN) to guarantee a medal, Homer held off a late comeback by 2018 Pan Am Championships silver medalist Shaul Gordon (CAN) in the semis. With Homer up, 14-10, Gordon came back to tie the bout before Homer replied with the winning hit for a 15-14 victory.

On Saturday, Homer will fence with Dershwitz and 2012 Olympian Jeff Spear (Wynantskill, N.Y.) in the team competition where Team USA will attempt to win its fifth straight Pan Am Games gold in the event.