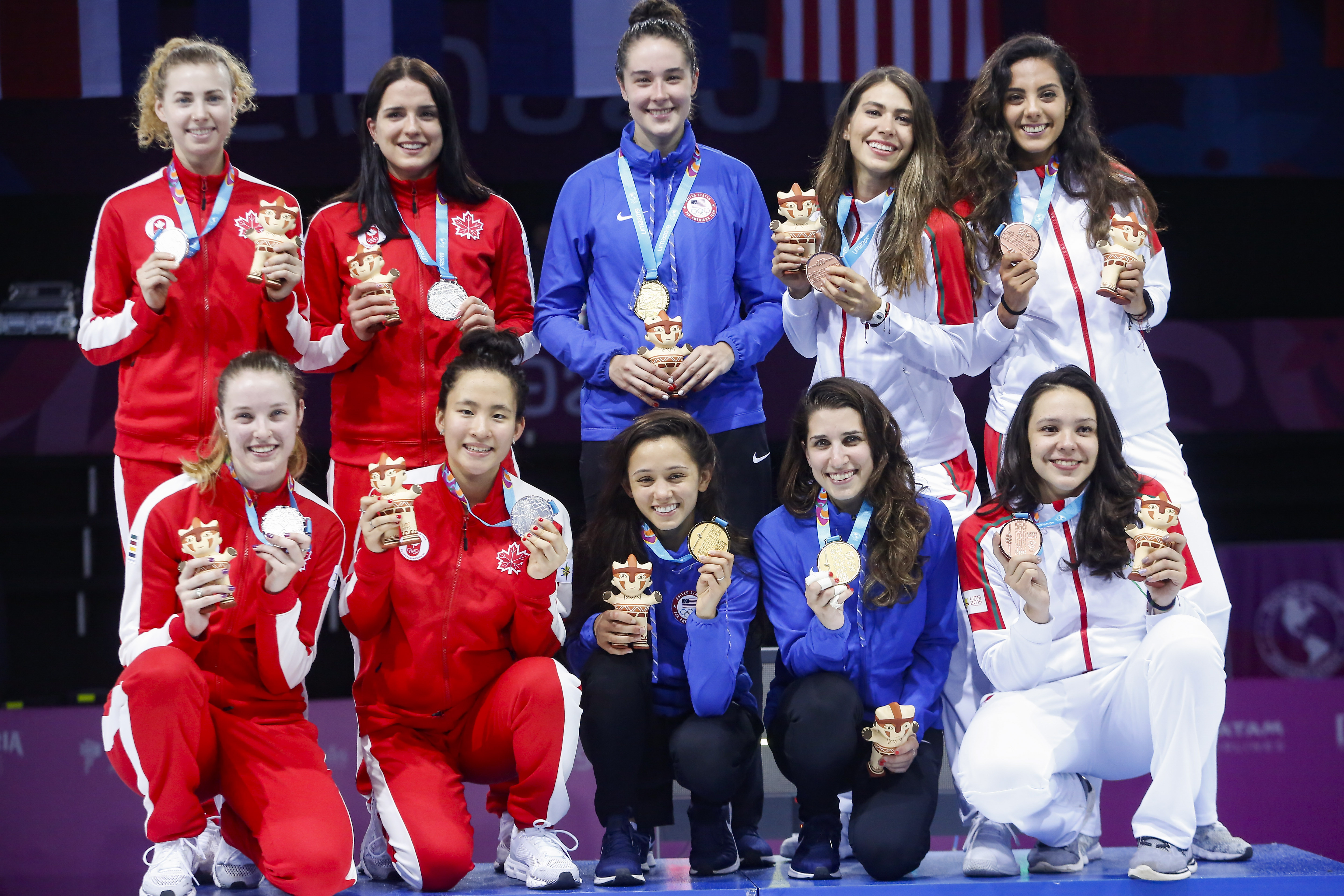 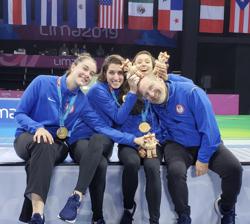 (Colorado Springs, Colo.) – The last 12 Pan American Championships and two Pan American Games have all come down to two teams in the women’s foil competition: Team USA and Canada. In the finals. Every year.

The matchup has come to be expected, but the rivalry has risen in intensity in recent years as both teams have risen up the world rankings with Team USA winning medals at the last three Senior World Championships and Canada earning sixth place results at the Senior Worlds in 2017, 2018 and 2019.

On Thursday, Team USA and Canada did battle again in the finals of the Pan Am Games in Peru. The continental rivals faced off for the third time this summer with the U.S. squads winning gold, 45-42, at the Pan American Championships in Toronto in June and taking a 45-41 win in the quarter-finals at the Senior Worlds in Budapest two weeks ago.

Three members of the squad that won bronze at the World Championships joined together with Lee Kiefer (Lexington, Ky.), Nicole Ross (New York City, N.Y.) and Jackie Dubrovich (Riverdale, N.J.) all competing in Lima. Together, the trio won or tied all nine bouts against Cuba in the quarter-finals for a 45-19 match victory. Ross and Dubrovich each posted +10 indicators on the match with Kiefer going +6 as anchor.

The U.S. team dominated Colombia in the semifinals where Dubrovich led the team in scoring at +11 while Kiefer and Ross earned +6 and +4 indicators for a 45-24 win.

The finals matchup put Canada in the position of defending its 2015 Pan Am Games title – a home victory in Toronto that came in the midst of 12 straight Pan American Championship golds for the U.S. Women’s Foil Team.

Canada brought the heat from the start, taking a 24-23 lead after the first five bouts, but Kiefer brought the lead back for Team USA, defeating three-time individual Pan Am Championships medalist Alanna Goldie, 7-2, to give the Americans a 30-26 lead. A first-time Pan Am Games Team member, Dubrovich dropped two to Rio Olympian Eleanor Harvey, but Ross, a 2012 Olympian, came back for Team USA, outscoring Goldie, 9-7, to close the eight with a 39-35 lead. In a rematch of the individual final two-time Olympian Kiefer would face rising star Jessica Guo after defeating the 14 year old rising star to win her third straight individual Pan Am Games gold. Kiefer took the win this time as well, besting Guo, 6-4, to close the match at 45-39.

In the men’s team epee event, all three members of Team USA returned from the 2019 Senior World Championship Team for a fourth place result in Lima.

In the semifinals, however, Argentina won seven of nine bouts to take the match, 45-38.

Team USA fenced Venezuela for bronze, but struggled throughout the match with Venezuela taking a 26-17 lead after the first seven bouts. In a fast-paced setup bout, McDowald outscored Gabriel Eduardo Lugo, 19-14, to cut Venezuela’s lead to 40-35. Hoyle outscored Francisco Limardo, 7-5, but couldn’t make up enough ground as Venezuela ended the match, 45-43.