U.S. Olympic Fencing Team to be Named in Richmond this Weekend 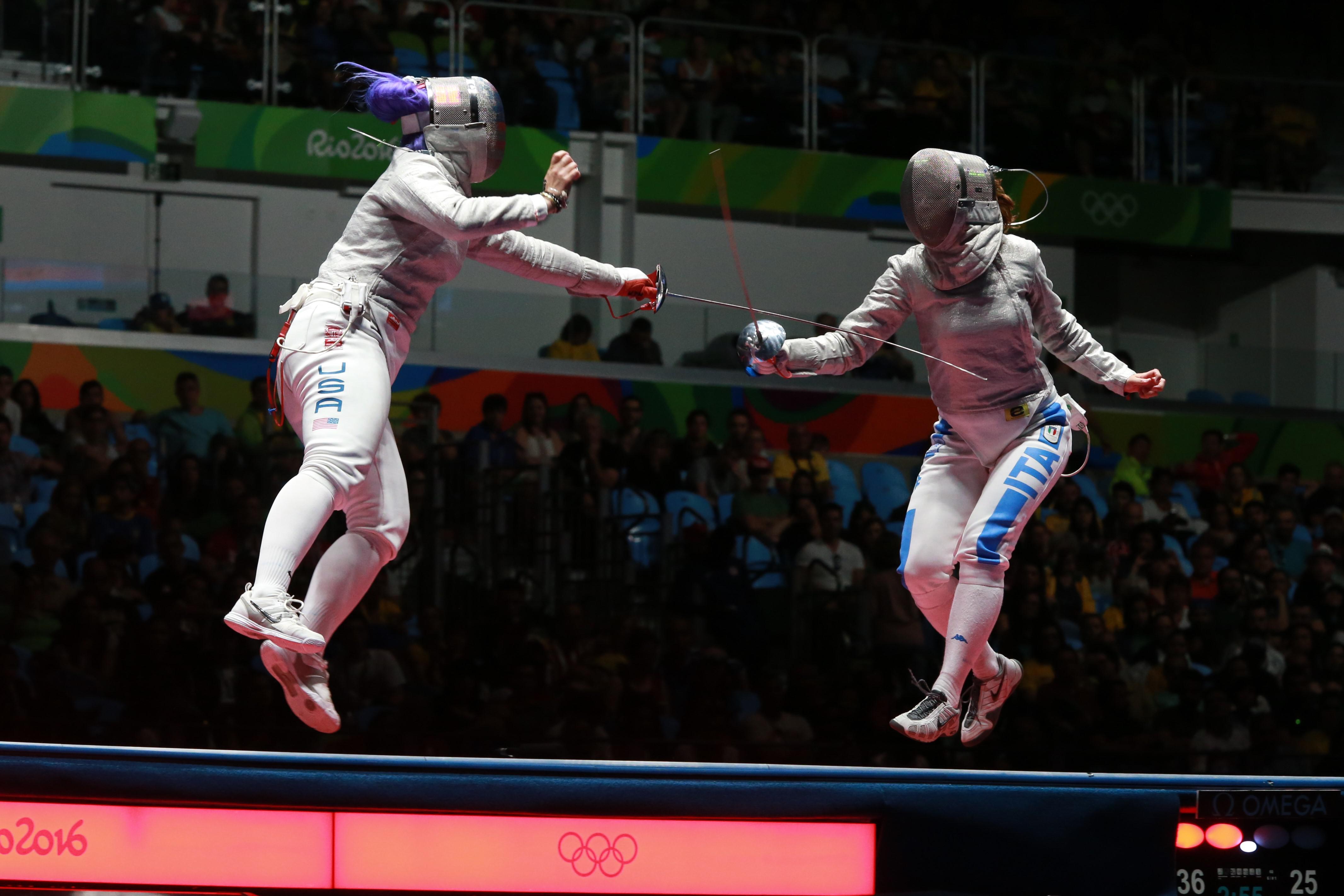 Dagmara Wozniak (left) will be fencing for the opportunity to compete in the individual event in Tokyo. Photo Credit: #BizziTeam.

(Richmond, Va.) – The 2021 U.S. Olympic Fencing Team will be finalized at the conclusion of the May North American Cup at the Greater Richmond Convention Center this weekend.

The final four spots on the 24-person squad will be determined on Friday for the men and Saturday for the women with positions open in men’s and women’s saber and men’s epee.

The Division I events at the May NAC serve as the tournament in a series of qualifiers that began in 2019 and were delayed for a year due to the COVID-19 pandemic.

The four-day tournament began on Thursday and conclude on Sunday with competition also taking place in Junior and Y14 events.

Thursday, May 6
All Y14 Events

Sunday, May 9
All Junior Events

Due to COVID-19 policies, the tournament is closed to spectators; however, finals of all events will be streamed live at www.facebook.com/usafencing.

Each of the six squads (men’s and women’s epee, foil and saber) are selected based on the USA Fencing National Team Point Standings at the conclusion of the May NAC. The qualification process began in May of 2019 and includes both international and domestic tournament results from more than a dozen events. Athletes began securing their positions on Team USA in 2020 with the men’s and women’s foil teams and women’s epee squads already completed. The top three athletes on the National Team Point Standings for each weapon will compete in both individual and team events in Tokyo with the fourth athlete in the standings serving as the replacement athlete for the team event only.

The following is a look at the three squads with positions on the line in Richmond:

Men’s Epee: Friday, May 7
The men’s epee competition has been one of the most hotly contested throughout the qualification period and this weekend will be no different with five fencers aiming for the team replacement position. Soren Thompson (New York City, N.Y. / New York Athletic Club / Princeton) represented Team USA at the 2004 and 2012 Olympic Games and is seeking to qualify for a third team just days after his 40th birthday on Wednesday. Thompson, however, has maxed out his domestic points in the rankings and will be competing in a defensive position this weekend as he looks to hold off four challengers to the No. 4 role. Dwight Smith (Elmont, N.Y. / Peter Westbrook Foundation / Columbia) finished the international qualification period with a top-32 result at the Kazan World Cup in March to climb the rankings. Smith needs at least a top-eight finish in Richmond to pass Thompson in the standings. Both two-time Senior World Team member Adam Rodney (New Orleans, La. / Peter Westbrook Foundation / St. John’s) and 2012 NCAA silver medalist Alen Hadzic (South Orange, N.J. / Fencers Club / Columbia) need at least a bronze medal finish to pass Thompson in the standings. James Kaull (New York City, N.Y. / New York Athletic Club / Notre Dame), a bronze medalist at the April NAC, also has the potential to claim No. 4 with at least a silver medal in Richmond. Two of the individual Olympic qualifiers, Jake Hoyle (New York City, N.Y. / New York Athletic Club / Columbia) and Yeisser Ramirez (Brooklyn, N.Y. / Peter Westbrook Foundation), have each withdrawn from the NAC, but Curtis McDowald (Jamaica, N.Y. / Peter Westbrook Foundation / St. John’s) is scheduled to fence as the No. 1 seed.

Women’s Saber: Saturday, May 8
Two positions remain to be determined on the women’s saber team with both two-time Olympian Dagmara Wozniak (Avenel, N.J. / Manhattan Fencing Center / St. John’s) and two-time NCAA Champion Francesca Russo (Wayne, N.J. / Bergen Fencing / Notre Dame) each locked into top-four spots, but the question remains as to who will finish third in the rankings and earn the individual position on the team and who will finish fourth and serve as the replacement athlete for the team event only. Wozniak needs a top-32 result in Richmond to secure an individual position at the Games while Russo needs to advance to the final round to potentially move past her teammate. Both athletes competed at the April NAC in Fort Worth where each earned top-eight finishes. Wozniak and Russo will join two-time Olympic Champion Mariel Zagunis (Beaverton, Ore. / Oregon Fencing Alliance / Notre Dame) and 2018 Senior World bronze medalist Eliza Stone (Chicago, Ill. / Bergen Fencing Club / Princeton) in Tokyo with Zagunis and Stone previously qualifying for the first two individual slots on Team USA. Both Zagunis and Stone are scheduled to compete in Richmond.