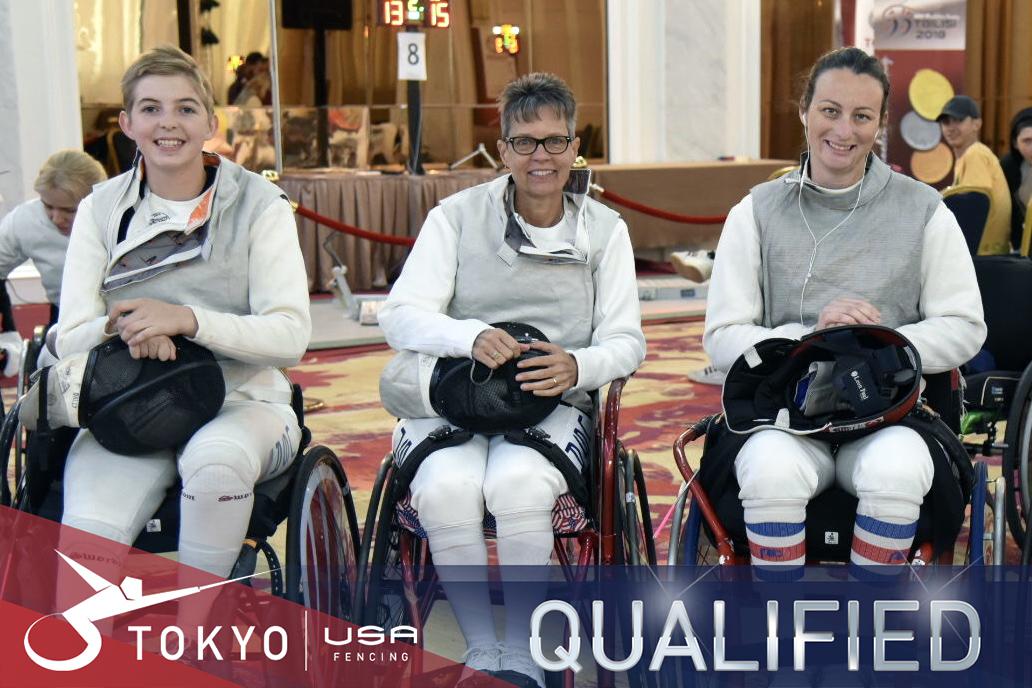 Geddes, Jensen and Hayes, all will compete at their first Paralympic Games in both individual events as well as women’s team épée and foil with fencing competition taking place in Tokyo from August 25-29.

Tokyo will mark the most athletes Team USA has sent to the Games since 2012 and the first time the United States will compete in a women’s team event since 2004.

Geddes qualifies to Tokyo 2021 in Category B épée and foil after being ranked No. 8 in the Paralympic Combined Rankings.

She won bronze at the 2018 America’s Championships in Category A épée and, during the Paralympic qualification period, earned two top-eight results in épée and one in foil. She also claimed a ninth-place finish in épée at the 2019 World Championships and a 10th-place result in foil.

Geddes, along with Hayes, mark the first female Category B fencers to represent Team USA at a Games since Andrea Demello (New York, N.Y. / Fencers Club) in 2008.

At 19 years old, Jensen ranked in the top 20 and was the top fencer in the zone in all three weapon combinations, and will compete individually in épée and saber – which is being included in the Paralympic program for the first time in 2020 – as she ranks the highest in that weapon combination at No. 16.

Jensen won silver in saber and bronze in foil at the 2018 America’s Championships before two top-32 finishes in saber and épée at her first Worlds in 2019.

Jensen earned a top-16 finish in saber at the 2019 Warsaw Wheelchair World Cup and over the course of her career has placed in the top 16 at a World Cup in all three weapons.

Both Geddes and Jensen qualified for the Paralympic Games as the top fencer in the region who was ranked in the top 25 in the Paralympic Combined Rankings during the qualification period, which began on Nov. 1, 2018.

Hayes also qualified through the Paralympic Combined Rankings. As the No. 18 fencer in épée and saber, she ranked second in the Americas and African Zone, but the top-ranked athlete Monica Santos (BRA) will compete in foil and saber instead, sending Hayes to the Games.

The Americas and Africa constitute one zone. After the 2020 Sao Paulo Wheelchair World Cup was canceled and the 2020 America’s Championships were postponed due to the COVID-19 pandemic, IWAS removed the regional championships from counting toward the rankings as well as the requirement for athletes to have competed in at least one World Cup in each region. Instead, the best six results from the World Cups during the qualification period as well as the World Championships were included.

Geddes, Jensen and Hayes also will fence in the team event with Team USA in both épée and foil. During the qualification period, the United States earned three top-eight finishes in foil while the squad finished in the top 10 in the final three épée events of the season.