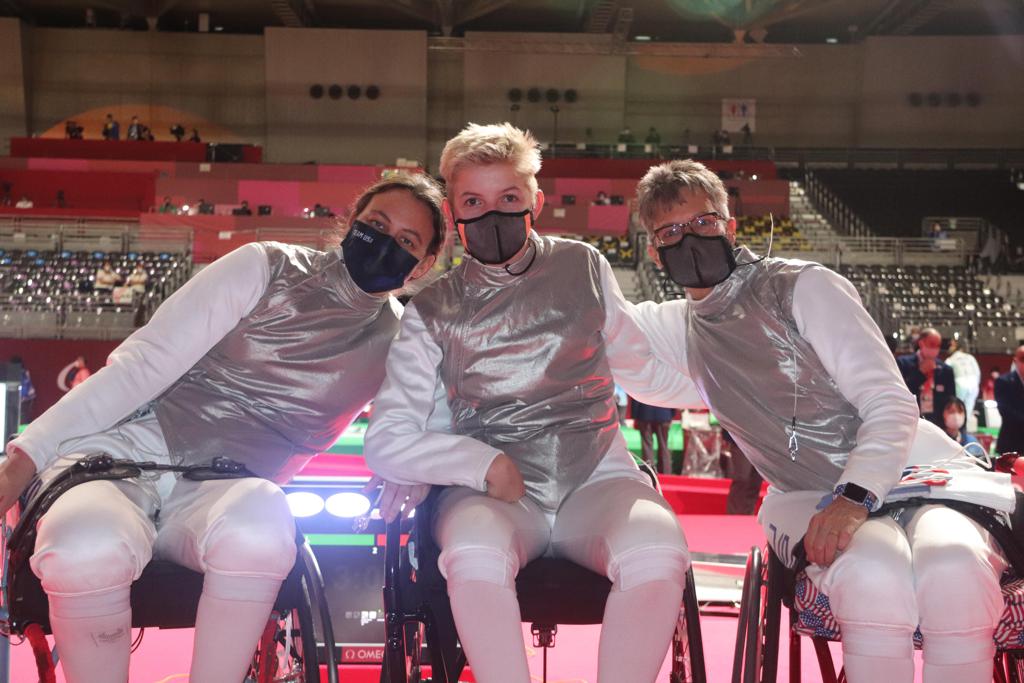 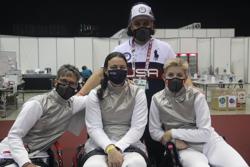 Team USA competed against Italy, Hong Kong and Ukraine on the final day of fencing competition in Tokyo.

(Tokyo, Japan) – On the final day of fencing at the 2020 Paralympic Games, Team USA brought home an eighth-place result in the women’s team foil event.

“I felt like it went good. I’m happy with the results that we got,” said Jensen, Team USA’s anchor. “We may not be going onto finals, but I’m glad that we did what we did, being the first team foil since 2004.”

Team USA finished with its best match of the day, ending pools with a 45-28 loss to Ukraine. Geddes, a four-time World Team member, won two of her three bouts for a +5 indicator, defeating Nadiia Doloh, 10-5, and Nataliia Mandryk, 8-5.

“Our bout against Ukraine, we didn’t win it as a team, but I am very, very happy with how I fenced and the couple of runs of touches that I got, so it was a nice way to me to end this Paralympics,” Team Captain Geddes said.

The United States started the day against No. 1 Italy, which included Beatrice Vio, a two-time Paralympic Champion, as well as Loredana Trigilia and Ionela Andreea Mogos. The reigning bronze from 2016, Italy bested the Americans, 45-5.

In the following pool round against Hong Kong, Team USA faced an early deficit. Although Jensen won the fifth, 10-5, Hong Kong went on to win, 45-14.

“It was a really long and difficult journey to get here and that we had the delay, but I can’t think of two other teammates that I would’ve rather traveled this with,” Hayes said. “Ellen and Shelby have just been amazing mentors to me, amazing friends, and [Head Coach] Mickey [Zeljkovic] and [Team Manager] Ginny [Boydston] have just brought us all the way to the end, and I just can’t thank them enough for making my dream come true.”