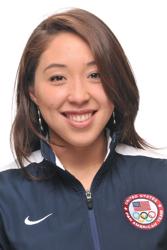 (Colorado Springs, Colo.) – Following the resignation of Soren Thompson (New York City, N.Y.) from the USA Fencing Board of Directors, London Olympian Doris Willette (Lafayette, Calif.) was elected by the Athlete Advisory Group to fill Thompson’s role as one of three athlete representatives on the board.

Willette, who has served on the AAG since 2012, was captain of the U.S. Women’s Foil Team from 2009-2012 and competed on five Senior and four Junior World Championship teams prior to her retirement in December of last year.

Cody Mattern (Beaverton, Ore.), a 2004 Olympian and 2012 World Team Champion, was elected to the board as an athlete representative in 2012 and will assume Thompson’s former role as the chair of the AAG.